Agri based business models are now necessary for India. Because lots of vegetables and other products are manufactured and directly exported to foreign countries… This brings unemployment to India because it doesn’t allow you to start a company that will bring employment in our country.

Now let us see the examples of Agro-based industries,

Eco Jute, is the best company that produce much eco-friendly Jute and Cotton products. It is a good example of agro-based industries.

They export all these bio-degradable natural products to other foreign countries.

Kissan Jam company is initially set up by Mitchel bros in 1935. And then the Mr. Vittal Malaya (UB group) bought the company from Mitchel bros in 1950. Now it is owned by Hindustan Unilever Limited since 1993.

Dabur is an Indian company established in 1884 by Dr. S.K. Burman. It is a leading FMCG company and manufacturer of ayurvedic medicine and natural consumer products. It is a best example of the agro-based industries.

The Dabur company has approximately 7243 employees until 2017. Their product services are worldwide.

The name Dabur has come from DA+BUR whereas DA represents the Doctor and BUR represents the name, Burman. And the Dabur logo contains a tree in order to symbolize, that the company is mainly dependent on the ayurvedic herbs and natural remedies.

You might already know some of its products… Amongst that one of my favorites is Dabur Honey. It is very good in taste. It gives a great opportunity for beekeeping farmers to earn their income in India.

Dabur researches the 500 Years old Ayurveda scriptures and brings it to the scientific research and validation. This way it produces natural remedy products.

Marico is one of the biggest leading company which deals with consumer beauty and wellness products. It is the best example for the agro-based industries

It successfully sells to at least 15.5 crore packets per month, that is one person of every 3 Indians buys their products.

Parachute Coconut oil is helping for the Coconut Tree Farmers

Mr.M.Manal is the founder of this big company… When he was a child he saw village people of the forest Burma treated the agitated elephants with the ayurvedic herbs and roots. And that inspired him to dig deep into it and thus became the founder of this Himalaya company. In 1999 Himalaya created a brand in the name of Ayurvedic Concepts. Then it took new innovations and expanded it to about 500 products later on.

Mr.Rajesh Mittal is the founder of the Greenply company, he is the first person in India to introduce the plywood business using sawmill in1984.

And then he created a big plant in Nagaland to manufacture the plywood with high quality in 1988.

Then the company was renamed Greenply Industries Ltd in 1996.


Greenply, however, believes in a two-fold principle – take as little from nature as possible, and give back more.

97% of Greenply plywoods are taken from the Timber trees… And so Greenply also indulges in lots of timber cultivation in India.

This way, Greenply helps the horticulture to grow in India. From this many farmers are benefited by planting Timber.

They also educate farmers about how to plant and cultivate Timber with low cost and reap much more profit from them.

In 1995 he found this Aachi Group. He is the first generation in his family to start a business with a BBA degree. He started it in the Tirunelveli district of TamilNadu, India.

Aachi Masala company has about 240 products and it is still enlarging its service. Aachi Masala products are exported around 26 countries.


As a school kid, A. Padmasingh Isaac would never ‘waste’ his summer holidays like the other boys in his hometown of Nazareth in Thoothukudi district. He would instead set up a small shop selling trinkets and candy in his neighbourhood. This was his first ‘business venture’.

Haldirams is one of the leading company in selling potato chips and other snacks items in India. This company started at the household as a small namkeen shop in the beginning by Ganga Bishan Agarwal in 1937.

Later the business was developed into a big brand and lead by Ganga Bishan Agarwal grandson Mr. Shiv Kishan Agarwal in Nagpur in 1970

He maintained and still maintaining the company to follow the traditional taste of India through his snack-food products.

In 2017, the company really got very famous throughout India and competed with foreign brands. It became popular not only in India but also it received lots of success in foreign countries.

Pepsico, Inc is the American multinational company that sells food and beverages worldwide.

Caleb Bradham is the founder of the Pepsico, Inc. in 1898. Pepsico is the 2nd largest food and beverage company in the world. Whereas, the first one is Nestle.

The popular products of Pepsico company are…

Ideally Lays’ India will buy potatoes directly from the farmer at a wholesale price of 6Rs/1Kg (approximate value).

Therefore they can create an 18 chips packet from that 1kg. Whereas 1 packet is sold for 5 Rs…

Now, profit margin according to the example is…

Anil groups are the fastest growing FMCG company in India. They are been in this market since 1984. They offer a wide range of delicious food products. It is a best example of agro-based industries. 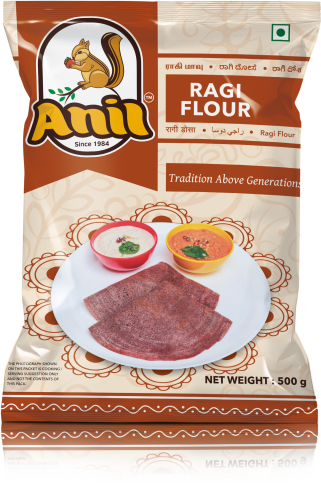 It has 50 manufacturing plants in south India.

The main products that are popular in Anil Foods are Anil Semia, Anil Ravai, Anil Aata…

So, these are the 10 best examples of agro-based industries… I hope you enjoyed the info about the best companies.

FMCG – Fast Moving Consumer Goods. That means the products which are sold very fast and consumed by the public customers.

Agro-based raw material – Here I mean the agriculture-based product which is used for the manufacturing process.

Benefits of Agro-based Industries to the Indian country

Everyday many startups rise and fall in India. But the intention behind all those businesses is profit profit profit. Of course, everyone needs money… but only some of them think about their country while starting a business.

Only a handful of people are really doing the business to serve the people of the nation.

Agro-based businesses are one of the kind which gives profit and also serves the Indian nation for its growth.

While reading the above examples you may notice how many farmers getting benefited from that business. Farmers need income and then only agriculture will grow in our country.

Greenply is the greatest example because it encourages cultivating forest. It is continuously taking the effort to plant trees. It also directly encourages others to cultivate timber trees.

If you can sell your cultivated timber woods to Greenply then you will become very rich soon.

This way, by doing agro-based businesses you can also profit and still do a large service to the Indian nation.

Thank You and Good Luck

Subscribe to Business Ideas In India With Low Investment