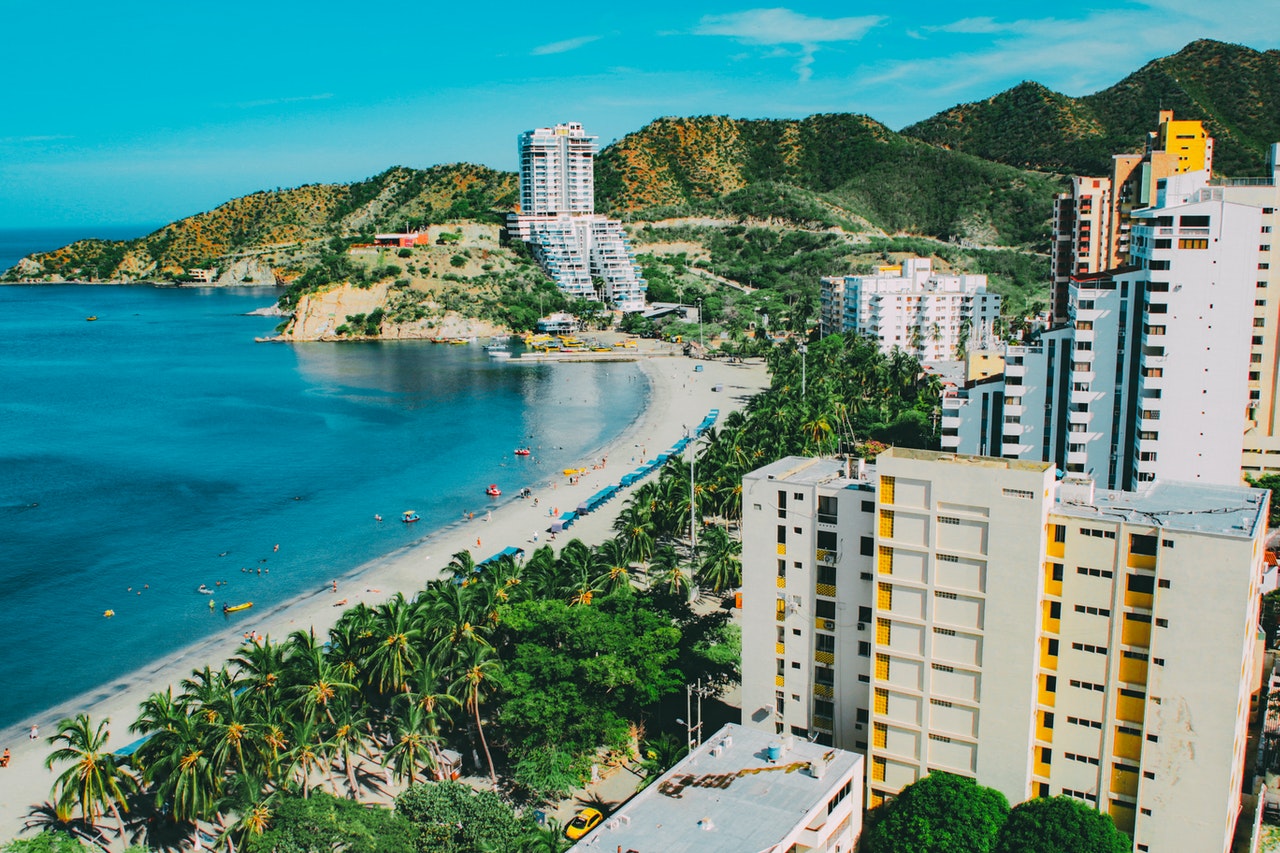 As the economic fallout from COVID-19 continues to wreak havoc, many countries have been disproportionately affected. Smaller nations, especially those with economies based on tourism, have been struggling as travel, tourism, and leisure spending, in general, have tapered off.

The centrality of travel and tourism for island nations is hard to overstate. Of the thirty countries globally in which the tourism industry makes up a majority of the economy, twenty-five are island nations. In some of these countries, like Aruba for example, tourism can account for as much as 90 percent of all jobs. The tumultuous world of 2020 has forced these economies to look for new models.

This has prompted business leaders to find innovative solutions. For months, entrepreneurs have been on the prowl, seeking out gaps in the markets hardest hit by the pandemic. Encouraging crucial development to diversify services has proven one of the most beneficial ways of helping strained nations during the current downturn. Perhaps nowhere has this been observed more than the struggling island economies, who have not only benefited from breaking new market ground but have also managed to enhance their diplomatic ties in the process. One up and coming entrepreneur, Soren Dawody, has concentrated his business ventures on enhancing the Caribbean economy.

Dawody has quite a diverse background with years of experience in the worlds of investment, entrepreneurship, and company building. The businessman has made a name for himself by advocating for and drawing attention to a paradigm-shifting Initiative called Effective Altruism, or EA. Based on a concept developed by Oxford researchers in the early 2000s, EA is a new approach to economic development that seeks to identify the most pressing systemic issues in global economies that are on the one hand solvable but have unfortunately been neglected by the international community.

EA differs from traditional charity by being firmly based in a deep, data-driven understanding of economic issues. Instead of throwing money blindly at a problem, Dawody urges investors to deploy their resources in a way that can actually affect societal change. According to Dawody,  the EA model allows investors to “shift from the heart to the intellect, to use logic and reason” to create a “lasting impact.”

Far from being a theoretical scheme, Dawody has himself actualized the EA approach in many of his own ventures. In Grenada, Dawody has championed several projects that would see major shifts and diversification in the Grenadian economy, which has traditionally been overwhelmingly based on the tourist industry. One of his primary projects for instance is a sustainable shrimp farming initiative. Grenada Sustainable Aquaculture (GSA) aims to attract investment in local communities to develop sustainable livelihoods based on a valuable industry that is ripe for export. The program has both high profitability and a low environmental footprint meaning that local residents are not displaced or adversely affected. Utilizing modern, zero-water-exchange production systems, GSA’s aquaculture is designed to synergize with local fishing operations without posing any measurable detriment to natural resources.

The firm’s mission is to bring to life Grenada’s sea farming sector which Dawody believes is the key to diversifying the country’s sources of income and support. According to GSA’s projections, once their aquaculture is equipped with mature fish stocks, it’s per annum production will be capable of scaling to more than 8,000 tons of high-grade shrimp. This volume will allow fishers to sell not only to local consumers such as resorts and restaurants but to the lucrative markets of the U.S. and South America. The projected growth of the plan is set to bring a nine percent increase in Grenada’s GDP and over 400 long term local jobs.

After years of launching his own projects, Dawody has also helped create the means for other business leaders to take part in similar initiatives. Dawody has been creative in forging cooperation between governments and private capital. This cooperation is streamlined by leveraging private-public joint ventures. Investors themselves are attracted to incentives like Grenada’s Citizenship by Investment (CBI) program which Dawody is helping facilitate through his company, Akros Global. Akros is an immigration consultancy firm based in Canada that provides assistance to high net worth individuals to obtain residency permits and other forms of alternative citizenship for countries including the U.S, as well as the Caribbean, and E.U nations. The initiative has been a major spur to economic growth, bringing together investment hungry projects and eager entrepreneurs.

Soren Dawody is a prime example of the transformative power of an altruistic investment. Joint venture initiatives mean countries can be well-positioned to deliver new economic opportunities and cushion losses to principal economic industries as effects of the coronavirus crisis continue to hurt long legacy industries. Dawody has shown the potential CBI has to offer international markets. Merging altruism and philanthropy can be just the answer for diversifying investment while enhancing struggling economies.