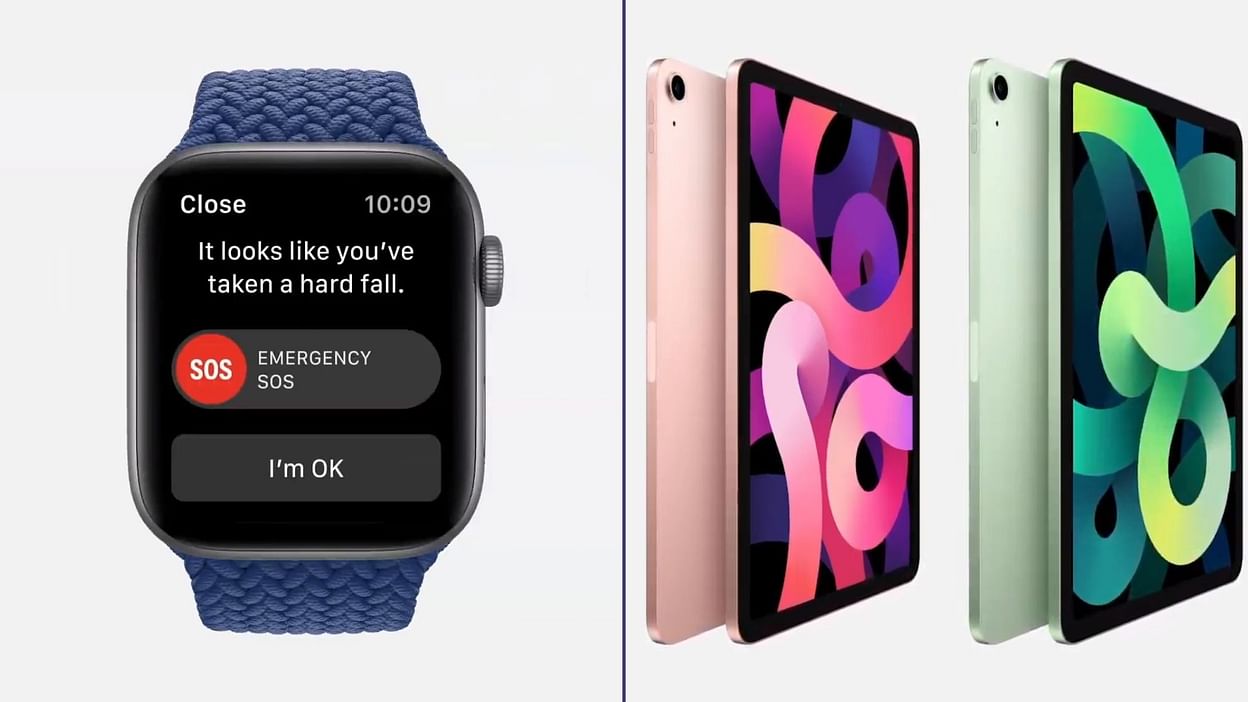 The Apple company had announced the latest versions of its Apple Watch and iPad, as well as a new subscription bundle that combines several of its services — albeit for a hefty price

For those who don’t want to pay as much to monitor their Blood Oxygen Levels, Apple introduced a slightly cheaper version of the watch with more limited and new features. Starting price is $279, the advantage of this watch is that the Apple Watch SE uses a slower chip than the Apple Watch Series 6 but is still twice as fast as the $199 Series 3 model.It will run on the latest version of watchOS. The cellular model allows for phone calls, messages and more. Like any other models, it has fall detection, the latest motion sensors and it’s swimproof.

Apple made a pitch for the Covid-19 era with the sixth generation of its flagship wearable device, adding new health and fitness features to help monitor oxygen levels, hand-washing techniques and home workouts.The Apple Watch 6 uses LED lights and photo sensors on its bottom surface to measure the amount of oxygen in a user’s blood, by monitoring how much light the blood reflects. The device can also notify users if they are at a higher altitude, to remind them that their blood oxygen levels may be different than normal.

The 8th generation of the iPad features what Apple says is an all-day battery, faster graphics and processing, a better camera and the A12 bionic chip, which Apple says is “more powerful than ever.”The device has a 10.2-inch display and comes with new iPadOS 14 features that better integrate its Apple Pencil stylus. It’s available Friday, starting at $329.Apple threw some shade at rival Google during this announcement, saying its new iPad is six times faster than the top selling Chromebook.

As with the watch, Apple chose to double down on the iPad on Tuesday, announcing what CEO Tim Cook described as an “all new, completely redesigned iPad Air.”The new iPad features a larger 10.9-inch screen, a smaller Touch ID sensor for fingerprint unlock, and a new A14 silicon chip that Apple says is its most advance yet and will significantly improve performance.The tablet comes in five different colors, including rose gold, green and blue, and will be available from next month starting at $599.