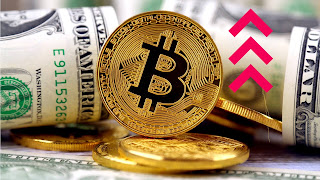 Bitcoin remains in a bullish pattern moving into the typically low volume weekend as it continues to test the $10,000 level of resistance.
The world’s largest cryptocurrency, which now has a market cap of $172 billion, is currently consolidating at around $9,385  since Monday’s Halving. which happen earlier than expected May 11. Miners receive 6.25BTC per block divided from  12.5BTC and while it might not have an immediate impact on price action, it is considered bullish from a macro perspective due to a lack of new supply.
Many People Expected Bitcoin price change After halving will Increase But not speculate after which time will that Happen, But when We look into Bitcoin Halving Historical data, people will understand price increase will take place after sometime  Few and experienced people  Know About it But many Newbies think it will shift up soon after Halving.
Lets ChecKBack into History
2012  Bitcoin halving took place on November  28, 2012, Block reward divided from 50 BTC  to 25 BTC  On which 1 BTC was around  $12   A year later price was around  $1k.
2016  Bitcoin halving  Block reward was divided from 25 BTC to 12.5 BTC  on which 1 BTC was around  $600  A year later price was around $2k in the same
the year 2017 Bitcoin hit $20k then get Back to its normal Around in price.
Historical data may be proved wrong or right because all that happened in the time where there was no Incidence or emergency like we have (Covid-19) But also the Bitcoin price change which predicted to get high will not occur suddenly if everything remains constantly compared to previous market Environment (this is only if the market will not take into account  Covid-19 but if it will take it into account anything can Happen definitely it will not go much high like before or not at all  ) And the Change will take after sometimes may take after 6 months, a year, or 1 year and 6 months.