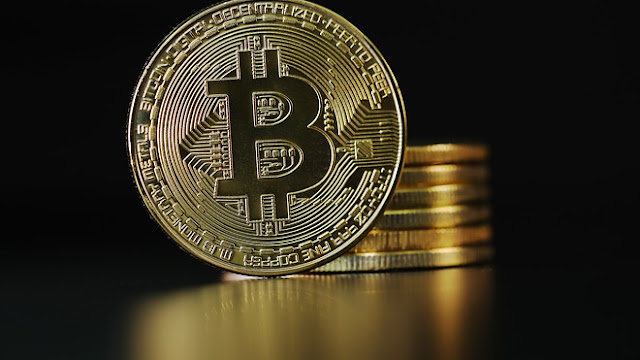 Coming Across Topics and posts detect some vocabulary which appears to be used mostly in many comments and posts currently, I understand it in general that people are talking about Bitcoin but and I didn't realize if it is the right the way I think and not sure, following different posts also see I'm not alone with some kind of misunderstood how people use the world wales or Bitcoinwalles, this is not Because I'm newbie, yes I might be in the forum but not in crypto and think of other people no matter of the ranks did they use the word bitcoin wales /wales Correctly or did they mean in the same way correlated with other people when they use it. So I decided to Find some reading online which will help  me and other people who confused by this Vocabulary or Need to adding knowledge about the terminology for the people who are already the know it

Universal Tips on How to Promote Your…
MICRO BUSINESSES
Lodestars Anthology Wales
Signs Of Carpenter Ants In Your Home
Goal 2020 review and 2021 Resolution
What Is a Bitcoin Whale?
At this moment in time, the cryptocurrency market has a total capitalization of over $200 billion USD. As you may imagine, these funds aren’t distributed evenly, which means that people can individually own anywhere from a few bucks up to millions of dollars. So who are these investors? Bitcoin whales are individuals, hedge funds, and Bitcoin Investment funds holding the highest amount of coins. In other words, these are the biggest Bitcoin investors on the market.
Due to the anonymity associated with Bitcoin’s blockchain network, it is difficult to say who owns what, but we know a high percentage of the coins is held by whales. At this moment in time, several of the major Bitcoin investment funds—meaning the biggest Bitcoin investors—include Bitcoins Reserve, Coin Capital Partners, Pantera Capital, Falcon Global Capital, Bitcoin Investment Trust, Fortress, and the Global Advisors Bitcoin Investment Fund. It’s believed that all these funds manage hundreds of thousands of Bitcoin, which can only enter digital currency exchanges via special arrangements.
Bitcoin whales are highly relevant to the market, as massive coin movements arranged by this group have the power of influencing prices and can create buy/sell trends. With this in mind, a Bitcoin whale that decides to sell part of their coins can plummet prices, as numerous others follow the trend and engage in panic selling. The same concept is valid when large amounts of coins simply move or are purchased.
Bitcoin Whale Stats
Now that we’ve discussed just what is a whale investor, let’s see how much of the market they own, how many of them there are, and where they’re keeping their investments.
According to a study made by ChainAlysis, at this moment in time, the Bitcoin whales group is a cluster made up of roughly 1,600 investors who hold around $37 billion in Bitcoin. This means that they hold almost one third of all the Bitcoin in circulation—close to 5 million coins. The coins are kept in wallets containing at least 1,000 BTC each.
To put things into better perspective, here are some statistics that will present how Bitcoin wealth is distributed amongst its richest users.
1633 addresses containing 1,000–10,000 BTC, or $22.8 billion USD
121 addresses containing 10,000–100,000 BTC, or $20 billion USD
3 addresses containing 100,000–1,000,000 BTC, or $2 billion USD.
What is Bitcoin Wales Again ?
1.Bitcoin Wales is a group that shall operate over Wales and push for Bitcoin adoption and the adoption of digital currencies.
2.It aims to be the centre point for the media or government to approach about digital currency matters.
3.There is often a misunderstanding of Bitcoin and digital currencies and we aim to be there for organisations to approach in regards to clarification about Bitcoin.
4.We will educate and teach people about Bitcoin and digital currencies so that the benefits can spread wide across wales.
5.Bitcoin Wales shall operate local groups across Wales and currently operates in Newport, Cardiff and Swansea.
6.The reason we are doing this is because we believe in the profound impact of this technology and we believe that digital currencies will greatly help Wales and the people of Wales to flourish.
More Read on
:: http://bitcoinwales.org/
:: https://bitfortune.net/bitcoin-whales/
::https://bitcointalk.org/index.php?topic=5234977.0

This post first appeared on SUMBI ONLINE BUSINESS, please read the originial post: here
People also like
Universal Tips on How to Promote Your Business On Facebook
MICRO BUSINESSES
Lodestars Anthology Wales
Signs Of Carpenter Ants In Your Home
Goal 2020 review and 2021 Resolution