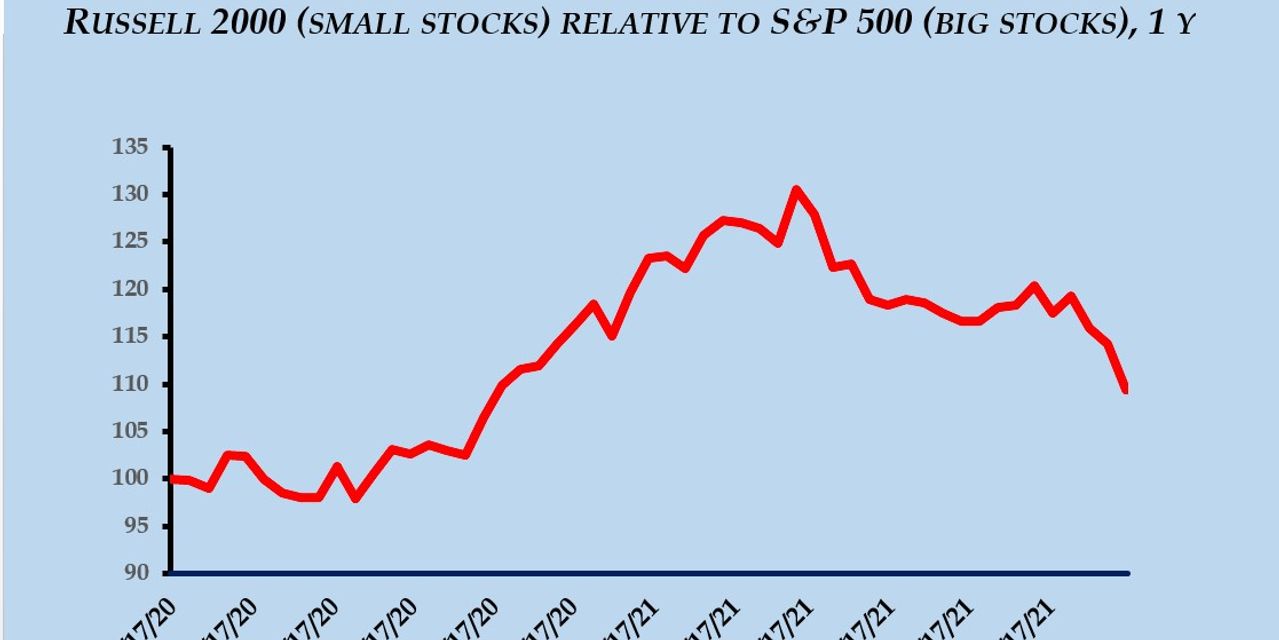 The moment when the Dow Jones Industrial Average DJIA, +0.68% tanks nearly 1,000 points (at one point) in a day is a good moment for anyone with a retirement account to double check what financial advisers euphemistically refer to as “risk aversion” or “loss aversion.”

I remember when I was young and signed up for a brief (and unprofitable) spell as a client of a major Wall Street bank, and I filled out one of those silly forms. How “aggressive” did I want to be? How “conservative”? These are meaningless terms. “How much money do you want to lose?” is a better question. “What would you do if you opened your next 401(k) statement and you’d lost half your money?”

I’m still waiting for someone to present me with an accurate way of measuring how much money I want to lose in advance. As Harvard’s Daniel Gilbert pointed out, we humans are really, really bad at anticipating how we’ll feel in some hypothetical future state.

Which brings us to the present moment.

Like everyone else, I actually have no idea what is going to happen next, and unlike many of them I’m not going to pretend otherwise. But this is the perfect moment to remember there is a perfectly plausible scenario where stocks actually halve from here.

At the risk of hammering the same old story, stock market valuations by most long-term measures are higher than at any time in history. Not just higher than 1929 or the late 1960s, but a lot higher. One reads money manager John Hussman’s permanently gloomy market commentaries at one’s peril, but they are a useful antidote to excess euphoria. One of his latest, scary valuation charts is presented on what’s known as a “log” or logarithmic scale, a mathematical tool for reducing visual extremes, and it still looks insane. “Unless you’re neutral or short, you don’t want to see what this chart looks like not on log scale,” he writes.

The point is not that the market is certain to crash or even likely to crash, but that it may, and it’s better to work out beforehand how that would make you react than to wait. I’ve covered so many market euphorias at this point that they seem as predictable as Hollywood movies: When you get to my age you know the plot, including the “surprise twist,” within the first 10 minutes. This euphoria will end badly. They always do.

And Wall Street will probably be the last to tell you.

Indeed for the last couple of weeks they’ve been trying to pretend that the economy is now running so hot that the big risk is inflation.

Meanwhile, all the actual economic indicators worth watching have been pointing in the other direction.

For instance, check out the chart above. It measures the Russell 2000 RUT, +0.46% small cap index against the S&P 500 SPX, +1.01% large cap index. Very simplistically, small-company stocks tend to be riskier, more boom-and-bust, and more tied to the domestic economy. So when they are doing badly compared to (supposedly) safer big company stocks, it is often an indicator that things may be slowing down.

Or take a look at Lumber Prices, tied to the domestic economy and the new real estate mania. Lumber prices have fallen by two-thirds since early May. Yes, really.

During the same time both the Atlanta and New York Federal Reserves have slashed their running “nowcast” estimates of economic growth by about a half. The economy in the second quarter is still expected to have to grown strongly, but by far less than was expected two months ago.

And this was happening well before the latest sudden alarm. “If recent market performance is anything to go by, investor confidence in the recovery is evaporating,” warned SG Securities’ strategist Andrew Lapthorne in a research note…a week ago. He added: “(A) variety of “reflation” plays have all headed south in recent weeks.”

The latest move might be a tempest in a teacup, the regular “summer swoon” on the stock market, or it might be something worse. We’ll find it soon enough. But for anyone taking on too much risk in their 401(k) and their IRA, this might be a timely reminder that things go down as well as up.

This post first appeared on Business News Prime, please read the originial post: here
People also like
Lemon Blueberry Zucchini Bread
WooCommerce vs Shopify: Why WooCommerce Is the Better Choice
10 of Britain’s best market towns for a weekend break
iPhone 12 Line-Up Tops Charts in Q1 2021
10 Health factors that you can improve with Delta 8