How to battle decreasing Testosterone
Best Red Light Therapy Devices to Enh…
Why Cholesterol is not all that BAD
8 Lesser Known Symptoms of Low Testos…
ChaCha: the Story of the Defunct Huma…

Testosterone cypionate, like enanthate, belongs to the long-playing esters of testosterone. These tools are able to maintain a peak concentration of the male sex hormone for a long time. A single injection increases testosterone levels by almost 2 weeks. If we consider that the half-life is 8-9 days, it is advisable to put one injection per week.

Testosterone with a long period of action is intended, to a greater extent, for mass accumulation cycles. Cypionate also shows itself well in order to preserve the muscles on the diet. Low doses are used to suppress catabolism in order to avoid unwanted aromatization. The fact is that any testosterone ester with a long side chain begins to convert to estrogen only when it crosses the dosage adequacy limit. Who uses dosages above 400-500 mg per week, should pay attention to the trace element zinc, inhibiting aromatase, in the amount of 75-150 mg per day.

If an athlete uses testosterone cypionate at dosages of 750-800 mg per week, zinc will no longer be effective. In this case, it is necessary either to reduce the weekly amount of the injection drug, or to take more powerful aromatase inhibitors. At high dosages of testosterone, the simultaneous administration of anastrazole 0.5 mg every other day should be considered.

Testosterone Cypionate for Americans is a cult drug. Choosing that better testosterone cypionate or enanthate – clearly prefer cypionate, noting the greater effectiveness of the cycle. Perhaps the experience of past generations of athletes affects the fact that our athletes prefer enanthate, rather because of the notoriousness and popularity. But by and large, all the pros and cons of these two drugs are similar, because the final choice is made up only of personal preferences and sympathies.

From the description of the drugs it follows that they are extremely similar in action. They differ slightly chemical structure and rate of release of substances into the blood. Both are applied in cycles to gain muscle mass. Combinations, dosages, frequency of injections are also identical. Conclusion – the drugs are interchangeable, cypionate more popular abroad, among American athletes. 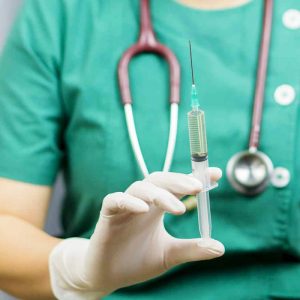 As already mentioned, beginners should limit dosages 200-250 mg per week. If you are preparing for a competition, you can increase to 400-500 without fear for side effects. For experienced athletes at a competitive level this may not be enough. In this case, a dosage of 1000 mg per week will bring super results in the growth of muscle mass and strength – the main focus of the drug.

Short cycles of testosterone cypionate or enanthate represent 6-8 weeks, but experts recommend extending the use for a longer period of 12 weeks.

Representatives of the highest caste of athletes of professional level resort to dosages higher than 1000 mg per week. Testosterone cypionate is combined with other anabolic steroids, growth hormone dzhintropin and insulin, which leads to an extremely powerful weight gain.

Women should avoid long airs and if the goal is to perform at serious tournaments, then turn to short-acting testosterone, for example, to tester P.

The main profile of action of long esters, like testosterone cypionate is mass gain. It is often combined with steroids of the same direction. The most popular ligament is testosterone cypionate and nandrolone decanoate. You can add there can be oral steroid methandienone or turinabol. Also a great addition is growth hormone, which we wrote about in detail in the relevant article – what is growth hormone.

During the cycle with testosterone cypionate, the use of proviron is a common practice.

After such powerful steroids should be carried out after a cycle of therapy. Two weeks before the end of the cycle, gonadotropin should be considered, followed by the application of clomid and / or tamoxifen.

Why Cholesterol is not all that BAD

8 Most Common Causes of Missed and Irregular Periods

How to Make a Smoothie for Sleep!