She is one of those who has enough patience and strength to go through tears, pain, and humiliation, but ultimately achieve her goal. Eleanor is from Moldova. Now she lives in Toronto, being a successful fitness model there. She wins competitions, shines on stage and on the covers of magazines, and was radiantly received by the harsh New York critics. A provincial girl from Tiraspol, she now has adored work, prosperity, a well-known name and a dream come true.

Living in Toronto Condos
How to Tell if You Have Bed Bugs?
Culturing hanginan, another commercia…
Self Motivation: How to Keep Moving F…
ما هو بوتوكس الشعر

I do get attention from passers-by. With the onset of heat, I get a lot of surprised, admiring glances. But my life is very focused on sports, therefore I am used to it.

For the last 3 years, I lived in New York. A wonderful city with the most diverse population. Here you can meet people from almost all over the world. This city is cruel, and it hardens you – that’s why only strong and open people survive here. Not once in all 3 years of life in New York, did I catch a stare or bad word – only compliments, admiration, and praise. 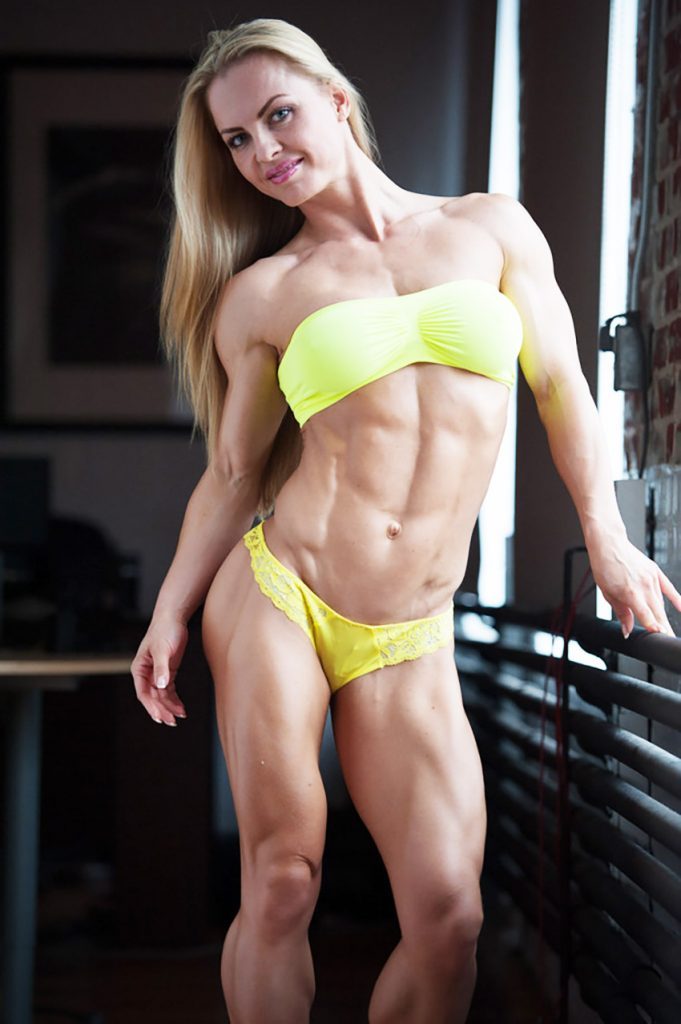 In Toronto, it’s a little different. In Canada, in general, people are colder and more closed. Since people mainly drive  home – work – home. But even here passers-by speak flattering words. Just rarer. People are afraid to just go and talk: they do not know how to react. And those who know me say that I absolutely do not fit into this cold city and this country. In principle, so it is. I feel like a New Yorker and I plan to move to America. There I am more comfortable, there are more opportunities and prospects.

And in Moldova, how did people react to such a non-standard appearance for a girl?

When I lived in Moldova – no offense to ours – I was considered a freak. They always looked at me uncomprehendingly for being athletic and not afraid to have muscles. Although at that time I was just starting my sports career, and building muscles, respectively, I had much less than now. But I did not care about the opinions of others.

In Moldova, there is a completely different mentality. Men like long-legged models, and girls. So I was kind of on my own. And my last visit to Chisinau was at the “glamorous stage”. In this society, I certainly just could not fit in any way. Nevertheless, I did not feel lonely: I had an adored job, loyal customers and good friends. I will never forget our hangouts among that “glamorous elite.” I think that “elite” will hardly forget us either.

How did your relatives and friends react to your choice?

My dad was also an athlete, he was engaged in classical wrestling. I followed in his footsteps. My relatives always supported me, as, indeed, my friends, who constantly monitor my achievements and to some extent consider me an example. Especially since I have many friends from sports.

In Moldova it is often said that “pumping iron” is not a woman’s business?

So you did not use any drugs? I was told that the female body is by nature not predisposed to such an active build-up of muscles.

You can achieve everything by work. I cannot speak for everyone, but most of the athletes in the WBFF have built muscles in a natural way. I’m one of them. I was never impressed by women who, with the help of steroids, “inflated” their body to unprecedented proportions. That’s scary! I do not understand bodybuilders at all. At least for a girl that’s too much. Fitness models are different. They are lawyers, doctors, musicians, and marketers, who just love sports and who care what they look like. But they are not fixated on bodybuilding.

Tell me in more detail what you do?

In addition to being a personal trainer, I participate in competitions, perform on stage, and do commercials. Last October I took first place in the championship and earned a PRO card. This victory takes me to a new level and now I can participate in a major championship twice a year and make money with it. I struggled many years for this. I was able to get PRO status for the first time. It was a sensation, they began to write and talk about me. Now I am preparing for a major championship, which will be held in Las Vegas. 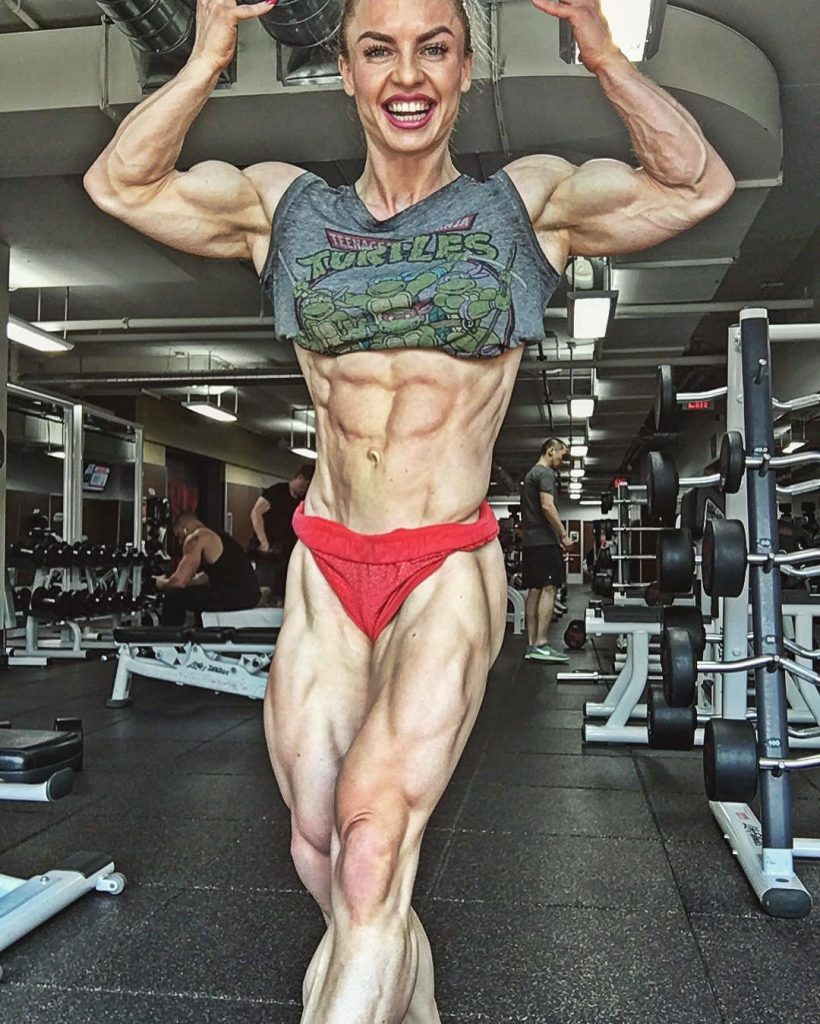 How much time will a girl need to build up like you?

Have patience. This will go crazy after a year of constant intense training. But when there is a desire – the sea is only knee-deep. The speed with which muscles are pumped up depends also on genetics. But in any case, to expect a miracle after a few months of training is not realistic. Of course, so that the body can be toned with beautiful lines of muscles, you need to remember proper nutrition.

I never understood the theory behind dieting. Just eat well. Less sweet, floury, fried … And watch how much you eat – do not overeat. Get up from the table with a slight feeling of hunger. I eat every 3-4 hours, drink 2-3 liters of water a day and I have a rapid rhythm of life. The concept of “diet” is not in my dictionary. A diet is temporary. You will last a week, maybe a month. Healthy eating is a way of life. We live with weights, we constantly weigh the amount of food consumed, and think what we eat.

I allow myself to overeat at most once a week. Or even every other week. So, seeing sweets is not a problem. But my training, my figure and my intensity of training allow it. I practice everything in the gym to the max. This is another plus of sport. You can periodically pamper yourself with goodies without remorse and damage to the figure.

How much do you weigh?

My weight depends on the season and on what kind of work I’m doing. It ranges between 54-60 kg. In winter or after preparing for the competition I weigh 60 kg. In the summer and when performances on stage are due, I drop to 54.

Remember your very first trip to the gym?

Of course! Since my childhood I’ve been admiring on TV the athletic girls walking around the stage in open, brilliant swimsuits. And I dreamed of standing in their place one day. But then, it was illegal for children under the age of 15 to go to gyms. Up to age 10, I was engaged in rhythmic gymnastics. Then the Soviet Union collapsed, all the halls were closed, and there were no prospects left. The only way to realize my sport dream was the gym.

And so it happened! I finished grade 9, I turned 16 and I went to my first training in a very small, badly equipped gym, like a basement. Except for bars and dumbbells, there was nothing worthwhile, just some primitive, not always working equipment. But I was delighted!

I remember cutting out a photo of a sportswoman from the magazine: the abdomen, the arms muscles, the inflated legs – everything was as expected, and hung this picture in my nursery – visualized the dream.It hung there for many years and, I tell you, helped me a lot.

I did. When I got pregnant, I weighed 50 kg. I really like to eat delicious food. Food is my enemy, which I struggle with every day during training. But during pregnancy, heavy meals are contraindicated, and the appetite was simply rabid, like eating for five. The result was 110 kg. A week after the birth, I was already at the gym. I hated my body. But I did not eat to cure depression, but killed it in the gym. After a year and a half I was already in better shape than before pregnancy. 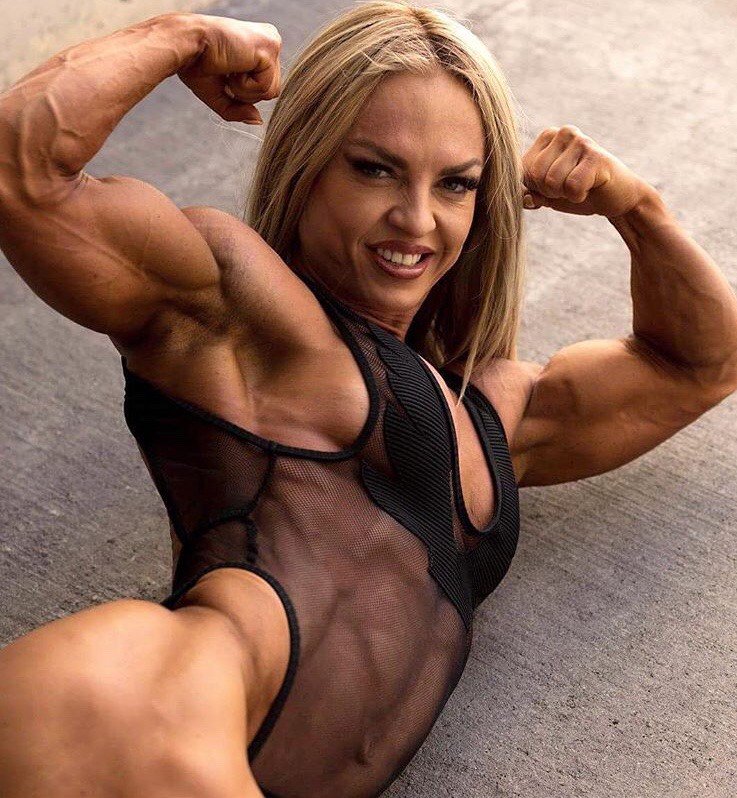 How much do you train now?

5-6 times a week for 45-60 minutes. But intensively, constantly changing exercises, so that the body is not accustomed. My sports life is not limited to a gym. I often run, I love cycling, I do yoga, kickboxing and periodically boxing. I do not force myself – I like it.

Does it happen that you take breaks in classes?

Of course, I’m a human being. There are illnesses, stresses, vacation … But pauses are always short, and I return to work with even more enthusiasm.

Having left for Canada for the first time, you returned home to Moldova. Now you also want to move from Toronto. Why?

The first time I came to Toronto was 2003. Imagine: native warm Chisinau, adored work, favorite clients, and demand. I was one of the most famous trainers in our small Chisinau fitness circle. And here I am in Toronto: 9 months of winter, closed people, an indifferent city. It was necessary to be engaged not in what is pleasant, but what is necessary. Humiliation and hatred – that’s what I was experiencing. And, of course, I returned home. I lived several years in Chisinau and again went to Canada. Toronto is still not my city. Therefore, I want to move.

How did you manage to return to your profession in a foreign country and achieve success in it, which local athletes cannot always achieve?

It took me 8 years. At first I worked everywhere the labor force was needed: the waitress in the bar, at the factory I baked rolls, cleaned the houses, worked at the grocery store. I roared every day and swore to myself that I would return to the fitness industry.

To begin with, I learned the language, I did not speak English at all when I came to Toronto. Slowly it all started to work out. After 3 years, I began to work as a personal trainer. After another 2 years, I got a visa and flew to New York. There I met people from the fitness and fashion industry, with my promoter. This city took me and carried me away. A year ago, I returned to Toronto and started participating in competitions.

I am proud of myself! I did it myself, no one helped me. I, a provincial girl, came to this huge cold country without a penny to my name. Now I have a huge house in the country, a car, a great job, a constant good salary and great prospects.

The desire to be so. How I hated my body after giving birth! Everyone looked at me with pity. I stood in front of the mirror and said: “If you do not love yourself, no one will love you, so get to work and change!” Only in my current form can I can love myself.

This post first appeared on Knowledgeable Nutrition Advices, please read the originial post: here
People also like
Living in Toronto Condos
How to Tell if You Have Bed Bugs?
Culturing hanginan, another commercially important sea cucumber species in the Philippines
Self Motivation: How to Keep Moving Forward In Your Career or Business
ما هو بوتوكس الشعر