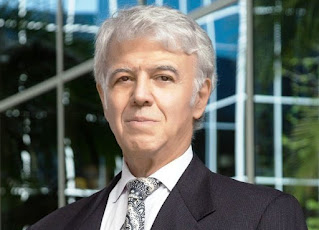 If you search on the internet about multi-tasking personalities, several names appear on the screen. They are the ones who have applied their continuous efforts to create opportunities for themselves. Jack Kavanaugh is one such personality who is a well-reputed dentist, an ophthalmologist, and a shrewd name in the field of management. A single person and so many accomplishments? Let’s learn how he made them!

Jack Kavanaugh began his journey after building a strong educational base. In 1969, he earned his education at UCLA School of Dentistry. After that, he began practicing his dentistry and made a thriving career until one day, when he met with a skiing accident, which broke his neck and leg. It also stopped his decade-long thriving career in dentistry.

However, he is a person of strong beliefs, so he stood up once again and moved to the field of management. To acquire the knowledge of this field, he joined Anderson School of Management in 1982. He then became a partner in the International Strategy Consulting Group and got involved in Mergers and Acquisitions. One of his Mergers led to Merck’s Mexican had created Cemex.

Despite establishing his feet in business management and administration, he decided to come back to the field of medicine. For this, he joined The Illinois School of Medicine In 1991. He later joined the Keck School of Medicine for his further education. He completed his residency at the UCLA Jules Stein Eye Institute.

In 1996, Jack Kavanaugh founded Amerident, a firm offering healthcare solutions. Under his expert guidance as CEO and Chairman, the company's strength reached 600 employees in a couple of years. Amerident received over 30 society awards for its work. It also earned several rewards along with the Medal of Honor for its work with the infants.

Kavanaugh has also worked as a board member in PreCash from 2000 to 2012. His management and business development skills led to the major turn-over of the company. After a couple of years, PreCash was recognized as the fastest-growing company in the United States in terms of profits by Inc. Magazine.

In 2000, Kavanaugh became the Board Member and Chairperson of Calhoun, a biotechnology firm that developed the first light adjustable intraocular lens. In 2008, he formed a company named Zeta Rx. He combined cutting-edge technologies for the formation for the treatment of cancer. Apart from these achievements, Jack Kavanaugh is still working on other ways to bring advancements.