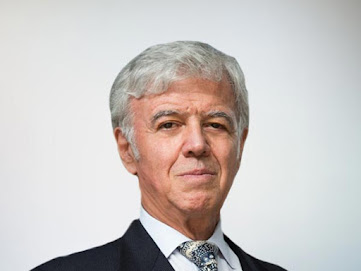 Jack Kavanaugh is an esteemed doctor and a business leader in the field of biotechnology and media. All through his career, Dr. Jack Kavanaugh served as Chairman of the board, CEO, and co-founder of the revolutionized health-based technologies. He also founded and led other firms such as Calhoun Vision to provide advanced health treatments.

He started his career as a dentist. In a major accident, he broke his leg and neck, due to which he could not continue his practice in dentistry. This major turning point in his life took him to the path of higher education to earn an M.B.A. degree. Then, he started working in mergers and acquisitions. Later on, Dr. Kavanaugh, along with one partner, founded International Strategy Consulting Group, which is an M.B.A. consultation and management firm.

Kavanaugh shifted his career into private investing and concurrently earned his M.D. degree from U.S.C. and also completed his surgical residency at Jules Stein Institute. Besides, Dr. Kavanaugh chose to work for U.C.L.A. as a visiting professor till 2008 to teach eye surgeries to his fellows and residents.

Dr. Kavanaugh, in the first year of his residency, founded a health care service provider, Amerident. Amerident succeeded to hold more than 30 community services awards for its excellent performance. It also received a state-level congressional medal for its noticeable working experience with infants.

In a decade of his career, he held the positions of CEO and Chairman. Hundreds of employees were working under him. At last, he sold the company and built a technical team, computer support, and a hosting firm where he worked as a Chairman and CEO in the year 1999. Finally, in the last month of his residency, he decided to sell the company.

As he kept on investing in the private sector, he called the first board meeting of Calhon Vision Company based on biotechnology, which is known for inventing the first-ever light adjustable intraocular lens specially used for cataract surgery in the world. Dr.Kavanaugh started serving as a member of the board from the year 2000 and afterward held the role of Chairman.

Dr.Kavanaugh also led a telecommunications and financial services company named Precash. The Inc. magazine declared Precash among the rapidly progressing companies in the USA. He continued to serve as the board consultant.

As time passed, Jack Kavanaugh developed an interest in the Energy field and co-founded Nanotech Energy. He earned the license from the foremost supercapacitor intellectual property, U.C.L.A., which offers expeditious energy storing and energy delivery technologies at economical rates. His trustworthy relationship with U.C.L.A. opened another opportunity for him, and he worked at SuperMetalix, Inc., as a CEO. Dr. Kavnaugh and his wife, both support charity work in California.