Mattia Binotto Is A New Team Principal Of Ferrari

“Former technical boss Mattia Binotto is a new team principal of Ferrari, after replacing Maurizio Arrivabene.”
Ferrari president John Elkann has decided that Mattia Binotto is the right man to lead the Italian stable in 2019.
Binotto takes immediate charge of the team. And according to Ferrari, “All technical areas will report directly to him.”
Before Binotto, Arrivabene was on this role for four years. He had been boss of the team since December 2014 and before this, he was the vice president of the tobacco giant Philip Morris. During his reign, Ferrari failed to break Mercedes' stranglehold on the F1 title. However, the team enjoyed a revival in competitiveness in the last two seasons. 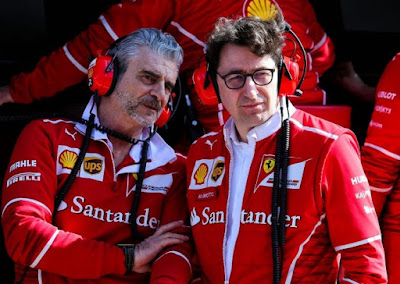 He was born on 3rd November 1969 in Lausanne, Switzerland. He did his masters from Motor Vehicle Engineering in Modena.


This post first appeared on Get More Info Of Mark Kislowski, please read the originial post: here
People also like
Best Manual Coffee Grinders to Boost Your Coffee’s Taste
F1 Delta Time Announces Auction of NFTs
Totally weird coincidences – Watch These…
The French Riviera : Welcome to the Adventure Sports Playground
2019 Maserati Levante Trofeo Changes, Price, Release
How Realistic Is It For You To Start Living A Laptop Lifestyle
10 Fastest Cars in the World Right Now
6/18 Webinar: My Power BI report is slow: what should I do? by Marco Russo
5 Reasons to Visit Monaco in 2018
Kenny Kunene’s Son #babybillionairekunene yellow Ferrari cost R23,000
56 Awesome Gifts for Travelers
Porsche 911 – Through the Years
Early Memories of Radio-Controlled Cars

Mattia Binotto Is A New Team Principal Of Ferrari