Finally after so many rumors Android - WhatsApp is officially going to integrate ads. 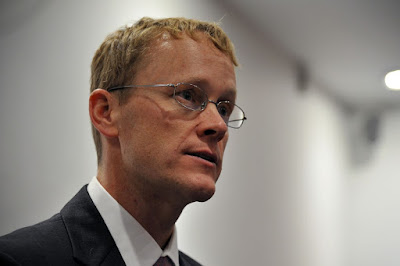 With the long legacy and monopoly in the market, Whatsapp was the lone survivor in the large pool of Chatting Apps which does not had any Advertisements and almost defended it for a decade. Unfortunately, Chris Daniels (Whatsapp VP) after much speculations confirmed the rumors with Outlook India that ads will be integrated soon in the upcoming version.

As per the reports, Ads will be placed in the Status section where you can upload and share your multimedia files like photos, videos and texts, said Daniels. This will be their primary monetization mode to earn and generate better revenue for the company’s business. However, the release date of the next upcoming version hasn't been announced yet but they haven’t expressed any other medium plans to generate revenues from the market. Other than that, Facebook’s native advertising system will be the major backbone for integrating ads in the Whatsapp Status section.

According to the public review, many people have given the dislike for the decision. Although it wasn't surprising at all, as the rumors were floating since more than a year. Brian Acton - Whatsapp co founder was pretty uncomfortable with the major step taken by the team until his departure in November 2017 from the company. What we can expect after all is that the targets ads will not compromise End to End encryption and collect data directly from the app. In the year 2012, the company posted a blog “Why we don’t sell ads” with the quote “Advertising has us chasing cars and clothes, working jobs we hate so that we can buy things we don’t want.” Nonetheless in 2014, Facebook bought Whatsapp in approximately $19 billion and it became very difficult for them to maintain their values with the original Vision of the company.

"At the end of the day, I sold my company," he told Forbes in September. "I sold my users' privacy to a larger benefit. I made a choice and a compromise. I live with that every day." said Acton. There were few privacy issues that he was referring to including strong pressure from Facebook to access Whatsapp user’s phone numbers and target the ads with the help of user’s data.

Numerous Reddit clients were felt miserable with the change and said they were thinking about a change to another safe messaging platform, similar to Signal or Telegram — however they're far less prominent than WhatsApp, which has more than 1.5 billion users. However, some were sympathetic, recommending that membership charges wouldn't be acknowledged by the network. Still others reacted that they'd been happy paying the $1 every year charge that WhatsApp tested quite a long while back.

In any case, the choice has been made. In spite of the fact that Daniels didn't announced the timeline for the advertisements release date, reports have speculated that dedicated ads & promotions will commence in the early months of 2019.
Our company provides versatile IT services, also you can Contact Us if you need any further assistance.

Finally after so many rumors Android - WhatsApp is officially going to integrate ads.

Subscribe to Major Trends In India Of Android Application Development