In today's highly digitized and computer scoped world, India has also emerged as a hub for these Technological Industries.

Initially NIIT was completely involved in imparting computer education but throughout these years of development and digitization, it has become India's leading Global Talent Development Corporation. NIIT cannot be compared with any other computer institute which has ever entered the Indian Education Sector.

How to Start NIIT Technologies Franchise 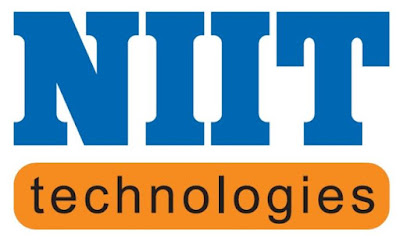 NIIT continuously contributes to the Indian Business and Trade Sector by providing them with highly trained Indian human resources.

NIIT has spread its roots in 40 other nations where it runs successfully. NIIT is training Indian students in the mainstream fields which have emerged as employment providers to the Indian people like Finance, IT and Banking and Commerce etc.

It also imparts training in Management, Vocational courses and Business Process Management. India witnesses around 3500 NIIT centers in India itself imparting computer education to students so that they can ensure their future.

As fruitful is the NIIT sector as hard is its preparation. It requires a lot of investment and only after fulfilling all these requirements, this tree will bear some fruits.

During the year 2010, Franchise plus Magazine awarded it Franchiser of the Year Award for Education and Information Technology. In 2011, The Economic Times had declared NIIT as the Most Trusted Education Brand through after a survey it conducted in the year 2011. Through its employment oriented courses has kept itself into a great notice due to which it received a lot of prestigious awards.

All the above facts prove by themselves the value proposition the becoming a Franchise for NIIT brings with it.

If an individual wants to start an NIIT Technological Educational Franchise, he/she has to fulfill its requirements.

NIIT has declared some of the requirements to establish one of these educational franchises.
First of all, the individual needs to have a free hand to support the franchise financially.

The minimum required to become one of the NIIT Franchise is around 17 to 25 lakhs only and if one can invest more to make the franchise appear high classed with all high class facilities, the amount sums up to 40 to 50 lakhs.

Then the major requirement is of the space which is around 1500 to 3000 square feet.  All this is enough to start a franchise. Once it has become a franchise, NIIT itself will provide the franchise students all study material online. At last the individual`s job is limited to finding best tutors to explain the stuff to the students.

With all the Marketing and advertisement Support, Systems and Training Support offered by NIIT to its Franchisees success is just a door away for NIIT Franchisees.

Success is just a small leap away after you fill all the desired requirements and just applying through the Application Form which is available on the NIIT Official Website and after that the experts will get in touch with you to guide yourself throughout the process.