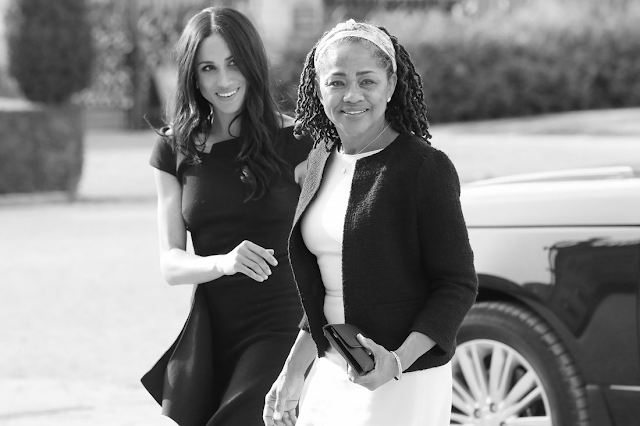 So here we are in the UK with a new HRH Duchess of Sussex, Countess of Dumbarton, Baroness Kilkeel. An African-American from humble beginnings who used social mobility effectively to become a multi-millionairess and a champion for social causes.

Headlines such as ‘Black Culture at the Royal Wedding’, ‘Wedding Landmark for African-Americans’, references to the ‘Windrush children’, ‘being biracial’ and a ‘melting pot of the royal family’, plus commentators stating the cache that there is now a ‘Wow factor of the Commonwealth’ there is a frenzy of Black culture madness that suggests that the newly appointed HRH Duchess of Sussex is the saviour of all black people across the globe. What utter nonsense. She is nothing of the sort.

Broadcasters had Black members of the public and from the charities that both Prince Harry and Duchess of Sussex championed who were ignorant of Black history between prominent African and European aristocracy. There were comments by both young and old Black members of the public who had very little knowledge of predominantly African royals and their connection to European royal houses.

That tagline recognition of ‘she looks like me’, or ‘I can resonate with her because I am also biracial’ merely shows the insecurity of the person stating it and a loss of social and cultural identity, by having to cling on to an absolute stranger from a different land to quantify their own existence.

Strong. Educated. Independent. Determined. Decision-Making. European Black women and men with these qualities do not need a Black, Hollywood American, Divorcee to come to their rescue. That is an insult to them. These intelligent, articulated, confident Black women and men stand in the power of their own Self. In fact, it is the Duchess of Sussex who needs the support of these European Black women and men. For they already know what it is like to be a Black citizen of Europe, they have known it from birth. They have traversed the trials and tribulations of integrating and assimilating into a white, class based, society and grown stronger from it in their own right, with their own cultural identity.

When I look back at Black bloodlines in the royal houses of Europe I look at the people who really were the first to pave the way at integrating into Europe’s aristocracy, but through the royal houses had portraits that depicted them as being white, by lightening their skin, or, changing the shape of their facial features to appear more European than ethnic.
Such as:
1. Princess Pauline von Metternich (1836–1921).
2. Queen Charlotte of Mecklenburg-Strelitz.
Sophie Charlotte was descended directly from Margarita de Castro y Sousa. Margarita de Castro, descended from Portuguese monarch Alfonso III and his mistress, Mourana Gil, an African of Moorish descent.
Six European royal house lineages can be traced from Princess Sophie Charlotte back to Margarita de Castro y Sousa.

There are many more personages in the European royal houses with African bloodlines, but this article is about the ‘new’ bloodline of ‘Africa’ into the British royal family through HRH Duchess of Sussex.
HRH Duchess of Sussex is now the acceptable face of ‘ethnic’ in the royal house of Windsor. Any children that they might have shall appear more Caucasian than Black and one would never know that they had African blood if Doria Ragland; the mother of the Duchess of Sussex, was written out of the history books. Or indeed, if artists were commissioned to paint Doria Ragland as having more Caucasian features and skin colouring. As I understand it, that was the stance a century ago by the Lord Chamberlain’s Office when royal houses were trying to pair off the daughters and sons to prominent families and forge alliances across Europe. The ugly royals were painted more favourably to illicit an invitation for marital union. The darker royals were painted a tad fairer to instill respectability of the suitor to the lineage. 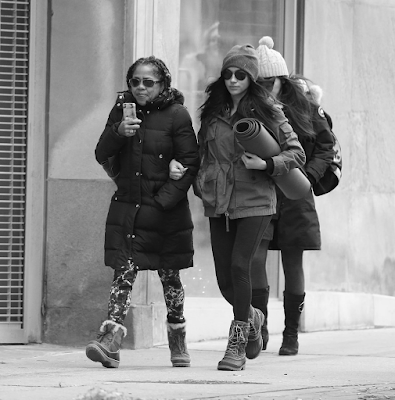 So although HRH Duchess of Sussex is a welcomed addition to the British royal house it remains to be seen whether she can fully integrate into the aristocracy and make her own unique mark as a Black European royal in her own right.
Will she be a saviour for what she stands for? Or a novelty of her new role? Only she can decide this and whatever she decides shall have no impact on me being a strong, educated, independent, determined, decision-making, Black British woman that I already am.