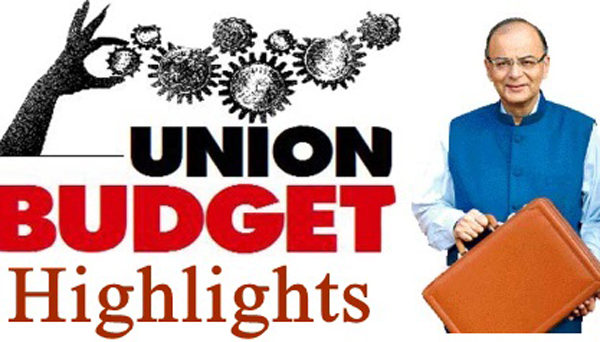 Reintroduces long-term tax after 14 years; imposes 10% tax on dividend distributed by equity MFs
The Centre has finally bitten the bullet on increasing taxes on capital market investments with reintroduction of long-term Capital Gains (LTCG) tax after 14 years. The Union Budget 2018 proposed to levy 10 per cent Ltcg tax on profits of more than Rs 100,000 on shares and other equity-oriented investments. Until now, such transactions were entirely exempt from taxes, while a flat 15 per cent rate was applicable on short-term capital gains (profits made on investments held for less than a year).

Market players said levy of LTCG without scrapping of the securities transaction tax (STT)—which was introduced in 2004 in lieu of LTCG—was a negative for the market.

The Centre, however, managed to soften the blow by grandfathering the existing investments.  In other words, while the new tax will be applicable to all investments, the reference price would be the highest quoted price on January 31, 2018 or the cost of acquisition, whichever is higher.

The Centre also went after the booming mutual fund (MF) sector by introducing a 10 per cent dividend distribution tax (DTT) on equity schemes.

“Taxing of long term capital gains on listed shares and also levy of DDT on equity-oriented MFs is likely to temper the return for high net worth individuals. But grandfathering of gains accrued until January 31, 2018 will limit the adverse impact. Small investors too have been protected,” said Kuldip Kumar, Leader Personal Tax, PwC India.

The Centre in the budget documents said introduction of LTCG was necessary to curb misuse.

“(No LTCG) regime is inherently biased against manufacturing and has encouraged diversion of investment in financial assets. It has also led to significant erosion in the tax base resulting in revenue loss. The problem has been further compounded by abusive use of tax arbitrage opportunities created by these exemptions. In order to minimize economic distortions and curb erosion of tax base, it is proposed to withdraw the exemption,” said the Finance Bill.

BSE, in a pre-budget representation to the government, had said LTCG exemption was costing the exchequer Rs 490 billion annually in tax collection.

Market players said the annual collection could be much lower. The rally since 2014 has pushed the reference rate (January 31 prices) higher which could lower the gains. The Centre collects close to Rs 80 billion annually through STT, the rates for which have been kept unchanged.

“The government's move to impose LTCG and the decision to retain the STT will dampen the investor sentiments. While the tax will adversely affect serious investors, who are funding the India growth story, while short-term traders will be not be impacted," said K Suresh, national president, Anmi, a lobby for brokers.

Market players said the narrow difference in tax LTCG and STCG tax rates could promote short-term investment or trading culture. It could also reduce relative attractiveness of equity as an asset class.

“Until now, tax benefits were skewed in favour of listed equities but after the announcement, there would be a more level-playing field between listed shares and the other asset classes including real-estate, bonds and gold,” said Rajesh Gandhi, partner, Deloitte Haskins & Sells.

Meanwhile, the Centre said the move to levy 10 per cent tax on the distribution of dividends paid by equity MFs was aimed at creating parity between various schemes in the wake of LTCG introduction.  This new tax could lead to migration of investors from dividend-oriented scheme to growth-oriented scheme, where the dividends are ploughed to buy new units.

The Centre proposed to remove short-term and long-term capital gains tax on non-resident investments coming through IFSC. This was a key industry demand. It also said it would soon introduce a unified financial market regulator for IFSCs, another key demand.

“It is a very positive Budget for Gift City. All transactions on our exchange will now be exempt from capital gains in derivatives for all non-residents. Also, the announcement of creating a unified market regulator will bring focus on the IFSC,” said V Balasubramaniam, managing director, India INX, a bourse setup by BSE at Gift City.