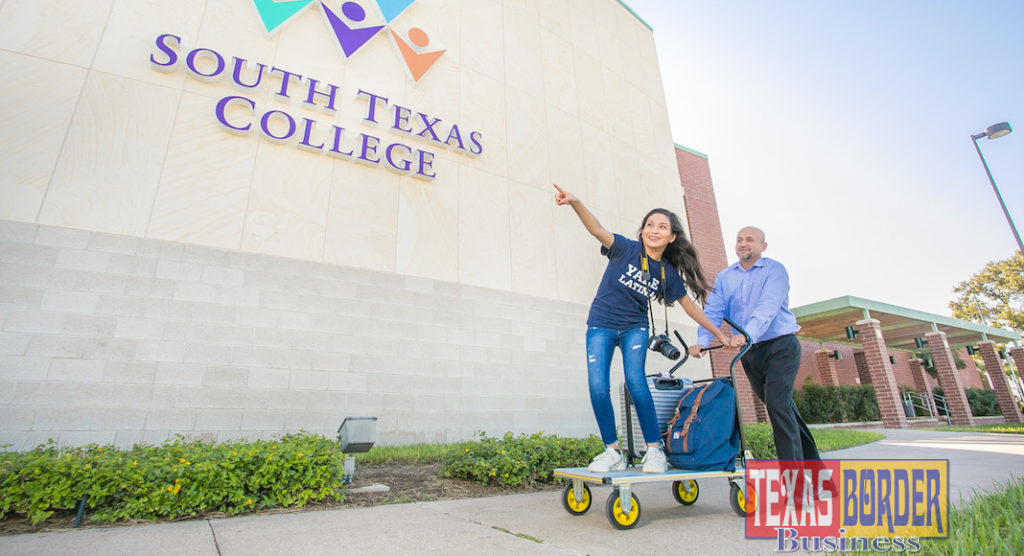 MCALLEN, TEXAS – If you’ve ever wondered about the power and potential of a South Texas College education, just ask 2016 grad, Victoria Quintanilla… A word of advice: be sure you’ve cleared your schedule.

CBD 2020: What to Expect + Our Top Pr…
Vechain Blockchain Technology Powers …
Mancora Peru Nightlife 2020 {Where To…
Still Moments
Where did the hummingbirds go?

She’s only 20, but already, she’s got stories. Stories from Yale University, where she’s pursuing a double-major in History and East Asian Studies. Stories from South Korea, where she’s currently living as she studies Korean Language and Culture at Seoul National University on a “gap year.” Not to mention her own origin story – an ambitious Mexican-American woman from a poor and underserved county who never stopped, never slept, and never forgot the support and inspiration of her community.

But for Quintanilla, it’s less about the success stories and more about what’s left to be accomplished. In South Texas, and across the world.

“Growing up on the border and seeing immigration issues and how that affects daily lives, I was interested to see how North Korean refugees adjust in South Korea,” says Quintanilla, who received two fellowships to pursue her studies. “To me, that was an important thing to understand more about.”

The topic of adjusting to a completely new environment was familiar to Quintanilla, whose rare path from South Texas to New Haven came with a few instances of culture shock – not the least of which was the very un-Texas weather.

“It gets cold up there — my first snow was wild to me,” she recalls. “At the end of the day, remembering where I came from and knowing there’s a community behind me really helps support me through any hard times.”

Quintanilla’s globe-trotting story began in San Juan, Texas, a gifted and hard-working high school student, she earned access to the Pharr-San Juan-Alamo Early College program. With the backing of the PSJA counseling and support staff, she was soon not only handling the rigors of college coursework but charging hard toward a double-major in Independent Studies and Mathematics at South Texas College.

“There was a strong bond between STC and PSJA ISD,” she reflects. “I wanted to learn at a different level because I knew that I did want to go to college, and the earlier, the better.”

Her experience at South Texas College – particularly the direct access to faculty mentors – gave her the confidence she needed to take her aspirations even higher. Like her father, also an STC grad who continued down the four-year university path, she was determined to build the skills she would need to achieve her goals, even before she was sure exactly what those goals were. For an ambitious young academic looking to build confidence, South Texas College represented a golden opportunity.

“I was able to take a variety of courses that were taught in different styles that I think really allowed me to get a grasp of how to work with different types of people, different kinds of interests … just really explore to the fullest extent all my different pathways,” says Quintanilla. “And that’s something I don’t think I could have found really anywhere else.”

By now, she’s used to the double-take when she mentions her community college-to-Ivy League trajectory. Nevertheless, Quintanilla is quick to credit her “home college” for providing a road map for academic success.

“I think what’s really special about STC is the fact that it gave me the foundation, the soft skills particularly, to really prepare myself for, not only college but just regular work life in general.”

That foundation has held steady through two years, and tens of thousands of miles, between South Korea, South Connecticut, and South Texas. Quintanilla’s interest in using her education to improve the lives of social minorities worldwide has ensured not only a full class schedule but a full travel itinerary, as well.

And don’t expect it to stop after college. Upon graduation, Quintanilla hopes to return to Korea in a professional capacity, working with a non-governmental organization (NGO) to promote human rights and ultimately, build an for underserved populations all over the world.

“That’s something that I can’t forget, and I think it’s always kind of pushed me to continue to do what I do.”