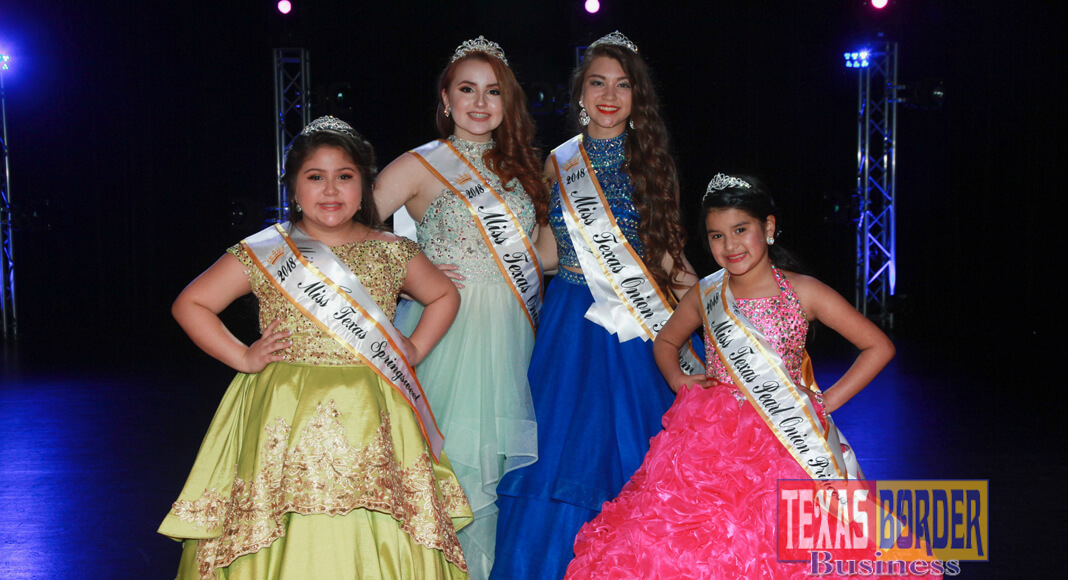 The Weslaco Chamber of Commerce is pleased to announce the 2018 Miss Texas Onion Fest Court. The pageant, produced by J.Nava Studios, was held Sunday, January 28 in conjunction with the 29th Annual Texas Onion Fest to be held Saturday, March 24 at Mayor Pablo G. Pena City Park.

Young ladies from ages 8 to 15 years old went before an audience at the Weslaco ISD Performing Arts Center to compete for four different titles. The winners are as follows:

Congratulations to all the girls for their hard work and dedication to the pageant.  All the girls will make an appearance at the Texas Onion Fest on Saturday, March 24 at Mayor Pablo G. Pena City Park.

Congratulations to all of this year’s pageant participants. For more information contact the Weslaco Area Chamber of Commerce at (956) 968-2102, or visit www.weslaco.com.

This post first appeared on Texas Border Business, please read the originial post: here
People also like
What would happen to a modern-day Moses in America?
Kim Kardashian Joins Call For Clemency For Texas Mom
NQ64 Arcade Game Bar to open in Glasgow
Impact of Remote Work on the Real Estate Industry
How Much Do Barbers Make – What Is the Average Salary
What License Is Needed To Be A Botox Injector? Do I Need Certification?
CPE Stock Forecast 2025 – Is CPE Stock a Good Investment
36 Wonderful Things to Do in Brittany, France
Ultimate Things to Know Before Developing a delivery app like Favor
Ally Venable Releases New Video “Hateful Blues”
NASW Foundation Partners with University of Texas-Austin on COVID-19 Vaccination Grant