When OTT platforms like Netflix, Amazon Prime, and HotStar started gaining popularity in India, around 2016, Sameer Nair knew that people were looking for new online content. He realised there would be a boom in demand and there was a need to create content for these audiences and platforms.

Sameer, who has over 25 years of advertising, film, television, and media experience, had worked with NDTV Imagine, Star TV, and Balaji Telefilms. He was instrumental in the creation of Kaun Banega Crorepati (KBC) and the Kyunki television soaps at Star. He had also worked on the launch of the OTT platform ALtBalaji.

The idea of a differentiated content studio had been there in Sameer’s mind since long and he launched Mumbai-based Applause Entertainment in 2017, with the backing of Birla Group.

The creative studio works on a hub-and-spoke model, investing in the creation of content and focusing on monetisation through execution platforms and distribution network.

In terms of the business model, Applause green-lights, finances, and commissions shows, and then partners with leading streaming platforms in the country, creating a licensing IP and content model.

The workings and model

Sameer stells YourStory, “We focus on creating content, structuring ideas and figuring out how they can be made commercially viable. We then work with execution partners like BBC, Emmay Entertainment, Juggernaut, etc, with different directors and writers. We then work with distribution platforms such as Netflix, Amazon Prime, Sony Liv, MX Player, Eros Now etc.”

Applause’s newest content is Scam 1992, a Sony Liv 10-episode series directed by Hansal Mehta. Based on the book The Scam, who won, who lost, who got away, written by journalists Sucheta Dalal and Debashis Basu, it essays the life of broker Harshad Mehta and got a IMDB rating of 9.2.

Sameer explains they have a three-pronged approach to content. The first theme is adaptation of international formats and shows for Indian audiences and sensibilities. Some of the shows created under this are Your Honour, Criminal Justice, and The Hostages.

The next theme is book adaptations. Examples are Scam 1992 and Avrodh. The original content includes City of Dreams, Hasmukh, and Rasbhari. 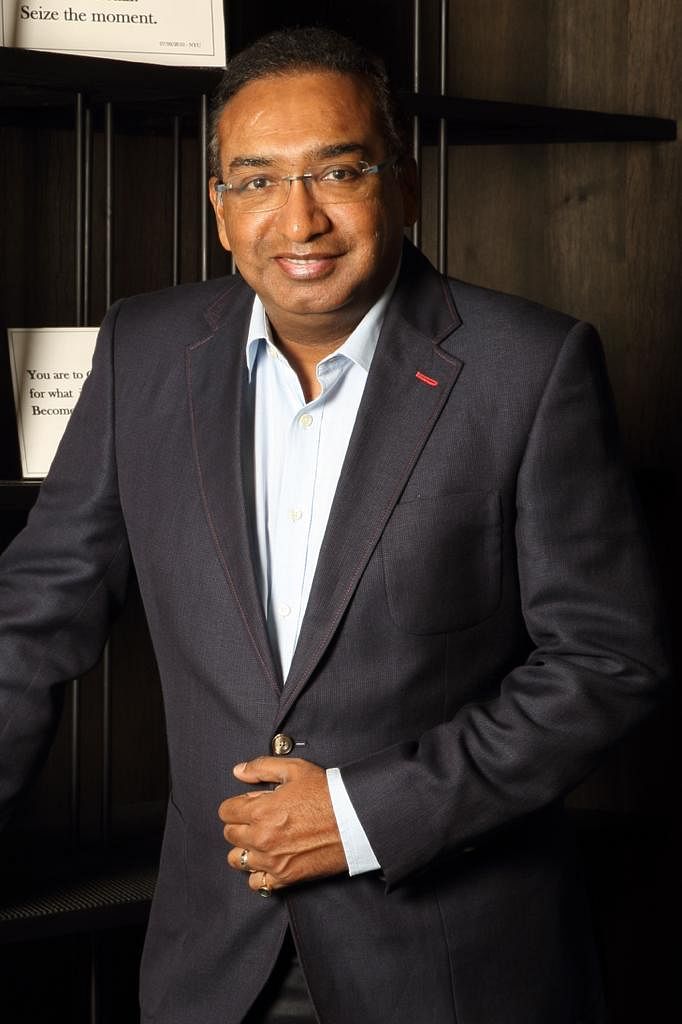 The audiences and demography

Explaining why there was a need for differentiated content, Sameer says when the K-Series were launched, it was “programming for that period”. It had a different rhythm and varied characters.

“As a storyteller, you need to keep your audiences involved in every format you choose,” Sameer says. He says in 2000 when Star worked on the K -series and KBC, there were 25 million “satellite TV homes”. In 2010, this number went to 100 million; now, there are more than 197 million satellite TV homes.

When juxtaposed with telecom adoption, are 400 million 4G users today. “These are a combination of the 100 to 300 million satellite TV homes. There is an audience that is looking for differentiated content.”

The pandemic accelerated the OTT adoption rate across different platforms.

A mass of niches

Sameer explains that while the new TV series of the 2000s were what was needed then, the audiences soon diversified. He says India as a country never had its HBO and Showtime, or House of Cards and Sopranos moments.

But this is now happening though the OTT revolution.

“You are now talking of a mass of niches, as a lot of the content is becoming individualistic and personalised. For example, you can like watching Game of Thrones, but you don’t have to watch it with your family. The streaming platforms are working on technology to bring in deeper personalisation,” Sameer says.

He explains the market allows creative studios like Applause to cater to the mass of niches. There are many stories to tell as long as the niches are of a sizeable chunk. This means the team has to work closely with the distribution platform where they showcase their pipeline of development.

“If the platforms want, they can book content earlier. We work to understand what they want and what they are looking for. It helps us build content accordingly,” Sameer says.

Once Sameer had the idea, he contacted his friend and colleague, Deepak Segal. Unlike most founders, Sameer and Deepak decided they would avoid hiring people from their references.

“You then get into a comfort zone. We were looking to build differentiated content; we wanted to build a team of eclectic people. So, we hired people from advertising, television, and content.

“The criteria: we were looking for people who enjoy watching premium drama series, and had a grounding in storytelling, and in appreciating and executing that content,” Sameer says.

He adds that they are able to achieve this by inculcating discipline. A creative studio like Applause needs creativity and mavericks, but that needs to be within a broader framework of what needs to be achieved.

“There is always science, art, and magic in storytelling, and discipline ties it all together.”

The challenge of storytelling

When the story and the form are in place, the storytelling becomes the key. Sameer says it is “the biggest challenge”.

“The process of storytelling becomes very important. For example Scam 1992 is a great story that is well told. The well-told part comes from performances, writings, narratives, production etc. - all that contributes to the storytelling.

“Our focus is to pick unique subjects and ideas where we strive to dazzle, delight, disturb, and disrupt the audience. It can be all four or a combination of two or more. This means you need to keep a close eye on the idea and its execution,” Sameer says.

The market and future

Apart from Applause, larger production houses like Red Chillies Entertainment and Dharma Productions are also are looking at creating and partnering for OTT content.

Platforms like Netflix, Amazon, Disney+, HotStar, Zee5, Voot, Sony Liv, and others will touch $5 billion in revenue by 2024 in India, a PwC report says. Already the world’s fastest growing OTT market, India will be the sixth largest market by 2024.

The lockdown in 2020, and the subsequent shutting down of theatres and cinema halls has increased viewership and growth of these platforms across India. Between March and July 2020, India’s OTT sector saw a 30 percent rise in paid subscribers from 22.2 million to 29 million, states RedSeer Consulting in its India OTT Video Market report.

Applause has also announced a partnership with Gurinder Chadha's Bend It and Sunder Aaron's Locomotive Global to develop a global show titled Seeker. Collaborations with several Hollywood studios are in place to co-finance and co-produce IP.

There are some movies in development and a slate of 10 high concept features for theatrical and streaming release, in partnership with leading directors and production partners.

“We are working on new content verticals - short form, animation, and audio. We are developing animation content to leverage existing IP in collaboration with like-minded creators. We are also developing short form content for social media, UGC, and ecommerce platforms. In audio content, we are exploring content and IP creation through strategic collaborations,” Sameer says.

Top 10 Sites to watch Telugu Movies O…
How to Develop an Educational App?
Step-by-Step Guide on Creating the Ul…
A Word on Anti-Furry Sentiments in th…
New Mailchimp Review 2020