The rise and rise of the Indian SaaS startup

A report from Tracxn shows that the number of software-as-a-service (SaaS) startups in India have almost tripled in the last five years - from 3,000 in 2014 to 8,336 in May 2019, and this number is only expected to grow. India currently accounts for 2.6 percent of the global SaaS pie.

According to a joint report by Google and US-based VC firm Accel, by 2025, India is likely to become a $10 billion revenue industry with an eight percent share of the global SaaS. 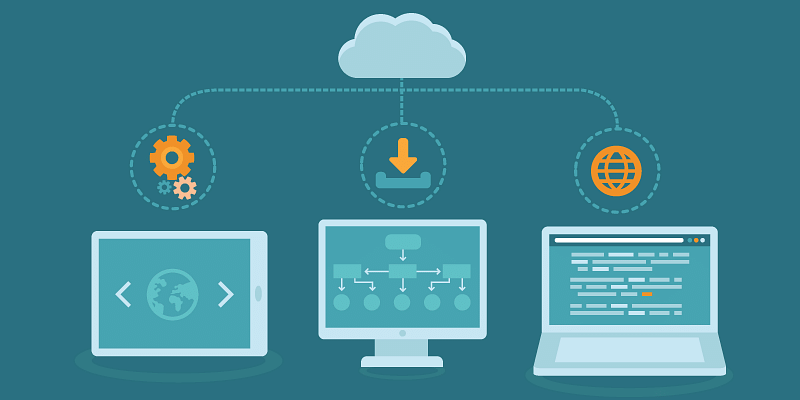 This will effectively make India the SaaS hub of the world.

And this is not a pipe dream. There are several factors at play to help us achieve this projected eight percent share. With the favourable market conditions and learnings from first-generation Saas Startups like Zoho, Freshworks, and Druva, the second generation of SaaS startups are poised to replicate and even surpass the success of companies that came before them.

SaaS is eating the world

There’s a rapid global transformation of companies moving from old-world on-premise solutions to cloud-based applications. According to a global report published by Blissfully SaaS, an average company spent $343,000 on SaaS in 2018 - a 78 percent increase from the previous year.

Interestingly, companies are now spending more on SaaS than they are on laptops. In 2018, a company on an average spent $2,884 per employee on SaaS subscriptions. This is significantly higher than the cost of a new laptop ($1,299 for an Apple Macbook Pro). Indian Saas Startups are well placed to take advantage of this transition.

Made in India, for the world

Purchasing software for a business in the ‘90s meant investing in servers, buying licences from a software service provider, and paying fees for customisation, onboarding, and maintenance. This meant that having an onsite sales team was pretty much the norm for a successful sale.

In contrast, the advent of the cloud changed all of that - the cloud commoditised software. It reduced entry and exit barriers, introduced the concept of free trials, brought in a low-touch sales model, which greatly reduced the overall costs. This low-touch sales model also meant that it wasn’t necessary for sales to be conducted in person unless deal sizes crossed a certain value.

The first generation of Indian SaaS startups has already proved that we have effectively been able to sell software to the world remotely from India. This further goes to show that geographical barriers aren’t a constraint anymore, provided the products and buying experience are good.

According to a report by KPMG, the returns in terms of ARR (Annual Recurring Revenue) per dollar spent on inside sales in India is 2.5 times that of the US-based companies.

The end customers are happy too. They don’t have to incur infrastructure costs, make large upfront payments, or get intro long-term contracts. SaaS tools are designed from the ground-up to be easily scalable, accessible, and configurable, and require minimal training/onboarding.

Another important factor that can contribute to India becoming a SaaS hub is the cost benefit.

There’s an inherent advantage we have in terms of the quality of engineering talent that is available at one third the price of that in the US.

And this talent pool is not just limited to engineering. India now also has enough skilled product managers. Because of a trickle-down effect, the current crop of SaaS companies has ample learning from its predecessors and is now in a better place to build superior products.

If we look at the traditional service delivery model, signing a large contract means hiring additional employees and scaling up infrastructure to support the terms of the deal. This usually involves a considerable amount of investment.

Unlike in the services sector, SaaS companies usually have lower, fixed, predictable infrastructure and manpower costs. Scaling up the product to accommodate the needs of larger customers involves only a marginal increase in infrastructure costs.

The revenue-to-value multiple for IT Services revenue is between 1.5x and 2.0x. For SaaS companies, this can be between 10x and 15x.

It is also easier than ever now to build new SaaS applications. Much like buying software in the past, building software too meant building the required technologies, server, and infrastructural platform from scratch.

Today, platforms such as AWS, Google Cloud, and Microsoft Azure have greatly reduced infrastructure and development costs. Add to that the availability of better and cheaper internet connectivity, coworking spaces and tools such as Stripe Atlas or Gust, all these factors have made it extremely easy to start up.

India has for the last few decades been an IT Services/BPO hub, which means that Indians are conversant with B2B tech consultancy and have deep domain knowledge.

A large, readily available talent pool from BPOs and the service industries means that Indian SaaS companies are able to hire for customer support in large numbers. This allows them to provide quick, high-quality, multi-channel support to low-paying and sometimes even free customers.

Why bet on SaaS in India?

SaaS is an inherently secure and scalable business model for entrepreneurs. The subscription business model offers constant cash flow to the business. Hypothetically, even if the rate of acquiring new customers was to dwindle, SaaS companies are protected by the moat created by the revenue from recurring subscriptions and expansion from existing customers.

Currently, the SaaS segment is growing at an annual CAGR of approximately 18 percent. Globally, the SMB market is underpenetrated and has substantial revenue potential. The global SMB SaaS segment is expected to grow at a CAGR of 36 percent by 2022.

Communication tools, file sharing, and customer engagement are expected to be the focus areas for growth in the SMB SaaS segments. There are a number of second-generation Indian SaaS startups that have already seen traction in these segments.

Additionally, now there is increasing VC interest in vertical SaaS. This trend is clearly visible with SaaS provider for spas Zenoti raising $50 million in a Series C, and mobile marketing platform CleverTap raising $26 million in a Series B round in the last one year.

The current crop of Indian SaaS startups has the potential to take on their global counterparts head-on. They are well-placed to transform themselves into larger enterprises that can rake in millions, if not billions of dollars of revenue, giving India a much larger share of the global SaaS pie by 2025.

(Disclaimer: The views and opinions expressed in this article are those of the author and do not necessarily reflect the views of YourStory.)

The rise and rise of the Indian SaaS startup