Today, most agritech startups seem to be looking at solving mainly one problem - getting fresh Produce to the consumer, both B2B and B2C. While people are increasingly embracing organic produce for its multitude of benefits, farmers, on the other hand, are finding it difficult to market the organic produce to the right customers.

After realising that farmers from his village in Telangana were facing problems to get their produce to the market, Ramaraju Lakkamraju spotted an opportunity in the segment. He says this was more evident in case of farmers following natural and organic, or Zero Budget Natural Farming (ZBNF).

Ramaraju and his cousin, Suribabu Lakkamraju, set up GoFarmz in 2016 in Hyderabad. Both have a background in software engineering. GoFarmz is a platform for farmers growing organic vegetables, fruits, and millets to sell their produce. It also lets customers buy products from the website or the app on a weekly basis.

Ramaraju says: “Our motto is to deliver farm fresh, naturally-grown veggies and fruits to consumers in the span of 24 hours after harvest.” 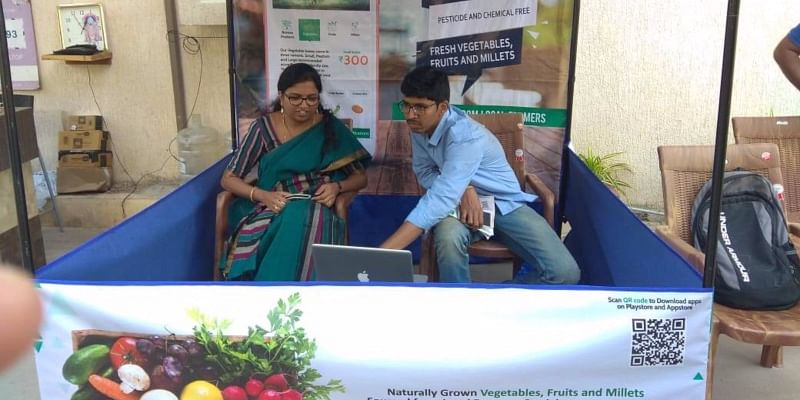 Also read: AI to test and grade fruits and vegetables? These Amazon and Snapdeal ex-staffers are doing just that

Coming from a farming family, Ramaraju’s father, who is a farmer, was finding it difficult to farm naturally. Further, getting this produce to the market was equally, if not more, difficult.

“Sometimes, my father would give these vegetables for free or even at super-low prices at the market. I thought about creating a marketplace for our own produce, but later, after communicating with different farmers, I realised they also had the same problem,” Ramaraju says.

Soon after, Ramaraju along with his cousin Suribabu, started Innasoft, a software company that built GoFarmz, a website and an app to sell fresh produce.

Initially, the team started collaborating with farmers following natural or ZBNF practices of cultivation. They also checked the authenticity of the products by visiting farms and making sure that they were 100 percent genuine.

GoFarmz procures the goods from partnered/registered farmers, and the team adds 15 percent to the farmers' price and delivers it to consumers by adding delivery and other charges.

“We collect the produce from these farmers every week on Friday. The orders are placed on the website and the app from Sunday to Thursday in three baskets - vegetables, fruits, and millets. We also display the information of the farmer for every item that is placed on the website,” Ramaraju says. 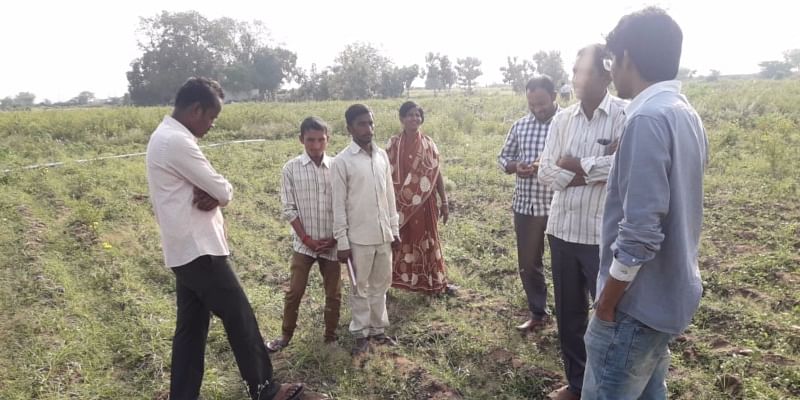 The GoFarmz team with farmers.

The orders, in turn, are delivered on Saturday and Sunday. In case someone wishes to cancel the order or want to modify their baskets, the same can be done on every Thursday, he adds.

“We have 3,000 customers registered on the platform, and 15-plus farmers on-boarded till now,” he says. Every week, the team clocks an average of 100 orders, at Rs 500 per item. The average basket size ranges from six to eight kg.

The team is currently working out on setting up a small warehouse in Hyderabad.

Currently, GoFarmz has tied up with few grocery and kirana stores in Madhapur, Kondapur, Gachibowli, Manikonda, and Filmnagar. The team is also in the process of developing an app for bulk buyers and wants to be a complete marketplace for naturally-grown products across the country.

“For farmers, it should serve as a marketing platform to sell their products in a hassle-free manner, since we are developing an app specially for them to provide information about their products’ harvest and selling information,” Ramaraju says.

Some of the other players following the B2B farm-to-fork models include Hyperpure by Zomato, and other well-known players such as Ninjacart, BigHaat, and several others.

On the business front, the B2B farm-to-fork market is estimated to be $180 billion plus,  growing at nine percent annually. The market is very stable as fruits and vegetables are an essential commodity.

For GoFarmz, the differentiator lies in the focus on organic farmers and natural produce. The team has at present tied up with a few local players for delivery, and claims to be setting up its own delivery team.

In order to connect with more farmers, the team already has a few natural organic food producer organisation tie-ups and has a farmer network. “We have placed an option called “Refer a farmer,” where a customer who knows someone already into natural farming can give us the details, and our team will follow up,” Ramaraju says.

Also read: This agritech startup founded by IIT Delhi alumnus is serving over 55,000 farmers in Bihar, Uttar Pradesh, and Odisha

Giraffe running wild in Stratford Rad…
Calm by Wellness CBD Review
Cardano Foundation Launches AdaPay
When will the fun start?
How to Become a Successful Affiliate …