Building on your passion: how this 36-year-old went from being an investment banker to a prime real estate developer

Backed by marquee investors such as Mohandas Pai and Ranjan Pai, Mayank Ruia is building one of the most design-centred luxury housing projects in Bengaluru.

It was mid-2015 and 36-year-old Mayank Ruia was putting the finishing touches to the final plans for one of the largest residential towers in Bengaluru. One Bangalore West, located in the western suburb of Rajajinagar and spread across 17 acres, had caught the eye of many. Investors Mohandas Pai, Ranjan Pai and Abhay Jain were among them.

The three were so impressed with the project’s design and quality that they recommended it to friends, who, in turn, ended up buying properties in the project.

When the three investors first met Mayank, he was Group Director at Phoenix Mills' Residential Business. In him, they found a man brimming with ideas and aspiring to become an entrepreneur. His five-year stint with Phoenix Mills turned him from an accidental builder to an experienced real Estate leader.

“I started as an I-Banker and worked for eight years before I became a builder,” says Mayank Ruia, CEO of MAIA Estates LLP. 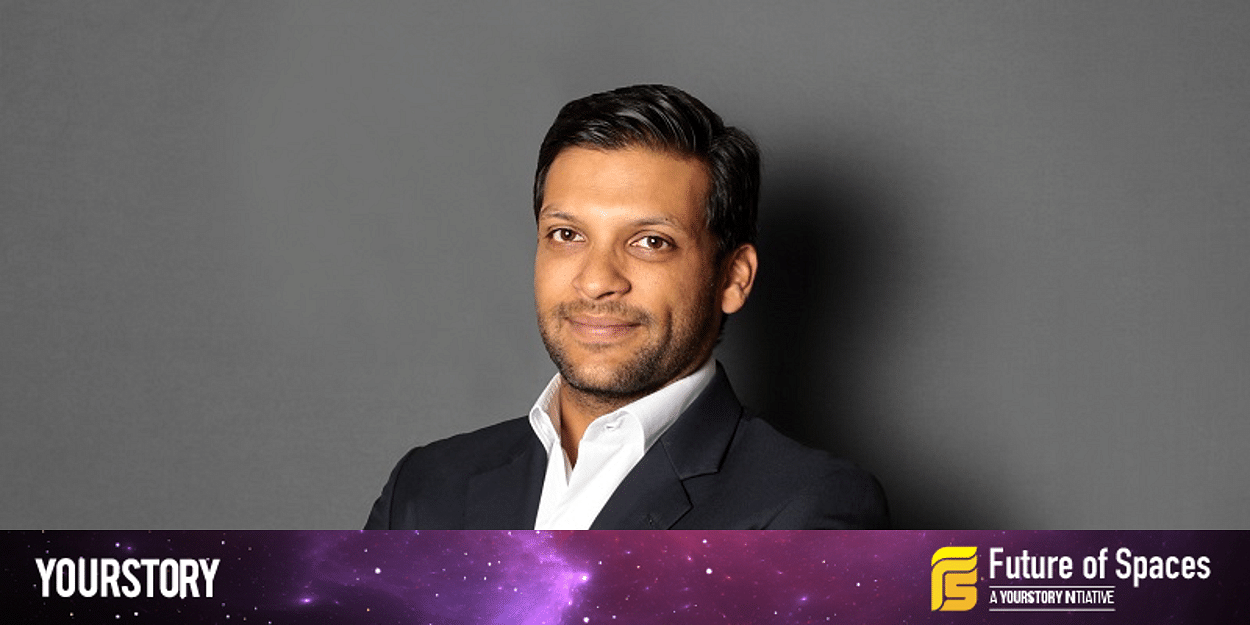 One cannot become a real estate entrepreneur overnight anywhere in the world, let alone in India. Back in 2003, when Mayank was an investment banker, and helped raise monies for large companies in the US, he never thought he would get in to his family’s real estate business. His cousins – his family owns Phoenix Mills in Mumbai’s Lower Parel area – were all in the construction business, building malls and apartment buildings.

In fact, even when Mayank returned to India after nine years in the US, he joined private equity firm Everstone Capital. As luck would have it, Mayank began his foray into the world of construction by building a small townhouse so he could stay close to his parents.

“I began building the townhouse and it took me 11 months to finish the construction work. I managed to get this done within my own budget, and in good time. I found myself standing at that construction site every evening, after I finished long hours at work. This experience led to me talking to a my family that runs Phoenix Mills Ltd, and got into the business full time,” he says.

When he saw a 17-acre land parcel in Rajajinagar, Bengaluru, he says he immediately fell in love with it. However, Mayank confesses he knew nothing about real estate at that time; this was back in 2011. So he joined Phoenix Mills and worked on projects that became benchmarks in the premium housing segment.

“It took me around 12 months to plan the construction details as this was my first project, and as a perfectionist, I have always strived for the best and settle for nothing less. As I had no knowledge of real estate, I banked heavily on my background of banking and finance while executing this project,” says Mayank.

One Bangalore West was launched on September 7, 2012, with all approvals in place. With a built-up area of around 1.2 million square feet, the sheer size and scale of the project taught him how to run a real estate business.

“The success of any project lies in its customer-centric focus, which has always been my priority,” says Mayank.

That’s how he went to Mohandai Pai with the idea of starting up. During his first meeting with Mayank, the veteran investor had told him, “I meet young people like you every day, but keep in mind that I have a very high benchmark for quality, corporate governance, delivery, and so on. So, if you match up to that, I will be interested.”

Inspired, Mayank took a detailed plan to the investors, along with all the details of his planned project and his value proposition. Mayank also began scouting for landlords who could partner with him. In early 2016, he zeroed in on the northern Bengaluru suburb of Jakkur and sought to build high-end homes.

With this project, and two others in the planning stage, Mayank launched Maia Estates in July 2016. While the Jakkur project – called Pelican Grove - will have 36 apartments, each spread over 5,000 square feet, Mayank is yet get beging planning the other two projects. He also declined to reveal the investment numbers, but says he will raise money for each project.

“Initially it was just me, my assistant from Phoenix and an operating partner, Rishad Khergamwala, who were the core team,” he says. Now, the team is 40-strong.

Mayank says Maia Estates’ Pelican Grove project was well-received. At a time when real estate analysts predicted a slump in the market, the project had 500 unique visitors at the show flat. Around 70 percent of the units have already been sold, and prices have risen 20 percent since the launch.

“I am quite glad of this achievement, given that the residential real estate sector was struggling at that time,” says Mayank.

He adds that project focuses on a few core fundamentals, that helped built the brand. “Dignity of labour is of utmost importance to us and that is reflected in the way we maintain our sites,” he says.

According to IBEF the real estate sector in India is expected to reach a market size of $1 trillion by 2030, as against $120 billion in 2017, and contribute 13 percent to the country’s GDP by 2025. Sources say that currently, there are $12 billion worth of projects which are unsold. To this, Mayank says the Real Estate Regulation Act has brought in rules which are a step in the right direction to protect customers.

“The unsold inventory is because of the recent RERA phenomenon. Five years back, if someone had a good piece of land they would go to the bank, get some money, hire an architect and build. As a customer pre-RERA, one would see if it is a good piece of land and look at few aspects of the building and buy it, but there were no checks and processes in place to monitor the quality of the construction, and there was no sense of uniformity,” says Mayank.

Before RERA, when projects were delayed, customers were not compensated for any delays. Now, builders have to follow norms and the authorities are very serious about customer protection.

Maia Estates, sources say, has invested Rs 50 crore in the Jakkur project. “We sold a minority share and raised bulk of the money on a committed basis for the SPVs so as to fund it as and when required,” says Mayank.

He says his philosophy of approaching things with clinical precision has helped Mayank as an entrepreneur. In his free time, Mayank says he likes reading biographies. He is also an avid golfer and enjoys several other sports. “I actually try and go back to Mumbai every week to spend a lot of time with family,” says Mayank.

On a concluding note, we asked him what Maia means – to which he replied Maia is the Roman goddess of Earth, growth and prosperity. And the name also draws from the first two letters of his name and last two letters of his surname, “But this was a pure coincidence,” he chuckles!

Also read: Future of Spaces: a YourStory initiative to recognise the movers and shapers building the spaces for tomorrow

Bitcoin Lawsuit Continued After Craig…
A Wonderful Winter Ahead At One Snowm…
What Net Worth Makes You Rich? The Av…
Museum Quality Rugs
The Best Guide to Monaco Life

Building on your passion: how this 36-year-old went from being an investment banker to a prime real estate developer