Tags: asin thottumkal film
June 12th 2017
View original
Asin Thottumkal (born 26 October 1985), known mononymously as Asin, is a former Indian actress and trained Bharathanatyam dancer. She has received three Filmfare Awards. She began her acting career in the South Indian film industry, but now appears predominantly in Bollywood films. She speaks eight languages, and dubs her own films. She is the only Malayali actress, other than Padmini, to have dubbed in her own voice for all her films, irrespective of language. Asin has been referred to as the "Queen of Kollywood" by online portals in 2007. She is a member of the Bollywood 100 Crore Club.

Asin was born in Cochin (now Kochi) in Kerala to a Syro Malabar Catholic family. Her father Joseph Thottumkal is an Ex-CBI officer and later managed several businesses. Her mother Seline Thottumkal, who moved settlements from Kochi to Chennai to Mumbai to live with her daughter, is a surgeon. 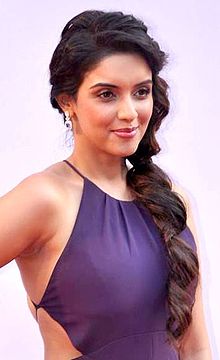 Oura Smart Ring and its Amazing Healt…
5 Celebrities Who Use CBD To Stay Cal…
Step-by-step recipe to make garlic br…
Beginner Art: Acrylics vs. Oils, Wate…
Guiding Your Teen Towards a Career in…


This post first appeared on Indian Entertainment, please read the originial post: here
People also like
Oura Smart Ring and its Amazing Health Features
5 Celebrities Who Use CBD To Stay Calm And Relaxed
Step-by-step recipe to make garlic breadsticks
Beginner Art: Acrylics vs. Oils, Watercolors
Guiding Your Teen Towards a Career in Film