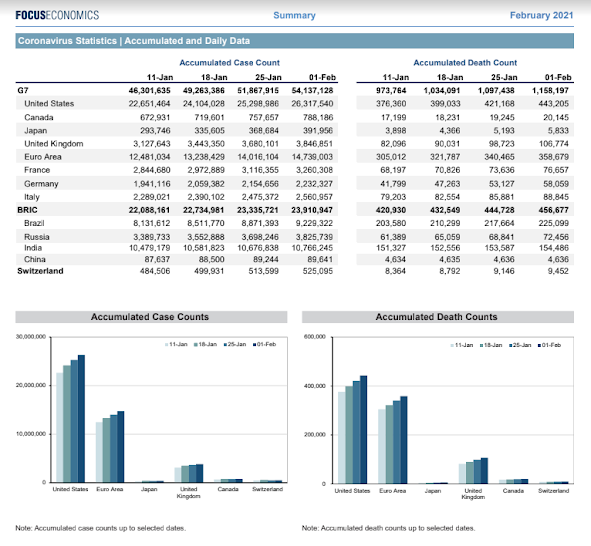 WORLD
The economy is set to rebound strongly this year, following 2020’s sharp downturn. Pent-up demand and elevated household saving should support private spending, while strong fiscal and monetary stimulus should stoke investment activity. However, uncertainty surrounding the vaccine rollout, new variants of the virus and the evolution of commodity prices clouds the outlook.
CANADA
The economy should recover some of last year’s losses in 2021, as the gradual lifting of global restrictions, increased EU funding, and expansionary monetary and fiscal policies support activity. However, growing public debt stocks, rising bad loans in banks and a sluggish Vaccine Rollout cloud the outlook.

What you need to know to buy a house …
Short Happiness Quotes From Famous an…
Rose Rollins protagonizará nueva seri…
How Do You Get Bed Bugs?
Looks like the correction is over… bo…
EURO AREA
Economic activity is set to rebound this year from 2020’s sharp contraction. Growth in consumer and capital spending, combined with sustained government spending, will drive higher domestic demand, while exports should surge on an uptick in foreign demand as key international markets recover. A potentially Slow Vaccine Rollout clouds the outlook, however.
JAPAN
While activity in Q1 will be depressed, momentum should pick up sharply from Q2 onwards, aided by the UK’s relatively rapid vaccine rollout and supportive fiscal and monetary stances. However, the emergence of new Covid-19 variants and disruption as the UK adapts to its new trade agreement with the EU pose downside risks.
UNITED KINGDOM
This year, GDP should rebound as the impact of the pandemic fades and the labor market recovers. Stronger fiscal stimulus under Biden’s administration and unprecedented monetary stimulus should also support activity. That said, the uncertain evolution of the pandemic, tense relations with China and a possible slow vaccine rollout pose downside risks.UNITED STATES
The economy is set to expand strongly this year as external demand recovers and domestic restrictions eventually ease. However, the uncertain evolution of the virus and somewhat tense ties with the EU due to disagreements over the renegotiation of the trading relationship pose downside risks.