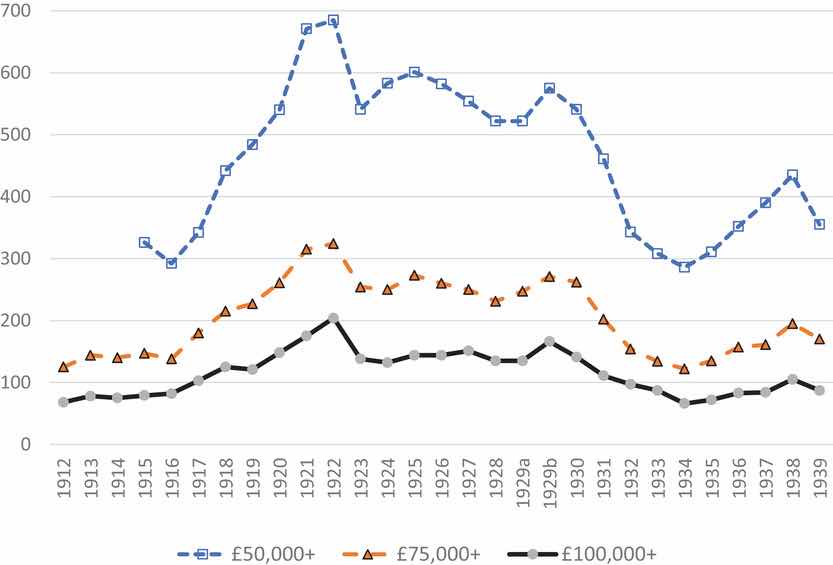 Brilliant paper discussing Millionaires in Britain between 1928-1929. An explosion of the super-rich which was brought on by a lack of competition within businesses and discusses  a lot of wealth from business. Economic History Review (EHR) has long been a favorite, and this is not disappoint. Below is an abstract and a link to the full article.

MICRO BUSINESSES
7 Techniques for Bitcoin Beginners
Myths & Facts About Masturbation
Step-by-Step Guide on Creating the Ul…
Monthly or quarterly dividend stocks?…
- Chad Hagan
+++++++++++++
This article examines the composition of Britain's `millionaire’ population during the late 1920s and early 1930s, based on data for living millionaires (in contrast to previous studies, which have focused on wealth at death). Using tabulated data compiled by the Inland Revenue for all persons on incomes over £50,000 per annum, it explores the factor incomes of Britain's millionaire population and their main sources of income, by sector. It then analyses a unique individual‐level data set of British millionaires, compiled by the Inland Revenue for the 1928/9 tax year, to show their sectoral and geographical composition. Most millionaires are shown to be `businesspeople’ rather than rentiers, while landed millionaires represented only a small proportion of the total. Businesspeople millionaires are shown to be disproportionately active in a relatively narrow range of sectors, the common characteristic of which was the potential to generate Abnormal Profits, mainly through cartelization or amalgamation. Thus, rather than revealing the sectors most important to national wealth, or competitive advantage, the clustering of millionaires primarily reflects rising barriers to competition in interwar Britain and the abnormal profits they generated.
Full EHR article at Wiley