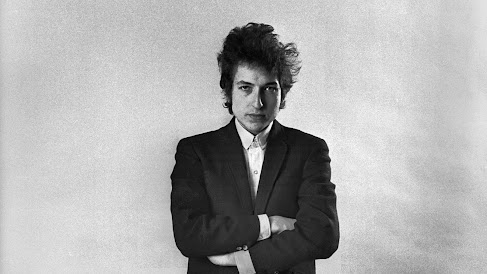 BBC: US singer-songwriter Bob Dylan has sold the rights to his entire song catalogue to Universal Music Group (UMG). The deal is one of the biggest acquisitions in Universal's history and means the company will collect all future income from the songs.

Hey! Chad Hagan here and I figured I would help unwind this deal for anyone confused. There has been a lot of talk in Mr. Dylan selling his catalog.

Perhaps this is excellent timing on Dylan's part. 2020 was the year all concerts shuttered and many musicians - even established multimillionaires like Dylan - have felt the strain.  Dylan is also nearing 80 years old and may have wanted to get his affairs in order. The deal was rumored to be at $200m and $450m (£150m - £340m). UMG will probably go public. At this moment UMG is private, owned in part by Vivendi (90%) and Tencent (10%). Columbia Records, Dylan's longtime corporate label and the oldest recording company in America will still be involved in the relationship.

Short Happiness Quotes From Famous an…
4 easy yogurt meals you need for brea…
A-Reece – The 5 Year Plan ft. Wordz
Market gapped down on Covid fear, new…
What about Taylor Swift? First off Taylor is an anomaly. She is a superstar musician and has had a number of hits, including cross-over hits and hits that can be described as international hits. Swift's catalog may be one of the better performing catalogs at the moment. Also, the public has heard about her deal twice, when it was first purchased and then when it was resold.
Will other Artists Follow Suit? For sure. Stevie Nicks Sold 80 percent of her catalog to Primary Wave Music. 60's music icon David Crosby tweeted the other day that he was exploring such options. David Bowie and The Beatles are perhaps the best know artists who  pioneered monetizing their music. Recently Curtis James Jackson III (50 Cent) arranged a prepayment for his catalog administration, which is typical and reminiscent of artist advances during vinyl record, cassettes and compact discs days. Top artists with performing catalogs are viewed as safe haven commodities to investors. In year past Paul McCartney's Christmas song "Wonderful Christmastime" has generated over $500K per year in royalties alone.
Analysis by Mark Savage, BBC music reporter
For Bob Dylan's fans, nothing changes. His music remains available on streaming sites and CD box sets as before. Behind the scenes, though, the money is flowing in a different direction.
From now on, Universal Music will receive all future income for Dylan's vast catalogue of songs. Every time Just Like A Woman or Make You Feel My Love gets played on the radio, licensed to a film or covered by another artist, the company will get a royalty payment. They'll also get to decide which films or TV commercials can use Dylan's songs in the future.
In return, Dylan receives a lump sum, said to be worth anything between $200m and $450m (£150m - £340m). Neither Universal nor Dylan's team would disclose the value of the purchase - but the upper end of those estimates is realistic.
For comparison, Stevie Nicks sold a majority stake in her publishing catalogue for $80m (£60m) last week. Dylan's portfolio of more than 600 era-defining songs will be valued at a much higher rate.
The sale of song catalogues has become a booming business during the Covid-19 pandemic, with investors seeing music as a relatively stable asset in an otherwise turbulent market. The likes of Blondie, Barry Manilow and the estates of John Lennon and Kurt Cobain have all sold the rights to their music in recent years.
The London-based Hipgnosis SongsFund alone has spent more than $1bn (£750m) buying up hits by Rihanna, Beyonce and Justin Timberlake - with the Church Of England amongst the investors who share the royalties.
Dylan's music publishing company, Dwarf Music,  also owned of the music from 'The Band", analysis From Rolling Stone:

Used regularly in soundtracks and commercials, “The Weight” has since become a classic rock touchstone, famously heard in The Big Chill and Easy Rider and covered by hundreds of artists including Aretha Franklin, Garth Brooks, Diana Ross and the Supremes, the Staple Singers, and the combo of Eric Church and Chris Stapleton. The Big Pink arrangement, though, has remained in place in all the years since, providing Dylan and the Band with a steady source of revenue, depending on the usage. Although Robertson is credited as the sole writer of the song, the other members of the Band, or their estates, equally split revenue from record sales or the use of the original master recording in films, ads and TV. As far as income on the songwriting side, Robertson eventually bought out the publishing of his bandmates Danko, Manuel and Garth Hudson (at their request), so he earns the bulk of that income, with Helm’s estate still receiving a one-fifth cut.
- Rolling Stone
- Chad Hagan
@ChadwickHagan
www.chadhagan.com