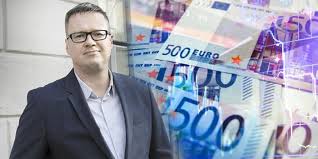 Finnish economist Tuomas Malinen explains the nature and severity of the historic global financial crash underway. He foresees worst-case scenarios which can even include “widespread hunger and rationing in the western world for the first time since the 19th century.” As the Eurozone risks disintegration and China fakes its recovery, he worries about the real possibility of global hyperinflation and monetary destruction. The greatest risk is “Global Financial Socialism” brought about by central banks and supranational organizations (e.g. IMF, World Bank, UN) which could bring about a fascist and totalitarian “global economic dystopia”. This “financial takeover” or “endgame of the global elite” would include a surveillance state, digital currencies, the end of commercial banks, and the end of cash.
About Tuomas Malinen PhD (econ.) Tuomas Malinen is a CEO and Chief Economist of GnS Economics. He is also an Adjunct Professor of Economics at the University of Helsinki. He has studied economics in the University of Helsinki and in the New York University. He specializes in economic growth, economic crises, central banks and the business cycle. Tuomas is currently writing a book on Forecasting Financial Crises.

BetPay.ng (How to Book A Bet, Become …
5 Pros and Cons of Technology in Stud…
India can be the epicentre of global …
How Universal Basic Income Gets Attra…
Best Vegan Coffee Creamers That Taste…
Geopolitics & Empire · Tuomas Malinen: Real Risk of Fascist Totalitarian "Global Economic Dystopia" #166