New York City has terminated all business contracts with the Trump organization because it was costing them $17 million a year in lost income. The move came after the violent insurrection at the US Capitol when Trump supporters stormed the building and left 5 people dead. President Trump egged on the crowd in a speech shortly before the riot and told them to march to the Capitol. The Mayor of New York Bill de Blasio tweeted and said, “New York City doesn’t do business with insurrectionists. We’re taking steps to TERMINATE agreements with the Trump Organization”. He earlier said, “The president incited a rebellion against the United States government, a clearly unconstitutional act and people died. That’s unforgivable”. Point to be noted that the passionate speech launches House debate as president set to be impeached again. 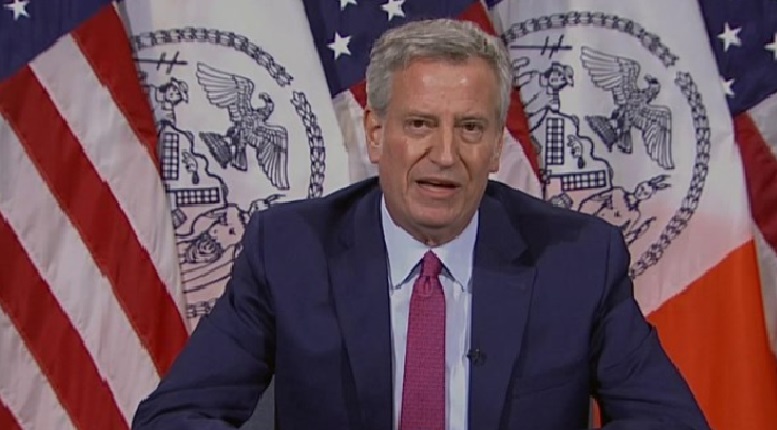 The Trump organization has made about $17 million from running 2 ice rinks including a carousel and a golf course in New York City’s public parks. The contracts include the Wollman and Lasker ice skating rinks in Central Park, the Central Park Carousel, and the Jack Nicklaus-designed Ferry Point golf course near the East River. It is noteworthy that President Trump was recently banned from Facebook, Instagram, Twitter, and other platforms as a result of the riot. On Sunday, the PGA tour voted to remove the 2022 PGA Championship from Trump’s New Jersey golf course. Shopify has also taken down online stores associated with Donald Trump. De Blasio said, “Inciting an insurrection against the US government clearly constitutes criminal activity. The city of New York will no longer have anything to do with the Trump organization”.

De Blasio also said he expected the Trump organization to challenge the decision in court but the city is on strong legal ground. Trump’s name has previously been removed from private buildings like the Trump SoHo hotel and a few Trump condos in Manhattan. De Blasio said that the deal for the golf course never should have been made in the first place. City officials said that the contract for the carousel would be canceled in 25-days and the skating rinks in 30-days. The contract for the golf course could take several months to terminate as it is more intricate than the other contracts. Democratic New York City councilman Mark Levine also cheered the move. He tweeted that he had been fighting to cancel the contracts since Trump came down the escalator in 2015 to launch his campaign of hate.