GST in India: Impact of working capital on businesses

Goods and services tax subsumes all the indirect taxes from state and national level.

The indirect tax system GST is planned to execute in India on 1st July 2017.

Apart from this, France was the first country that introduced GST followed by a list of 160 countries. 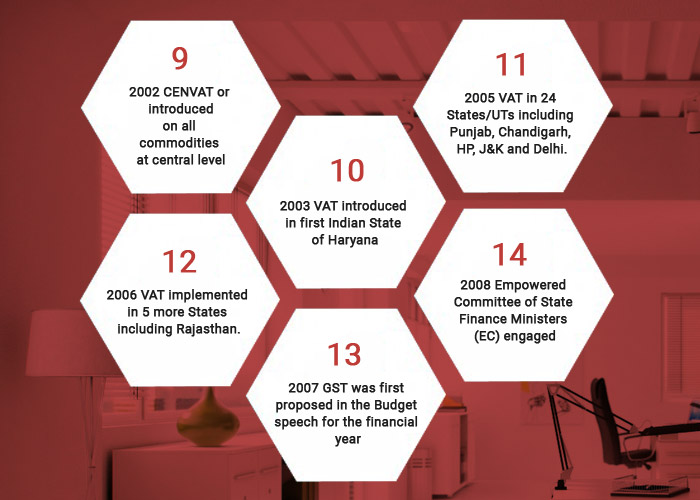 Objectives of GST in India:

GST facilitates the ease of doing the business in India. Besides this, GST in India will remove cascading effects of taxes that provides seamless credit throughout the value chain.

The introduction of GST in India will increase the tax base and removes the multiple points.

Another feature that GST in India should hold is the one point single taxation. Focus on business rather than worrying on taxation that will crop at the later stage. Under GST mechanism, the cost of tax that consumers bear would reduce the average tax burdens on the consumers.

Here are the four bills that were approved by the Union Cabinet:

CGST is not applicable outside of the state. It is the tax levied and collected by the Central Government on every supply of goods and services within the state.

IGST means tax levied and on the supply of any goods and services in the course of Inter-state trade or commerce.

The Bill implemented to the Union territories. The purpose is to apply a collection of tax on every intro UT supply of goods and services.

Introduced on March 27, 2017, the bill provides compensation to the states for any loss of revenue with the implementation of GST.

An Impact of Goods and services tax:

The exemption of the food item from CENVAT and 4% VAT, the GST under a single rate would lead to double the tax burden on food.

The construction sector is the major contributor to the national economy that to be included in the GST tax base.

The economic slowdown has grown consistently during the past three years. The implementation of proposed GST and opening of FDI are expected to fuel the growth and raise industry size.

Ensure all the interstate transportation of goods is through proposed network in the rail sector. The GST umbrella brings significant tax gains and widens the area of the tax net to keep overall GST low.

The domestic supply of software should attract GST on the basis of mode of a transaction to be in sync with the practices. Implementation of GST will help in uniform, simplified and single point taxation and thereby reduces prices.

In this article, I’ve also tried to point out the impact of GST on the working capital of businesses. 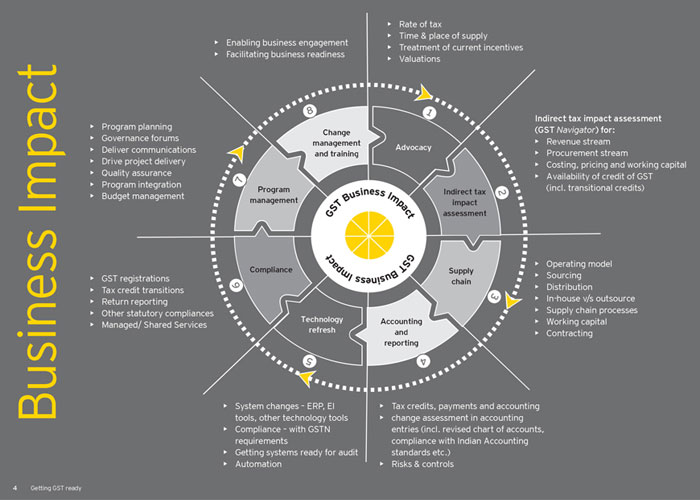 The business expenses directly depend on the Profit Margins and operating costs. GST brings in the uniform tax rate by subsuming the variety of tax such as Excise Duty. Secondly, pay GST every month as compared to the quarterly. Once GST comes into effect, there comes the change in the selling price of the products and the division in basic operation costs and revenue.

No multiple taxes while sourcing or transporting products.  As the GST comes, the timing and place of the procurement will also change. Tax restrictions can be neutralized and pricing will change with the introduction of GST.

Examining your profit margins is the final step to analyze the changes required in the working capital. Optimize your margins to sync with business expenses and pricing. Boost your profits and retrace the profit margins.

In India, GST is the most logical steps towards the indirect tax reform in our country. The impact of GST in India has to bear on every section of economy i.e. big, medium, small scale units, intermediaries, importers, traders, exporters, professionals, and consumers.

GST in India creates a single unified market to make the economy stronger and improve tax collection through a uniform tax rate. GST boost the overall growth and sets to integrate state economies.

The post GST in India: Impact of working capital on businesses appeared first on Invoicing & More!.

GST in India: Impact of working capital on businesses