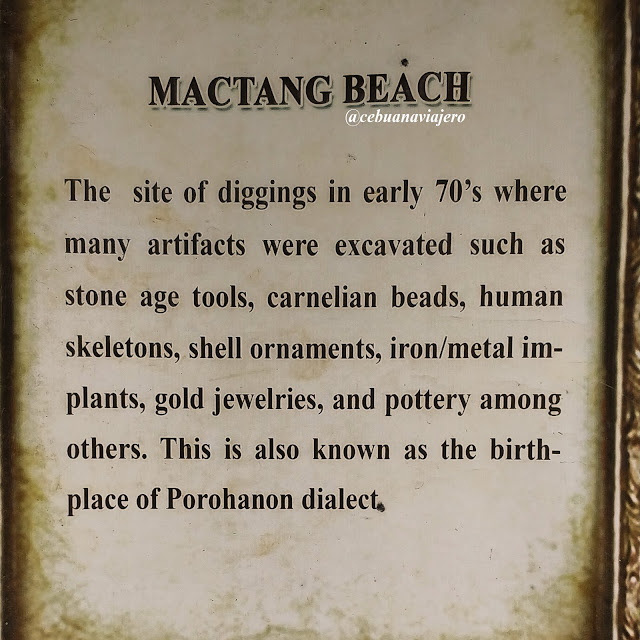 Before our trip to Camotes Islands, Calvin had told me about going to a place called Mactang where the Battle of Lapulapu and Magellan happened. 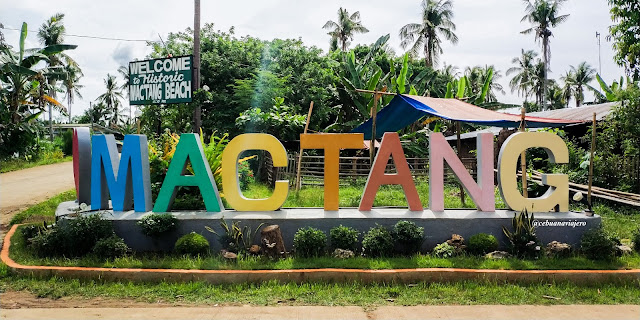 At first I was a bit hesitant as I learned that the battle happened in Mactan Island, the island right across Cebu island.
For those who do not know what the battle was all about, I will give you an overview.
In March 16, 1521 Magellan, a Portuguese explorer who organised the Spanish expedition to the East Indies from 1519 to 1522, resulting in the first circumnavigation of the Earth, landed in one of the Visayan islands of the Philippines and traveled from one island to another to Christianize the natives. He first Christianize the Cebu King and the king had asked all other chieftains under his rule to follow suit however, Lapulapu who is one of the chieftains in the island of Mactan is against it. So when Magellan went to the island of Mactan at dawn, Lapulapu fought with his men on a low tide sea and there the Portuguese explorer died on April 27, 1521. 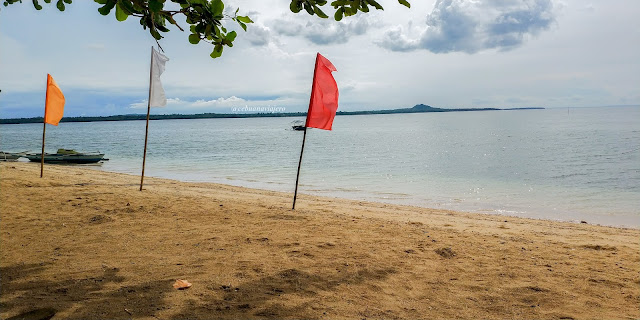 The controversy hereon is "Where did the Battle of Lapulapu and Magellan really happened?" is it at the Mactan island or the small town Mactang in Poro island. 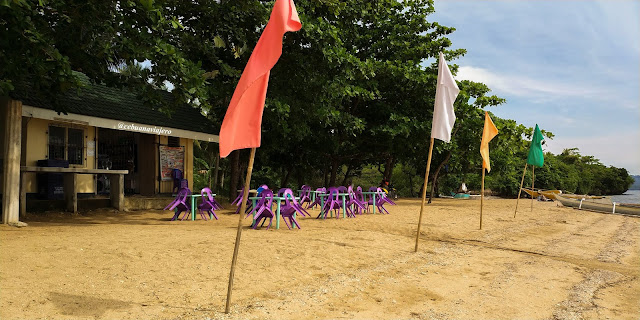 There were excavations done in both places and only in Poro where they found human skeletons longer than the natives of the islands and other ornaments that makes it seem to be from other countries.
But there has been no change on this part of the history and where the battle really occurred is still a mystery for Archaeologists and other curious minds. Yet, one thing is a fact that Magellan was killed by Lapulapu. Additionally, it also made our trip more interesting as we touch the soil that could have been the place of the battle. 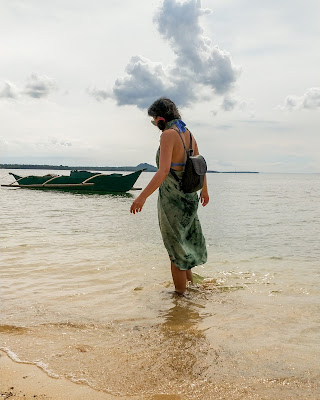 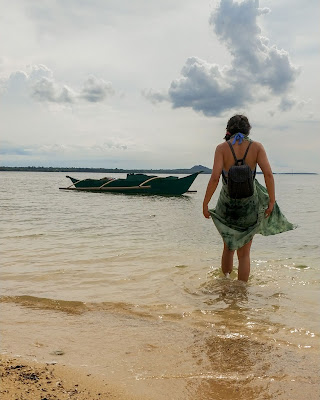 In the history, it said:

"When morning came, forty-nine of us leaped into the water up to our thighs, and walked through water for more than two cross-bow flights before we could reach the shore. The boats could not approach nearer because of certain rocks in the water. The other men remained behind to guard the boats. When we reached land, [the natives] had formed in three divisions to the number of more than one thousand five hundred persons. When they saw us, they charged down upon us with ear-shattering loud cries... The musketeers and crossbow-men shot from a distance for about a half-hour, but uselessly..." credits to Wikipedia

So, while I was walking in the sea by the rocky part, where it only reaches to my thighs even if I go further away, it makes me imagine of the battle happening right in front of me. But I didn't want to get wet at this time, so I only stayed until the rocks and just enjoyed dipping my legs and feet. 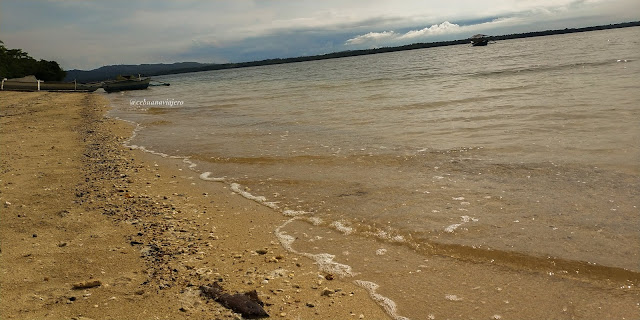 The water was crystal clear and super clean it was like inviting me to swim but it was low tide and I didn't want to swim far away from the shore. 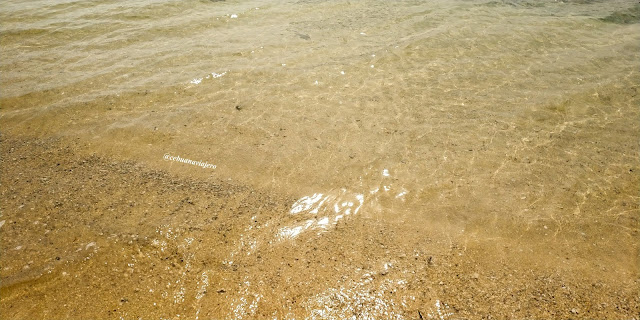 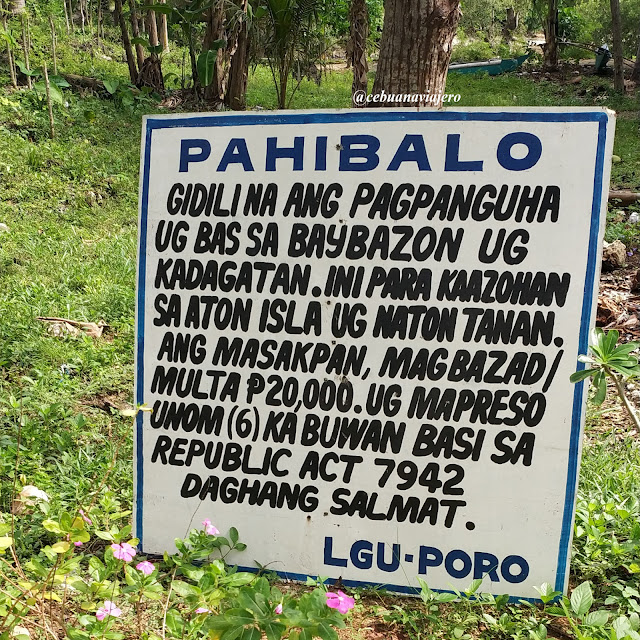 And here is a notice from the Local Government Unit (LGU) of Poro island: Under the Republic Act 7942, it is not allowed to take sands from the shores and the sea. This is for the welfare of the island and everyone. When you are caught, you will have to pay a penalty of Php 20, 000 or 370 USD (1 USD is PhP 54) AND you'll get imprisoned for six (6) months. Thank you very much!
And here are some couple pictures. 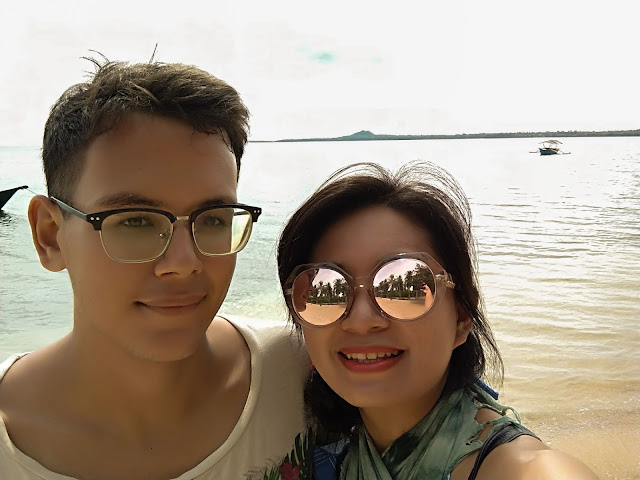 Tip: Best to travel around Camotes on a motorcycle, you can drive around the islands in just a few hours well depending on your speed.
Also, to find where Mactang is located, you can search it in Google Maps or you can also find it in the map from our previous post 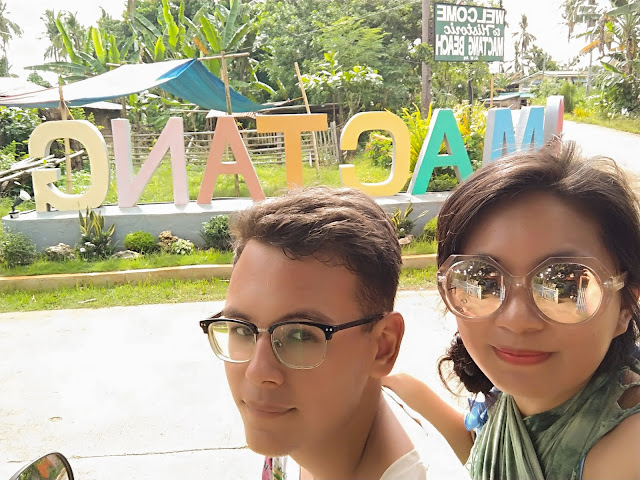 Thank you for reading! Please do anticipate our next travel or food post!
For more questions, suggestions, etc, feel free to comment us. Have a great day!

A Guide to the Best Locations to take…
Robotime Rolife Wall Hanging Decorati…
What is accidental life insurance
THE HIDDEN HILLS OF CADAQUES
10 Best Restaurants in St. Augustine