One unpredictable afternoon, Milove and I went to a Chinese restaurant.
Chinese Food has been with the Filipino since a long time ago, and most of the Filipino dishes has a mix of Chinese style like siopao, siomai, pancit, chopseuy, and many more. Additionally, Chinese culture was also cultivated in the Filipino lives like celebrating the Chinese New Year a.k.a Lunar New Year, giving of angpao or a red envelope with money to kids, zodiac signs and lucky symbols, Chinese temples are also built in some cities, and Chinatowns are available in big cities like Manila.
Also, don't forget, a lot of Filipinos look like they are from a Chinese descent, including me.
I meant, a lot of my friends and other people think I have a Chinese blood because of my eyes and my skin color. Yet, I have more Spanish blood than Chinese. 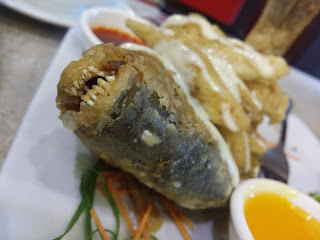 So here we are, Chinese food might be a bit really known to me and I am also quite disturbed at how my father used to tell me that Chinese food has a bland taste compared to Filipino dishes with really strong aroma and taste.
Thus, eating in a Chinese restaurant means I am risking money to take a challenge that I do not know if I would win and even if I lose, I have to finish what I ordered.
Food challenge!
Big Mao is also available through Foodpanda app on smartphones, which means people can take orders and expect the store to deliver it to their houses.
There were few people in the restaurant at the time we arrived (12:30PM).
Took a seat near the entrance. It was a good spot, because there were some blockage so people who enter the place couldn't see us directly.

Here is the menu: 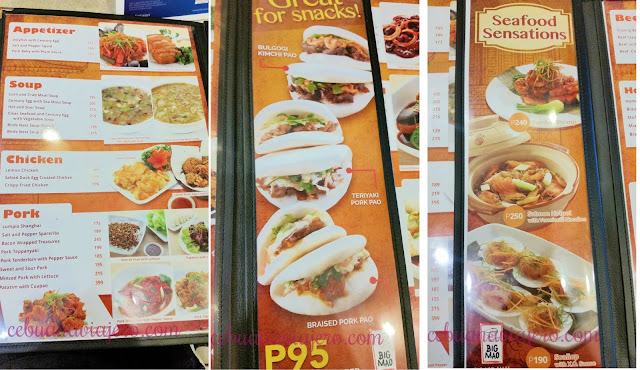 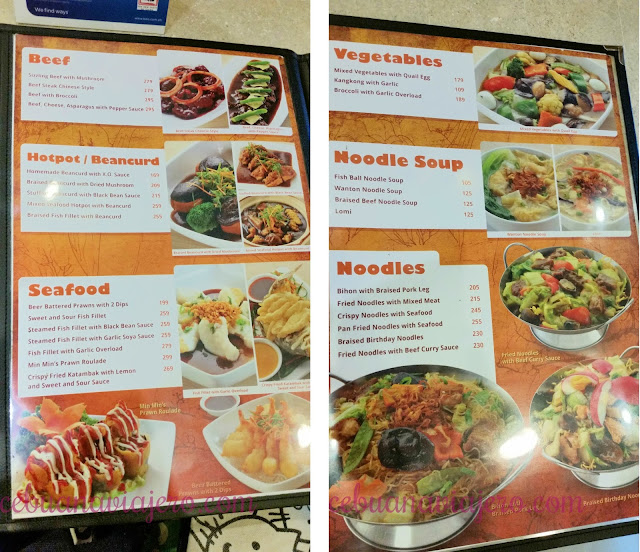 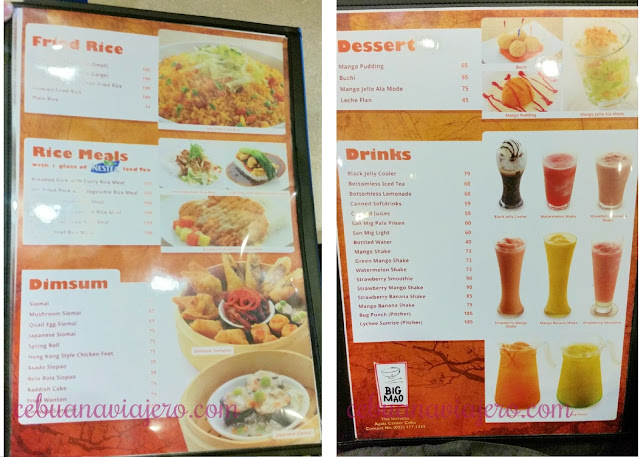 It was so difficult to choose the dishes. There are familiar ones like the Mixed Vegetables with Quail Egg, Mixed Seafood hotpot, and the Rice meals are like Japanese food.
I tried avoiding Japanese food because of the restaurant itself.
We had to wait for 15 to 20 minutes for the food to be prepared, they gave us prawn crackers as snacks.
They actually gave it even before they gave the menu. 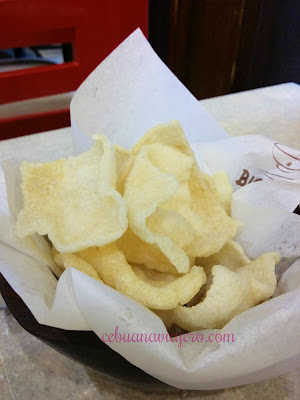 So I got the following:
The dips were sweet and spicy sauce and a sweet and sour sauce. The breading was nice, the white thing you notice is a fried bihon which can be eaten or not, that depends on you. In my case, I didn't eat that because I still have more food to go.
Everything in that plate can just be eaten.
This bowl is good enough for two people. I didn't like the noodles though because it was so bland, including the soup. It was only good to sip the soup when it is hot to warm the stomach. Maybe in my case, I just like stronger tasting food, but for me it was like eating a crazy noodle. So much noodles than soup though. The dumplings inside it was all right. I think it needs more sauce or pepper and a pinch of salt and that would end up really tasty.
I like the tenderness of the dough, and the sauce of the meat mixed with raw cabbage and carrots was like heaven to me. 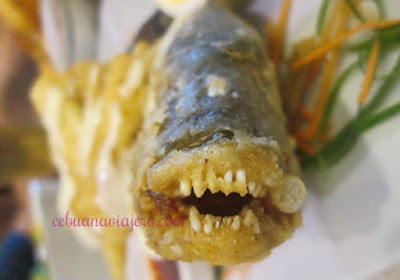 Awww~~ look at that face~ He still has complete teeth~ so bad, we end up eating him. T_T
Katambak is a Bisaya word for the popular snapper fish.
It was so much fun to eat the fish, tasting the solid white meat covered with breading and the more meat in the bones. 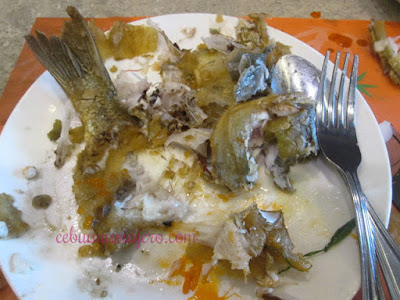 I am so sorry fish, you were so delicious, I couldn't resist eating each part of you, especially the head part. (^_^)v
I had 3 glasses of bottomless lemonade too, it was nice. So nice~ The service was really good compared to other restaurants that I've went recently which I will be posting soon here.
Big mao! It sounded like Big Mouth! \(^0^)/
I enjoyed eating so much! Waaaa~ I mostly ate them. >.


This post first appeared on 7 TIPS EVERY BUDGET TRAVELER WOULD SURELY APPRECIATE, please read the originial post: here
People also like
30 Cheap & High ROI Home Renovations (And 5 Costly DIY Mistakes)
Well said Mr. PM, We’re racing with time but..
First Night of the Seven (7) Nights of Christmas and Carols COGOP SVG
How to Lose Weight and Keep it off Permanently
Choosing a Garage Floor Epoxy Metallic Finish
How many days do you need for Barcelona?