Hey guys! It has been a long time. Great to see you here. Anyway, I have been busy at work since December has so many things to do and January is the beginning of the year making it twice busier. But, you as one of my priorities, this is late and there are more delayed posts from last year (I will still keep you posted!).


It was a coworker outing due to winning the grand prize for a Christmas presentation in the company.
However, I was not part of the group since I was one of the party committee, yet I asked if I could join and they replied positively. Yes! I am a joiner this time, just to travel and enjoy some sea time before the year ends.
I have been secretly excited for the Trip, but as the days go by, I have heard of the upcoming typhoon named Onyok. I was worried that the trip will be canceled, but everyone was still excited and still planning for it.
It was scheduled on a Saturday after our half day shift would end, for a  2D1N stay in Moalboal.
And another yes for there. Moalboal is one of the places I want to visit in Cebu, it has one of the natural huge white sand in the island and is located SouthWest of the province facing Negros island.
Days passed until finally! I woke up around 3AM to attend the Misa de Gallo or Nine days Novena for Christmas. It was raining already and it did not stop until 6AM to 7AM. It was cloudy the whole morning, but I still packed everything I needed: tent, towel, toiletries, swim wear(rush guard), extra clothes, slippers, umbrella (of course), all in one bag except the tent.

Went to work with the luggage hoping that I could go. My parents had told me to go back home if it continues to rain hard or the weather would stop us to go.
Surprisingly, everyone was hopeful too and they brought with them their things for the trip.

The rain had calmed down until it stopped finally during the morning. We had gathered and prepared ourselves for the trip.
One of my colleague. who grew up and used to live at Moalboal, had her husband visit the office to get her as they have to go to their home first for their things and such. They were using a Chevrolet sedan kind of car. Basically only 5 people can fit in, however, as we were wanting to go together, 9 people fit in including the husband and wife.


We were on our way near the Cebu City hall when it rained so hard, as if the weather was challenging our will to pursue the trip or not.
Finally, the rain stopped as we went out the car when we arrived beside the Cebu City Hall.
Stopped at Original Lechon Belly for lunch, bought some drinks and snacks at La Nueva to give us energy for the trip. 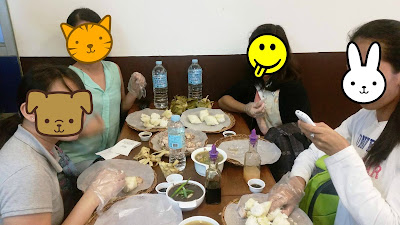 After lunch, we walked straight towards the South Road Properties (SRP) and asked a few people to make certain that the Vhire terminal was already relocated somewhere else. 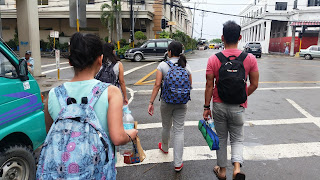 The Vhire terminal used to be located at Citilink which is a couple of meters away the South Bus Terminal. 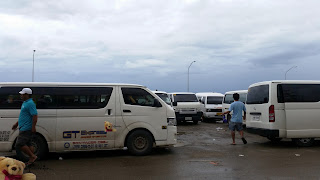 We had walked our way towards the muddy path to the Vhire terminal. We also had to wait for an available Vhire to Malabuyoc or others that would past the province.
The weather was fine, a bit cloudy and dry, no rain, no storm. I was seated beside the window and I opened the window a bit. The air was cool and fresh. It felt so nice to breathe such fresh and clean air.

We had arrived around two (2) to three (3) hours and met with the other group. Bought some stuffs like food and other toiletries at Gaisano Grand Malabuyoc. Rode for another 8km and reached the Basdako (or enormous sand). There was no way to book a room beforehand, so we had to stroll around for an available and affordable room to stay with enough water and space for all of us.
We found one air conditioned room with three beds, unlimited water, and a balcony to the sea. We didn't need the air conditioner, but we had no choice and had to get it. The room costs three thousand five hundred pesos (Php 3, 500.00) for one night and two days, and we were like 15 of us, and I decided to sleep on the tent to experience how it feels to sleep on the sand in a tent.
Had dinner at around 9 to 10pm after preparing all the food we need for dinner. And the others drank and talked after dinner by the sand. We were like 20 feet or so away from the sea. While I played a little volleyball and fell asleep right after since it was getting late and I planned to go to church for the next day. However, I wasn't able to wake up early, well I did but I was too sleepy and had to go back to sleep. When I woke up once again, it was already around 6AM, checked the others how they were doing. 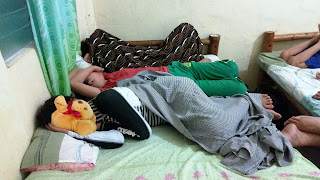 there is nothing else that I love to do when I woke up at that time near a beach. It is to swim! Yes! I've experienced swimming at that time and the sea has been warm, but unexpectedly it was cold, freaking cold! I attempted to dip slowly as I get used to the cold, it was getting warmer, but it was still cold! Yet, I just can't leave without enjoying the sea, it would be low tide later and I don't like swimming right through where seaweeds are and the sea is not clear due to waves, I don't like black sea urchins piercing through my body cause it just hurts. 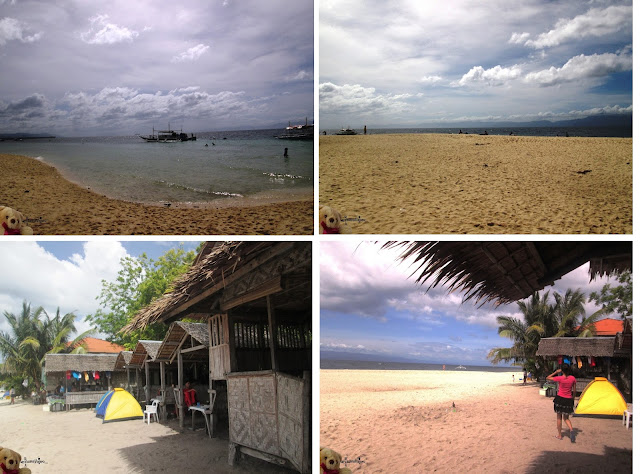 Within these cottages, you can find a tiny Filipino convenience store also known as sari-sari store, where they sell from snacks, to toiletries, to dish washing liquid. 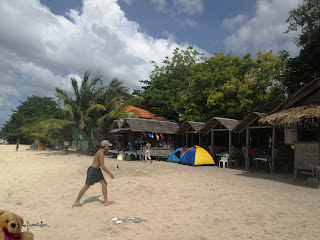 Other cottages for people who would just want to stay for a day, and for those staying in one night, tents are available for rent, Php 500.00 per tent.

Let's take a peek to the huge white sand beach of Moalboal.
Well, anyway the weather was getting sunny but the place' sunrise was so late, it was already 7 to 8 when I was able to see the sun. Breakfast and went swimming again. It suddenly became so sunny and people were swarming the beach. I wanted to go island hopping, but it costs two thousand five hundred pesos (Php 2,500.00) and it is better to have a group to share it with, but no one wanted to go with me, I didn't want to go with other groups too since I have no idea how many hours it would take and my group might leave me. After lunch, we had to pack up and leave.
Rode a tricycle to leave the place. 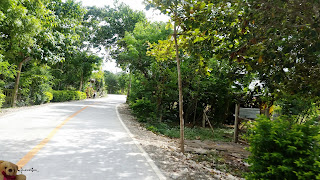 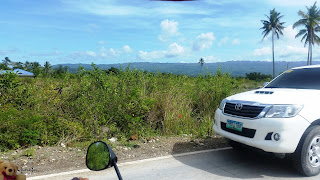 There is mainly trees or plains, and few houses in the area.

Then, we went to the Moalboal bay walk, enjoyed the scenery, took a few photos under the heat of the scorching sun which no one can believe yesterday was so stormy and had threatened our enjoyable short vacation. 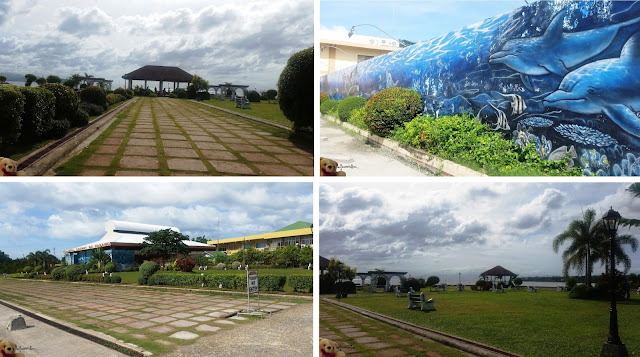 Until we finally decided to ride a Vhire again to the city. Thus, this is the conclusion of my Moalboal trip. Swimming in the sea of Malabuyoc was not enough due to the bad weather. One day, I'll be back and be able to use a whole day of activity within the province. One day, I'll do that and post it here. For now, that would be all. 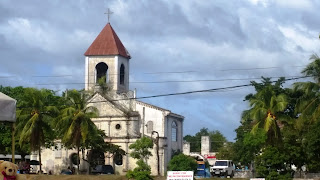 Vhire terminal is just adjacent to this old church.
Thank you as always!