Rascism, Hate and Police Brutality are Alive and Well in Canada 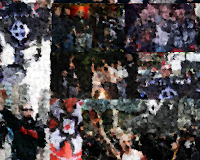 Canadians often see the systemic racism of their southern neighbors as a uniquely American phenomenon. However, the evidence suggests that racism and is alive and well in Canada. There are hundreds of hate groups in Canada and Canadians are involved thousands online channels that espouse rascism, misogyny and other extreme right-wing views.. Canada is a bastions of the white supremacy movement. As reported by the Canadian Anti-Hate Network there are over 300 active right-wing extremist groups in Canada.

These groups target Muslims, Jews, women, LGBTQ+, Indigenous people and people of color. Research shows that Canadians are among the most active online right-wing extremists. As reported by the CBC, research from U.K.-based Institute for Strategic Dialogue (ISD) found that there are 6,600 channels with Canadian involvement that preached hate. On a per capita basis Canadians were found to be more active than average users in the U.S. and Britain. Overall Canadians were found to be producing more content than any other country.

These groups not only spew hateful rhetoric they foment sentiments that contribute to acts of violence. In 2017 a racist neo-Nazi attack in Quebec City killed six Muslim men at prayer in a Mosque. A year later a misogynist attack in Toronto killed 10. These people are a threat to Canadians and people around the world. A Canadian Forces reservist took his white supremacist views to the U.S. where he was arrested for plotting to start a race war

An Ontario Human Rights Commission report found that Black Ontarians were over-represented in police use of force cases (28.8 percent), shootings (36 per cent), deadly encounters (61.5 percent) and fatal shootings (70 percent). There is reason to believe that in some ways police brutality against Blacks is worse than it is in the U.S. A CBC investigation of fatalities in police interventions form 2000 to 2017 found that 37 percent of the people killed by police in Toronto were Black even though Black people make up only 8 percent of the population. Last year in the U.S. 25 percent of those who died in police interventions were Black even though they represent 13 percent of the American population.

Compared to whites, Black people are three times more likely to be killed by police in the U.S. According to Toronto criminologist Scot Wortley, CBC data indicates that Indigenous people have a "police-related civilian-death" rate that is more than three times the national average. In 2019 a report found that 36 percent of RCMP fatalities are Indigenous people yet they represent only 5 percent of the population.

The racist attitudes of some police towards indigenous people was in the news again recently when Chief Allan Adam of Fort Chipewyan First Nation was beaten by the RCMP in Alberta over an expired license tag. They repeatedly punched him and applied a choke-hold leaving Adam's face swollen and bloodied. The incident took place in March and is currently before the courts.

Canada's Indigenous people have suffered through some of the greatest injustices ever perpetrated by Canadians. This includes everything from the residential school system to the epidemic of missing First Nations girls. Sometimes the injustice is obvious as when the Wet'suwet'en people in B.C. were deprived of their rights, and in other cases the abuse takes the form of colonial exploitation.

Rascism, Hate and Police Brutality are Alive and Well in Canada