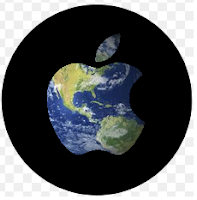 Leading corporations are helping to show the way forward this Earth Day and no company has come further in recent years than Apple.

They were slow off the mark but since Tim Cook took over as CEO in 2011 and hired former EPA administrator Lisa Jackson in 2013 Apple has made amazing progress. Jackson is Apple's VP of environment, policy, and social initiatives. In the last four years Apple has significantly improved their environmental sustainability performance while ameliorating working conditions and transparency.

Standing up to Trump

Despite the anti-environmental orientation of Trump and Republicans, Apple continues to honor and improve on the climate pledges it made under President Obama. In the US Apple has been building giant solar power plants near its data centers and offices in North Carolina, Nevada and California. Jackson is letting the Trump administration know where Apple stands. "One thing this administration has made clear is that they want to hear from business and so we’re going to do everything we can to make our values known," Jackson said.

There are lots of good reasons why businesses are combating climate change. Apple is one of several companies that are resisting Trump and refuting his false narrative that regulations are bad for business.

Apple is a recycling leader. Just in time for Earth Day Apple vowed to add to their efforts by ending mining and using only recycled materials. This commitment is motivated by environmental concerns and to mitigate against risks associated with supply chain shortages. Apple is acknowledging the impact that electronics manufacturing is having on the planet. Rather than mine the earth for rare minerals and metals Apple plans to use only recycled materials for its products. "Climate change is undeniable," the company said in a recent report. "Earth's resources won't last forever. And technology must be safe for people to make and use. We don't question these realities -- we challenge ourselves to ask what we can do about them in every part of our business."

Apple makes the point that bold commitments are required even if the details have yet to be ironed out. Although the specific supply chains have yet to be identified there are sufficient raw materials in the billions of discarded phones and other recyclable electronics.

"We're actually doing something we rarely do, which is announce a goal before we've completely figured out how to do it," Jackson told Vice. "So we're a little nervous, but we also think it's really important, because as a sector we believe it's where technology should be going."

Being a little nervous means they are pushing the envelope of the possible and that is precisely the kind of effort we need to see from the corporate world.

"We are committing as a company to not necessarily having to source from the earth for everything that we need," Jackson said.

Given the rising rates of cell phone use and the low recycling rates (approximately 16 percent in 2014) Apple sees an opportunity and is prepared to lead the industry in the area of using recycled materials.

Apple is among several companies that have taken the "100% Renewables" pledge. Apple relies on renewables in 24 countries accounting for 96 percent of its energy usage. Apple has also encouraged their suppliers to do use renewable sources of power. “We look at our carbon footprint as so much more than just our office, our data centers, our stores – even our distribution centers,” Jackson said. “All that’s included in our 96 percent, but now we’re moving on to our supply chain.”

Apple and its suppliers expect to generate over 2.5 billion kWh annually of clean energy by the end of 2018. Apple is also getting ready to add clean power to the grid. In June 2016 Apple applied for a federal license to sell any excess solar electricity.

In 2016, Apple tripled the number of supplier sites participating in its energy efficiency program. Through this effort Apple suppliers have reduced their carbon emissions by 150,000 metric tons. Apple’s 2017 Supplier Responsibility progress report indicates that the adoption of renewables by several large suppliers will reduce carbon emissions by 7,000,000 metric tons per year by the end of 2018.

The average environment assessment score across Apple’s 705 supply chain assessments in 2016 was 87 out of 100.

Apple worked with Tech-Com final assembly supplier in Shanghai and the local recycling facility to develop a better process for separating and recycling industrial waste and managing food waste. This enabled Tech-Com to recycle 100 percent of its manufacturing and composting its food waste. Since 2015, Tech-Com has diverted more than 10,000 metric tons of waste from landfills. Apple supplier Foxconn Zhengzhou recycling efforts succeeded in diverting 40 percent of landfill-bound waste and much of the remaining waste went to waste-to-energy facilities. In early 2016 Foxconn Zhengzhou was already 96 percent landfill-free and by the end of the year they had achieved their goal of being 100 percent landfill free.

Last year 100 percent of process chemicals at all final assembly facilities were free of “Apple-prohibited substances”. Apple has identified a list of hazardous chemicals in their Regulated Substances Specification list. Apple has prohibited or limited the use of these chemicals in their manufacturing processes. The company is now working with its suppliers to identify and eliminate the use of these chemicals at its non-final assembly facilities.

Apple’s sustainability efforts are a model that others should follow. These efforts are not just good for the planet they are benefiting the bottom line and reducing risks by becoming more resistant to threats. As reported by environmental leader, Apple Foxcoon Zhengzhou recyclingApple’s latest supply chain audit report shows its push for more rigorous environmental standards and renewable energy production across its supply chain is working.

"We’re proud of the progress we’ve made so far," writes Apple COO Jeff Williams, in a letter at the beginning of the supplier responsibility report. "Yet even as you read this, Apple continues to address challenges throughout the supply chain. We are openly working with industry partners, governments, NGOs, and others who share our vision of improving lives and caring for the environment."

As explained in the EL article, "other companies should take note, and look for ways they can improve their supply chain sustainability to stay competitive." Leading companies can take a page from Apple’s playbook and continue pursing environmental sustainability goals across the supply chain.