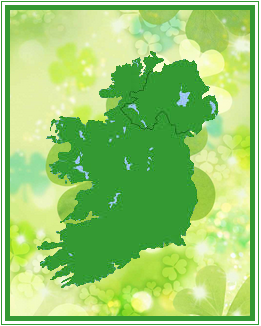 In Ireland, green has many meanings. It can be seen as the color of their national symbol, a way of describing the government's environmentally responsible initiatives and the economic benefits the nation gleans from sustainability.

The government is engaging a number of sustainability related programs and they rank very favorably on a number of green indices.

Although Ireland's green economy is booming, it has not achieved the recognition it deserves. According to the The 4th edition of the Global Green Economy Index (GGEI), produced by private US-based consultancy Dual Citizen LLC, Ireland's performance exceeds its perception. The GGEI ranked 60 countries on how they are developing more environmentally friendly economies, both in terms of actual performance and expert perception of their performance.Ireland occupies the top spot on the Good Country Index which measures how much each country contributes to the planet. Ireland ranked 9th on the list of 58 countries in the Climate Change Performance Index.

In addition to being the home to some of the greenest shopping centers in the world and green schools like Queen's University Belfast, The Irish government is at the forefront of sustainable development.

Ireland is working to cap its national emissions profile and the public sector is leading by example and improving its energy efficiency by 33 percent. Hundreds of millions of dollars are being invested in energy upgrades and tens of thousands of homes and buildings are getting energy efficiency upgrades.

As explained in the White Paper, "Renewable energy is an integral part of our climate change strategy and sustainability objectives. The additional diversity which renewables bring to Ireland’s energy demand will also make a direct contribution to our goal of ensuring secure and reliable energy supplies."

The Irish Government has enacted energy policies, initiatives and support mechanisms to steward the growth of renewable energy.

The greening of Ireland has helped the nation to achieve strong economic growth. Ireland has recently seen its double digit unemployment start to fall. Projections are that the unemployment rate will be 7.8 percent in 2017.