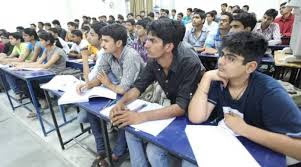 A PIL being Writ Petition (Civil) No. 456/2013 titled as ‘Students Federation of India vs Union of India’ was filed in the Supreme Court for regulating the Private Coaching Centres which have mushroomed all over India. These centres are providing coaching for preparing students for various competitive exams, mainly for engineering and medical courses. These coaching institutes have become a big business. It was contended that due to these money spinning coaching institutes, the regular education has been relegated to secondary position as these institutes focus predominantly on preparation for entrance exam due to which students pay little attention to studies in school; the education was being commercialized and in absence of proper regulation, concerned students are being exploited as these institutes charge hefty amounts.
The Central Government replied that 40% weightage will be given to Class 12th Board Exams marks, based on normalised percentile scores, and the remaining 60% weightage be given to the performance in JEE (Main), thereby substantially reducing the dependence on coaching institutes.
In view of this, the Bench of Justice Adarsh Goel and Justice U.U.Lalit disposed off the petition on 3rd February 2017 asking the petitioner to approach the concerned authorities, this being a policy matter.
The Bench observed thus :
“We are of view that the issue raised in the petition, though important, is basically a policy matter. It will be open to the petitioners to raise the issue before the concerned authorities who may consider the same in accordance with law.
With the above observations, the writ petition is disposed of. Pending applications, if any, shall also stand disposed of.”
Read Supreme Court Order

What Will Happen to Flash Games?
“BUY Sqribble? My Honest Review!
GNU: A Heuristic for Bad Cryptography
-->