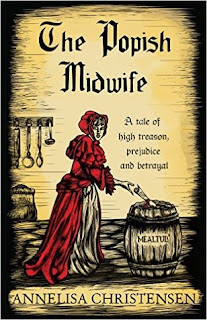 In seventeenth-century London, thirteen years after the plague and twelve years after the Great Fire, the restoration of King Charles II has dulled the memory of Cromwell’s puritan rule, yet fear and suspicion are rife. Religious turmoil is rarely far from tipping the scales into hysteria.

Top 4 Challenges Nurses Faced in 2020
The World observes International Nurs…
Improving Birth: The Mother-Baby Frie…
DEFINING MOMENTS TEASER – LISA’S ARRI…
My first pregnancy experience.
Elizabeth Cellier, a bold and outspoken Midwife, regularly visits Newgate Prison to distribute alms to victims of religious persecution. There she falls in with the charming Captain Willoughby, a debtor, whom she enlists to gather information about crimes against prisoners, so she might involve herself in petitioning the king in their name.
‘Tis a plot, Madam, of the direst sort.’ With these whispered words Willoughby draws Elizabeth unwittingly into the infamous Popish Plot and soon not even the fearful warnings of her husband, Pierre, can loosen her bond with it.
This is the incredible true story of one woman ahead of her time and her fight against prejudice and injustice. 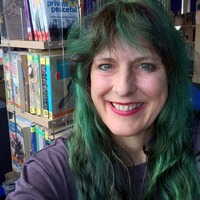 Annelisa Christensen was born in Sussex, took a psychology degree at the University of Stirling in Scotland, then returned to the south to partner in a fashion design company with her childhood friend, Julia. They had fun selling to shops and in street markets all over London, but dissolved the business when children came along, both believing in putting their families first. Delighted to be offered the job of laboratory technician in the local secondary school, in which she had herself been Head Girl twenty years earlier, Annelisa simultaneously wrote a magical realism series (as yet unpublished). She wrote The Popish Midwife after falling in love with Elizabeth Cellier in some 300-year-old loose pages of a trial she bought on the internet. The more she discovered about Elizabeth Cellier, the more Annelisa wanted to share this amazing woman’s story. The Popish Midwife is the result of years of research and writing.