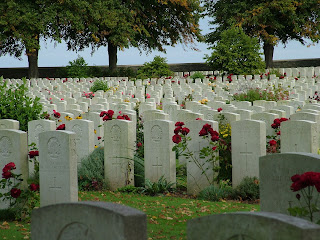 The Eastbourne Gazette on 2nd August 1916, had these two reports of the action at 'Boar's Head'.

“As an old Eastbourian I have been a reader of your valuable paper for some years and I received it weekly in the trenches before I was wounded. I belong to one of the Southdowns Battalions of the Royal Sussex Regiment and am able to tell you that our long training in England enabled the men to become not only good fighters but good workers as well. If any trenches needed making or repairing by our division one of the ‘Southdowns’ Battalions was sure to get the job. With regard to the fighting, all were eager to go over the parapet to meet ‘Frtiz’ when the time came and the ‘Squareheads’ the other side of No Mans land soon learnt what they were up against. You were quite correct in your surmise that some day Sussex people will hear the official truths of what did actually occur and when that is known it will be seen that the Southdowns did their bit in the true British way. Before closing I would just mention that the editor of an influential London weekly once said, “The Southdowns will never fire shot in the Great War.”

He says, “The bombardment was enough to drive us off our heads, but we took three lines of trenches and faced the shells as coolly as anything. I had the bottom of my rifle blown off, but I didn’t get a scratch myself. We were up to necks in mud. We gave them (the Germans) a few pills to go on with. We took several prisoners and all they could say was ‘Mercy, kamarade.’ Our colonel said we stuck it grandly. I think we have got them done for this time. I saw I lot of my chums fall by my side, but I was one of the lucky ones. It is your prayers that have saved my life mum,” concluded the writer, “and I thank God for it.”