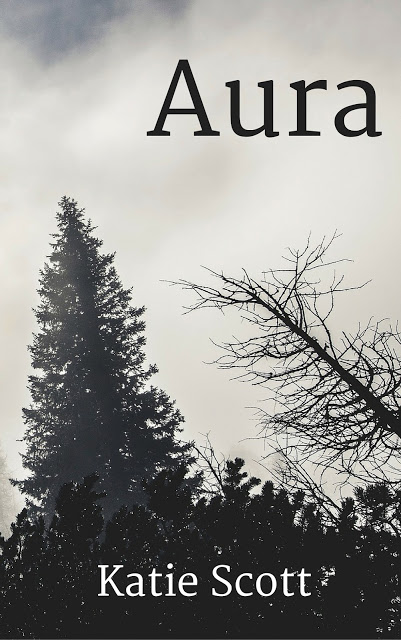 Aura
by Katie Scott
Buy on Amazon UK - Only 99p
http://amzn.to/2dm4yRn
Police officer Darren Grey's career has been nothing but a local laughing stock. All he needs is one break to prove that he can be the cop he's always known he can be.

An eerie graveyard and an internal leak in the department could be the very event that could change Grey's career. But will anyone listen to the most disrespected man on the force?

Sergeant Grey ran as fast as he could down the dark cobbled street after his mark, 20 minutes of solid full force running was starting to take its toll on his middle aged body.
How they could keep it up for this long was an absolute wonder, how can they not be tiring yet?
Rounding many corners and leaping over countless walls, the athleticism of some people was astonishing Grey thought to himself while jumping down from yet another wall, seemingly higher this time.
Crouched on the ground, Grey looked up to find himself in a Graveyard. Crossing his chest, over his pounding heart, he silently apologized in case he ran across someone's grave during his pursuit.
Scrunching up his nose he noticed there was an awful smell in the air, bit like weed Grey made note. Movement to the left. Off his feet quicker than a cat he dashed across the yard towards the movement in the distance.
Fog was setting in making it difficult to see the subject and the obstacles in the boundaries of the graveyard. Stopping short after stubbing his toe on a cornerstone Grey made it to the wall bordering the church. Nearly 15 feet high. No way they could have jumped that, Grey decided scanning his surroundings. Grabbing his radio from his chest he reported in.
"Grey to control. Subject escaped. Lost in Aura graveyard, last seen heading east. Returning to post. Over and out."
In the silence of the night his voice seemed to boom across the darkness. Catching his breath and trying to resume a more regular breathing pattern Grey headed back the direction he thought he'd come.
Stumbling over an uneven grave Grey patted the headstone in apology for disturbing the occupant's sleep and unsteadily rose to his feet, coming face to face with a young lady. Taking a surprised step backwards Grey noted fair hair with a long, vibrant red coat and a leopard print scarf. Bit daring at this time of night, he thought.
Want to read more?
Buy the Kindle download for only 99p!
http://amzn.to/2dm722f