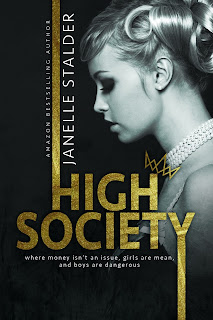 I learned that lesson too many times. With the amount of rich boyfriends mom had coming and going, I quickly learned that there was more to life, and men, than just the size of their wallets. But when mom passed away, money became a whole new issue. Especially when I had a baby to feed, and was still trying to finish my senior year of high school.
But I was handling myself. I was handling the both of us.
Until they came.
The Kings.
And with them came more trouble than I was prepared for. Without warning we were ripped from our home to the last place I wanted to find myself in - high society.
Where money isn't an issue, girls are mean, and boys are dangerous. 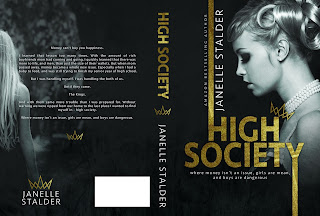 Author Bio
Janelle Stalder was born and raised in Brampton, Ontario. At an early age she developed a love for literature. Her debut novel, Eden, was the first book in a Series of four, released in September of 2011. Since then she has released an Adult Dystopian Romance series, the New World Series, hitting the best sellers list on Amazon. She has also released a Mature YA/NA novel, Brush Strokes, that stayed on the best sellers list for contemporary romance for sixteen straight weeks. She is a strong supporter of other independent authors, and loves to interact with her readers. When she's not writing, Janelle is at home with her husband, three children, Aiden, Elora and Violet, and her two furry children, Alice and Lily. She now resides in a small town in Ontario in her old, possibly haunted, century home.

Quick Tips To Talk Yourself Down From…
You Say Covid-19, I Say Hangar 18!
Can I consistently feel better?
Q&A with Phil Yates: Shaping the Futu…
How long does it take CBD to work? Ho…