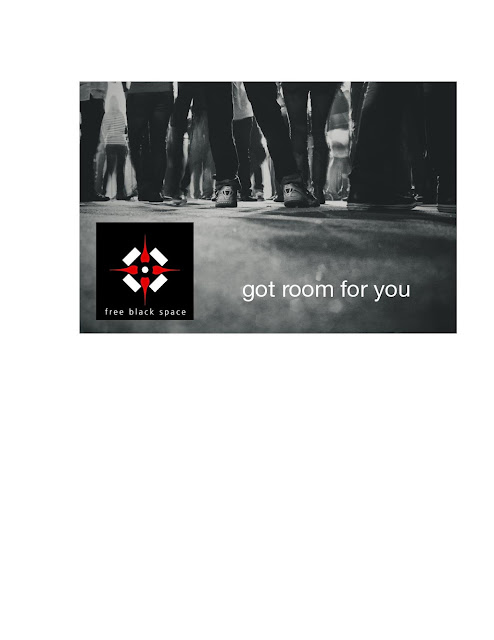 “Institutionalized marginality, the liminal state of social death, was the ultimate cultural outcome…The marginal person while a threat to moral and social order was often essential for its survival.” Slavery and Social Death, Orlando Patterson (1982)

We seem to be in an age that recognizes the mind-body connection. The proliferation of holistic health retail and boutique studios offering specialized physical activities suggest as much. So today it’s practically heresy to suggest that our bodies may well be as separate from the mind as the accessories we use to cover and present them.

What if the body is the body, and that is It? Like, you are your body and your body is you and that’s the end of the story?

It is a harrowing prospect—that the whole of you may well be the progressively deteriorating physical structure in which you move through the world; your complexion and hair, the legs that carry you, any perceived flaws in the structure as the Self? That may be why we decide not to believe that the body is It.

Yet the activities and the retail always come back to a marketing schema that tout their benefits to the body: lean, toned, energetic, glowing—all physical—say that the body is It, at least as a social construct. Through these activities and retail, we create selves by the way we handle and cover our bodies for public consumption. The way we handle and cover them has all to do with the social expectations of what is appropriate and or attractive. Our presentations reveal and corroborate our complicity, rejection, and comprehension of the social expectations.

So sure, the decisions we make mean the body is connected to the cognitive, yet this does not void the idea of the body as It. If anything, it underscores it. It shows a hierarchy of the mind-body connection in reverse. The body takes lead in determining one’s identity inasmuch as identity is the public presentation—a decision made by its owner—of the Self. We are the Self, the body, we create.

So we cover scars indicating our perceptions of the event that caused it, our perception of how the scar will be perceived by whatever gaze, for us, determines ugliness and alienation versus beauty and acceptance. We paint and adorn ourselves to call attention to our bodies; features we love get emphasized in the equivalent of bold, italics, or white space on the page. The body, then, is not just the messenger of the identity but socially, it is the identity.

Accepting this is harrowing not because on its face it requires a rejection of almost every major stream of spiritual thought. Not because it requires a substantial amount of honesty and boldness—though it certainly does. But because it invites the gaze that decides attractiveness and acceptability—who or whatever that gaze is for the individual—and stands before its critical soapbox to be critiqued. The body owner is no longer in control of its Self. Self creation becomes an act tailored by external notions and not one’s own. The gaze interprets and determines who a person is and thus how they will be allowed or expected to exist in the world.

There are few, if any, choices a black body can make that do not speak its history, including the requisite traumas and proud triumphs over them. Under the gaze of the status quo, this body, with its history written all over it, is an indictment of the status quo. Erasing that physical body becomes critical to sustaining not just the aesthetic of the status quo but more importantly its structure.

Erasure is not necessarily the literal murder of it, though that is one way to erase it, but more typically, the suppression of it. Suppression often comes in the form of assimilating the black body into the status quo.

darlene anita scott is a poet and visual artist. Her work has appeared in Quiddity, The Baltimore Review, and J Journal among others. Her research and creative work explore the body’s corporeal performance of trauma and the violence of silence. More of her art, poetry, and musings can be found at darleneanitascott.wordpress.com