Commemorating that it was only a year ago that I read The Bell Jar by Sylvia Plath, today I really feel like having her in my blog. Apart from that, I also really wanted to talk about her here just to remind myself why and how I am the way I am, to celebrate myself, to give me strength and courage. It is really a profound shame that still nowadays a woman has to sort of say she is sorry for being mistress of her own mind and body. Needless to say, I never give a damn about what people think about me, of course. But I admit that sometimes, that lately, that as in this case, I can have wee moments of weakening of the spirit, mostly because these comments come from people really close to me. I am really very open to criticism and to self-criticism too, so I cannot help analysing all the comments I get, no matter how stupid. But then I turn to Plath and I know that everything is alright. With me. I am free. That is why they feel threatened. And are so jealous.

NBA Jam Game Comparison
Should the ends justify the means wit…
Y’all Better Not: They Got The Male V…
The Best Romantic Honeymoon Destinati…
Afloral – Highest Quality Artificial …
For me, Sylvia Plath is not just the outstanding chronicler of her times and specific geography but of my own here and now as well. The Bell Jar still serves as a painfully accurate depiction of society. Things have not changed that much really. But because of that, Plath's magic has not faded, but rather, it shines even brighter in the 21st century. And the process is unstoppable. There is more and more Plath to come in the following decades (because the world will not change much; because there will be more unpublished/secret documents of/about her released...)

Before reading the novel, I was not very sure of what I was going to find there. I knew it was, up to a certain extent, autobiographical, and since we all know a lot about Plath's tragic death, I was afraid it was going to be a painful process, in the sense of being witness to the decline of a wonderful woman like her. My surprise was an overwhelming sense of personal fulfilment. Bliss. Hope. Self-love. Please, never give away your individuality in exchange for society. Be open to dialogue always but never give yourself away! The fact that her profession was that of a poetess also clouded my novelistic expectations as regards the text, fearing it would be just a narration of her life, dates, facts, etc. Nonetheless, just from the very first lines I knew it was going to be one of the novels of my life: the content challenges traditional values; the form works as content too; and if you read the novel, you will read me – the novel read me. 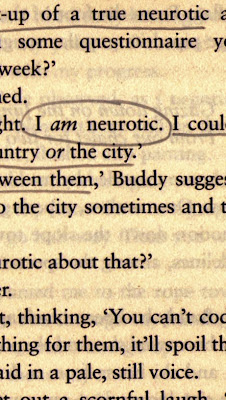 The novel opens with Esther in New York, where she is supposed to find her own identity, to outline her future. However, this quest turns into a failure because she develops a split personality to cope with the defeat. Sylvia Plath's The Bell Jar is a critique on the role of woman in modern society. The author exposes a view of society which is split in two, just as Esther, the protagonist, is. Therefore, society is a battlefield in which male and female languages are at war and the official and eternal winner is male, since the established system is patriarchy, engendered and supported by religion; her disappointment with New York comes from that realisation. Nevertheless, Plath develops progressively a solution to male domination which is born as a response to its violence and involves a dynamic quest for a form that is unique to female. Although it is autonomous, it is rooted in male – just as the universe's principles (Budick). Despite the fact that female principles do not rule our public life, precisely because of that, female principles should reign over our private life.
Plath's universe is sexist. Before going to New York, she is already entrapped by male language: her science teacher, her mother's insistence on her learning shorthand, Buddy Willard's double moral... Nevertheless, her claustrophobic state is heightened after her summer in New York, where she was supposed to find herself, her identity. The quest there fails too, even her most potential female model – Jay Cee – turns out to be just an agent of patriarchy, submitting herself to male language. Although she has not forged her identity yet, she ends her summer with one clear conviction: she will never serve men. And that is precisely what they taught her there: domesticity. This male domination over female is executed through violence. More precisely, Plath symbolises it with electricity. Right from the very beginning, the novel starts by mentioning the electrocution of the Rosenbergs. Patriarchy punishes. It creates a system of fear through electricity. The Rosenbergs' mention serves as foreshadowing of Esther's future decline and shock therapy as punishment for refusing submission to men, for questioning the social and moral code. 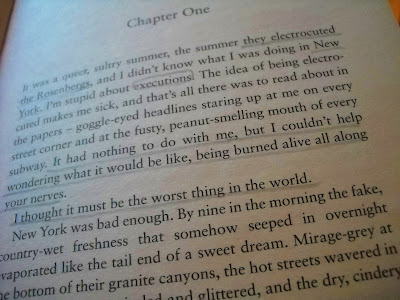 
This post first appeared on Reading In The Dark, please read the originial post: here
People also like
NBA Jam Game Comparison
Should the ends justify the means with Donald Trump?
Y’all Better Not: They Got The Male Version Of BBLs That Make Men’s Penises Bigger – OUT NOW!
The Best Romantic Honeymoon Destinations in the United States
Afloral – Highest Quality Artificial Flowers
5 Best Back Shavers: Buyer’s Guide & Detailed Reviews
Putin is making the same mistakes that doomed Hitler when he invaded the Soviet Union