I was a teenager during the 1990s.
I loved Horror movies and reading horror books (I still do, but this post is about then not now).
For a quick reading fix, I, along with countless others that were my age, would often turn to the line of Point Horror novels that were published by Scholastic. Those of us that had a desire to write our own stories tried our hands at crafting books that we thought were along the same line as those that we read (you can find a few of mine on my Facebook page). Anyway, one of the things that has always stood out the most about Point Horror are the covers. Many of the titles started with the word “The”. Here is a picture of a few of the ones that I own… 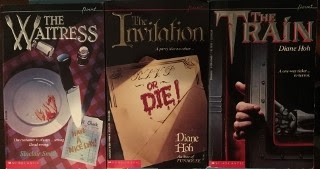 The Waitress, The Invitation, The Train...See what I mean? Another thing about the covers that stood out was the tongue-in-cheek, campy artwork and taglines. I know that the taglines are hard to read in the above photo so I typed them out for you here: “The customer is always wrong...dead wrong”, “A party like no other”, and “A one-way ticket...to terror”. Great, right?
It was only natural for any horror obsessed teen to draw his or her own covers for the books that they wrote. Here is one that I did... 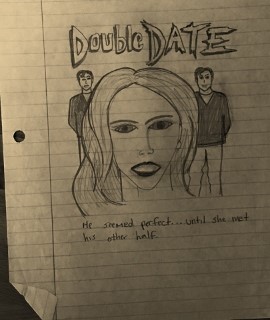 Now, there’s something funny about Double Date (besides the fact that the title doesn’t start with that three letter word that begins with the letter “T”). You see, I never wrote a story to accompany the cover! It is evident to me now that I was just as excited about the cover art, titles, and taglines of the books as I was with the stories. In fact, a whole slew of storyless covers ensued over the next couple of years, some of which I’m sharing with you today. I think I drew most of these somewhere between 1992 and 1995.
And it wasn’t just books that influenced my imagination. While many horror movie fans consider the 90s to be kind of a dull decade for the genre, I know that the movies that were released during that timeframe have been an enormous influence on my writing, even today. As you’ll see, there were certain horror movies that obviously sparked my creativity.
The 90s saw a good bit of technological/electricity based horror, a la Ghost in the Machine and Brainscan. These are but a couple of the flicks that had to have been an inspiration for this beauty of a cover... 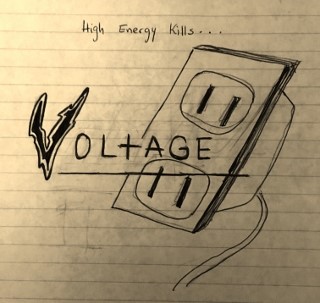 (image by Bryce Gibson)
Another sub-genre that was popular back in the day was dark comedies/horror comedies--Buffy the Vampire Slayer, My Boyfriend’s Back, Death Becomes Her, and Prom Night III, just to name a few. I think that kind of thing just might have had something to do with these... 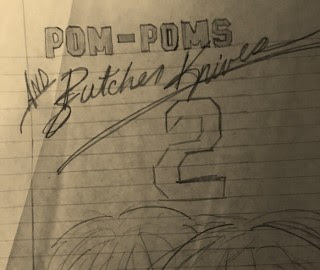 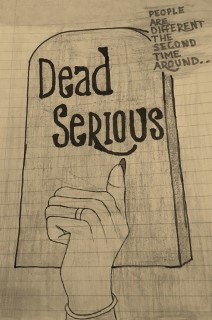 (images by Bryce Gibson)
There were also a lot of psychological/obsession thrillers during this particular time frame. I loved The Crush (again with the “The”). In fact, now that I’m thinking about it, The Crush seemed to draw heavily from many of the Point Horror novels. Movies like The Crush, Poison Ivy, and The Ties That Bind were the kind of thriller/horror crossover flicks that they don’t seem to make any more. Here are a couple of my ideas... 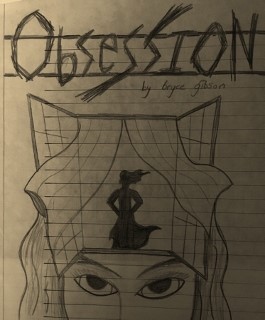 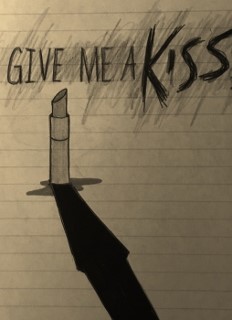 (images by Bryce Gibson)
And let’s not forget the bevy of monster movies and sequels that I rented from the movie store, many of which were released straight to video. 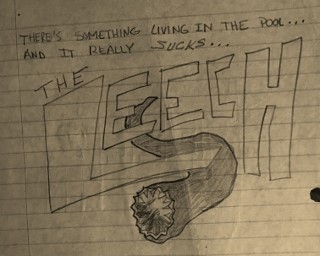 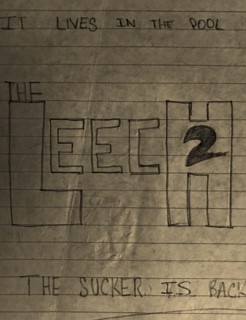 (images by Bryce Gibson)
As you see, the horror movies and books of the 90s surely set a tone for me as a writer and creator. They fed me ideas. I know that the horror genre and all of its silly and crazy sub-genres that I seem to prefer have influenced my storytelling to no end. Nowadays, the horror in my stories is not always done in an explicit, hit-you-over-the-head kind of way, but certain elements of the genre are in everything that I write. I can’t help it. I love it.
Even typing this, I’m nostalgic for the titles that I’ve listed here and the other, unrelated ones that, for no particular reason, come to mind along with them--Dr. Giggles, Pet Sematary Two, Demon Knight; Candyman, Pumpkinhead 2, Children of the Corn 2, 3, 4, 5; okay, I’ll stop.
I can vividly picture all of the awesome VHS artwork for every movie that I’ve mentioned. Like the Point Horror books, the covers were the first things that drew me in. The cover was what made me pick it up in the first place. There was a great amount of excitement that came from just seeing the book or movie on the shelf.
Speaking of, I’m pretty darn sure that my black t-shirt wearing teenaged self would have snatched this one up in a heartbeat… 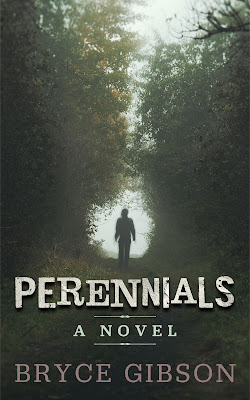