Book Spotlight: Against All Silence 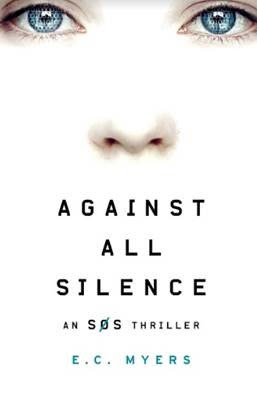 The new novel AGAINST ALL SILENCE (pub date: August 23, 2016).
The book, which is a sequel to Silence OF SIX from E.C. Myers, will tell the next part of Max’s story with some recurring characters from its predecessor.

How To Find Your Purpose And Passion …
Top Extracts Kratom Review
$50 Million Stolen from Upbit
How to Love Mondays and The Rest of T…
Little Net Big Net
E.C. Myers is the author of the Andre Norton Award–winning Fair Coin and Quantum Coin, young adult science fiction novels published by Pyr.
It’s a fun read that combines thriller with computer hacking knowledge.  It’s a little Mr. Robot.
After being a key figure in the exposing of government corruption, Max Stein has spent a quiet semester abroad in Paris, studying, staying off the Internet, and looking for his long-lost mother. But just as he is about to fly back to the United States for the holidays, trouble manages to find him once again.
Max receives a call from Penny, his on-again-off-again girlfriend who is part of the expert hacking duo DoubleThink. She wants him to meet with Ada Kiesler, a high-profile whistleblower hiding out at a foreign embassy in Berlin. Max has no interest in getting drawn into another corporate conspiracy. But when airport security suddenly detains him on suspicion of cyber-terrorism, he has little choice but to get involved. Soon Max and Penny are tangling with a new group of shadowy figures who are determined to control how the world shares its information. And some figures from Max’s past resurface, including his own mother, whose life has mirrored his own in more ways than he’d realized.
In this action-packed follow up to THE SILENCE OF SIX, Max and his Hacker Friends must fight to expose a Corrupt Corporation that has been systematically taking control of the Internet.
AGAINST ALL SILENCE
Author: E.C. Meyers
Release Date: August 23, 2016  (hardcover)
Genres: YA Thriller, Hacking/Computer Science
Synopsis: In the action-packed sequel to SILENCE OF SIX, Max Stein and his hacker friends must fight to expose a corrupt corporation that has been systematically taking control of the Internet.
PUB. DATE: August 23, 2016 / 368 pages / $13.99
ISBN: 9781945293085
PUBLISHER: Adaptive Books
B&N LINK: Here

Book Spotlight: Against All Silence