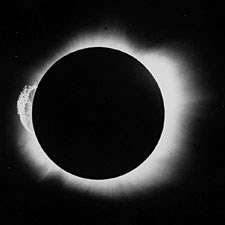 Was Newton right and Einstein wrong? It seems that unzipping the fabric of spacetime and harking back to 19th-century notions of time could lead to a theory of quantum gravity.
Physicists have struggled to marry quantum mechanics with gravity for decades. In contrast, the other forces of nature have obediently fallen into line. For instance, the electromagnetic force can be described quantum-mechanically by the motion of photons. Try and work out the gravitational force between two objects in terms of a quantum graviton, however, and you quickly run into trouble—the answer to every calculation is infinity. But now Petr HoYava, a physicist at the University of California, Berkeley, thinks he understands the problem. It’s all, he says, a matter of time.
More specifically, the problem is the way that time is tied up with space in Einstein’s theory of gravity: general relativity. Einstein famously overturned the Newtonian notion that time is absolute—steadily ticking away in the background. Instead he argued that time is another dimension, woven together with space to form a malleable fabric that is distorted by matter. The snag is that in quantum mechanics, time retains its Newtonian aloofness, providing the stage against which matter dances but never being affected by its presence. These two conceptions of time don’t gel.
The solution, HoYava says, is to snip threads that bind time to space at very high energies, such as those found in the early universe where quantum gravity rules. “I’m going back to Newton’s idea that time and space are not equivalent,” HoYava says. At low energies, general relativity emerges from this underlying framework, and the fabric of spacetime restitches, he explains.
HoYava likens this emergence to the way some exotic substances change phase. For instance, at low temperatures liquid helium’s properties change dramatically, becoming a “superfluid” that can overcome friction. In fact, he has co-opted the mathematics of exotic phase transitions to build his theory of gravity. So far it seems to be working: the infinities that plague other theories of quantum gravity have been tamed, and the theory spits out a well-behaved graviton. It also seems to match with computer simulations of quantum gravity.
HoYava’s theory has been generating excitement since he proposed it in January, and physicists met to discuss it at a meeting in November at the Perimeter Institute for Theoretical Physics in Waterloo, Ontario. In particular, physicists have been checking if the model correctly describes the universe we see today. General relativity scored a knockout blow when Einstein predicted the motion of Mercury with greater accuracy than Newton’s theory of gravity could.
Can HoYYava gravity claim the same success? The first tentative answers coming in say “yes.” Francisco Lobo, now at the University of Lisbon, and his colleagues have found a good match with the movement of planets.
Others have made even bolder claims for HoYava gravity, especially when it comes to explaining cosmic conundrums such as the singularity of the big bang, where the laws of physics break down. If HoYava gravity is true, argues cosmologist Robert Brandenberger of McGill University in a paper published in the August Physical Review D, then the universe didn’t bang—it bounced. “A universe filled with matter will contract down to a small—but finite—size and then bounce out again, giving us the expanding cosmos we see today,” he says. Brandenberger’s calculations show that ripples produced by the bounce match those already detected by satellites measuring the cosmic microwave background, and he is now looking for signatures that could distinguish the bounce from the big bang scenario.
HoYava gravity may also create the “illusion of dark matter,” says cosmologist Shinji Mukohyama of Tokyo University. In the September Physical Review D, he explains that in certain circumstances HoYava’s graviton fluctuates as it interacts with normal matter, making gravity pull a bit more strongly than expected in general relativity. The effect could make galaxies appear to contain more matter than can be seen. If that’s not enough, cosmologist Mu-In Park of Chonbuk National University in South Korea believes that HoYava gravity may also be behind the accelerated expansion of the universe, currently attributed to a mysterious dark energy. One of the leading explanations for its origin is that empty space contains some intrinsic energy that pushes the universe outward. This intrinsic energy cannot be accounted for by general relativity but pops naturally out of the equations of HoYava gravity, according to Park.