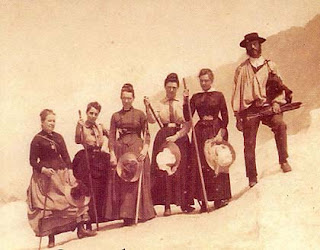 Highly intelligent and ambitious, Mary Taylor is defined as a woman who broke new ground at a time when a woman’s place was deemed to be very much in the home.
She yearned to travel – and did – as part of her educational journey and sharing her experiences with one of her dearest friends, Haworth author Charlotte Brontë.
The pair would often meet at Mary’s home – Red House – a red-brick building in Oxford Road, Gomersal, which was a museum until December when it closed to the public due to budget cuts.
Born on February 26, 1817, Mary was one of six siblings. She was the fourth child and eldest daughter of Anne and Joshua, a cloth merchant and banker.
Mary’s early education began at Roe Head School in Birstall, where she would meet fellow scholars, Charlotte Brontë and Ellen Nussey. The teenagers would become part of Mary’s close circle of friends.
In comparison to Ellen, we learn Mary was politically liberal and outspoken in her views, while Ellen was said to have been socially and politically conservative, appearing feminine and ladylike.
The women stayed in touch through correspondence but there is suggestion of a rift between Mary and Ellen following Charlotte’s death caused by Mary being reluctant to talk about Charlotte and Ellen being happy to share her memories.
All appear to be strong-minded women. Charlotte certainly had a determined will, a quality she appears to have shared with her friend Mary, whom she is said to have described as having “more energy and power in her nature than any ten men you can pick out”. (Read more) (Richard Parker)

With very little English at her command, Yuki has come to Britain from Japan, ostensibly to visit her London-based sister, but the real purpose of her journey is to reconnect with her late mother, who visited Brontë country 10 years earlier. Yuki makes an endearing fish out of water, odd and slightly comical, fixated on retro visions of the future and filling up notebooks with designs for new inventions. She sees herself as a detective ferreting out the truth behind her mother’s death, and one can’t help admiring her resolve as she makes a very touching pilgrimage, visiting the same places and recreating the photos her mother took on her last holiday. Her investigations have led her down some esoteric paths, which turn out to be central to the story. Britain seen through Yuki’s eyes is exotic and strange, and perhaps it’s that sense of distance that enables Booker-nominated Mick Jackson to evoke the Yorkshire countryside so vividly as he chronicles her voyage of discovery. (Alastair Mabbott)

The Guardian reviews the exhibition Diana, Her Fashion Story at the Kensington Palace in London:

Supposing exhibitions of designer clothing are the ideal way to command respect for a public figure, the nature of Diana’s legacy is particularly vulnerable – as memories fade of her consistently astonishing behaviour – to being lost under a heap of jewelled Versace and fashion writer superlatives. Where the interest in most celebrated scraps of historic clothing, from the Brontës’ tiny dresses to Mrs Thatcher’s ghastly suits, arises from knowledge of their wearer’s achievements, the Diana exhibition suggests – as some of her detractors will think, accurately – that looking lovely in different clothes was, as with the current range of princesses, pretty much her life’s work. (Catherine Bennett)

The Daily Mail talks about the last episode of BBC's Taboo:

[Tom] Hardy had been mesmerising as Delaney, even when he strayed into the realms of absurdity (especially then): the missing link between Dickens and a Marilyn Manson video, a cross between Heathcliff and Colonel Kurtz. (Jim Shelley)

The Sunday Times also mentions Taboo and To Walk Invisible:

When it comes to period drama, we’re not in Cranford any more. Dame Judi Dench in a nice bonnet seems like a distant daydream: recent costume dramas have mostly come accessorised with a hacking cough and a spray of blood, from the tubercular Brontë biopic To Walk Invisible to Agatha Christie’s Witness for the Prosecution, a thriller that looked as if it was filmed from the bottom of a spittoon. That’s before you go anywhere near Taboo’s lurid Regency brutality and unpleasantly inflated Mark Gatiss. (Victoria Segal)

Keighley News announces one of the upcoming Parsonage Unwrapped talks:

Parsonage Unwrapped returns to the Brontë museum in Haworth on March 31.
The popular monthly series of behind-the-scenes events will this time focus on Branwell Brontë and his travels. He had ambitions to be a man of the world, and visitors will hear about his trip to Cumbria, Liverpool and North Wales. They can find out if he really did make a trip to London to present his drawings to the Royal Academy of Arts. (Richard Parker) 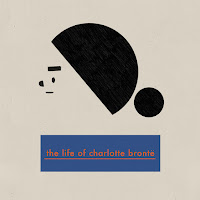 Manjit Thapp.
This unique illustrator amuses and bemuses with her colourful silent comics and blend of traditional and new media. For her, the pencil is king. Stands to reason she’s been commissioned to design interesting book covers such as Gillian Flynn’s ‘Gone Girl’ and Elizabeth Gaskell’s ‘The Life of Charlotte Brontë’. She keeps her process alive and bouncy by constantly scanning the net for inspirational pictures and listening to music – so bouncy she’s come up with a line of sticker sheets to colour your life, as well as your phone case. (Chantal Brocca)

Hoyesarte (in Spanish) talks about the Barcelona production of Jane Eyre:

This post first appeared on BrontëBlog, please read the originial post: here
People also like
Interview: Mason Keck of Jive Mother Mary
20 Best Family Games To Play On A Road Trip
Soutien-gorge sans armatures Cotton Delight
Strange Groups
A Pre-Christmas Christmas Card
Watch Dogs Legion Review – You Really Can Play as Anyone, and That’s Fun!
Discover the Best Things to do in Portovenere, Italy
Remote Learning Resources for the First Weeks of School
The album of memories of Mary and Stella McCartney