Murder at the Mushaira by Raza Mir

"Murder at Mushaira" by Raza Mir has attracted my attention the moment I saw the cover photo. I was attracted to the Detective nature of Mirza Ghalib portrayed in the Book. 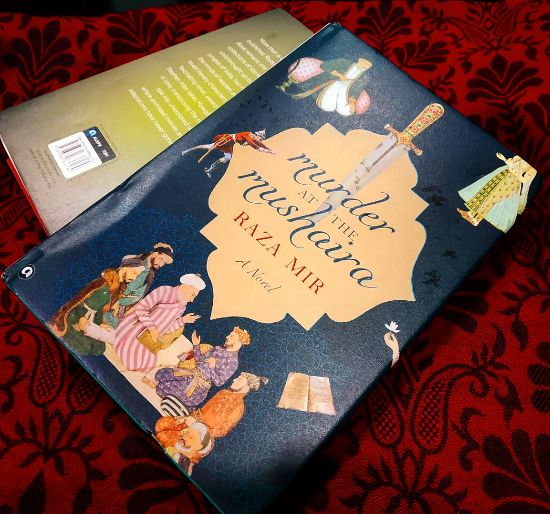 As the name suggests, the story is based on a murder investigation that happened after a mushaira. Let me give you a little gist. One of the royal houses in Delhi had a tradition of holding mushaira during the month of Ramazan. The royal house is Iftikhar, and Miya Iftikhar had an unspoken grudge against Ghalib as Iftikhar's wife had a crush on Ghalib before her marriage. Murdered entity here is Khairadabaadi, who was a spy for Angrez and was killed just before he was supposed to give his report on newly introduced Kartoos. The story is strongly linked with the 1857 independence movement, and murder was making things more mysterious. Multiple people's lives and wealth were at stake if the case was not solved within a week. Readout how Ghalib with his unique style works on the case.

I was expecting a thriller based on simple historical fiction. But the book has much more to offer, it presents cultural fit, socio-economic scenario, slow death of Mughal Empire and rise of English rule, people's state, etc. e

Do You Ever Visit the Grief Garden of…
Landmark beach Lagos: All you need to…
51 Best Start-up Ideas to Try
6 Benefits of Farm Recruitment Agency
Spider-Man: If This Be My Destiny - L…

Everything is portrayed wonderfully. The language is appropriate for the culturally-driven novel. The pace is medium too fast based on the plot's demand. Characters like Iftikhar & his wife, Umrao (Ghalib's wife), Inspector were given good space to get mature. You will find a strong flavor of historical facts while reading. The mystery behind the killing will keep you to edge.

I will say the book is a masterpiece. One may give time to enjoy this book. If you are a ghazal or poem lover you will find multiple stanzas throughout the book.

Murder at the Mushaira by Raza Mir