The Battle of Belonging: On Nationalism, Patriotism, And What it Means to Be Indian by Shashi Tharoor

How can you judge a person just by prejudice passed on by others? In the same way, I heard a lot about Shashi Tharoor and his writing style. I wanted to have a first-hand experience of the same. And though I strongly believe in the need for strong leadership and think a persona like our current Prime minister must be there on top, I wanted to read the veteran's thoughts. So I took the Book to know his views.

How To Overcome Nightmares and Sleep …
Where Do You Keep Your Money In The C…
Top 10 Sites to watch Telugu Movies O…
Spider-Man: If This Be My Destiny - L…
Top 10 Best Sites Like GoStream To Wa… 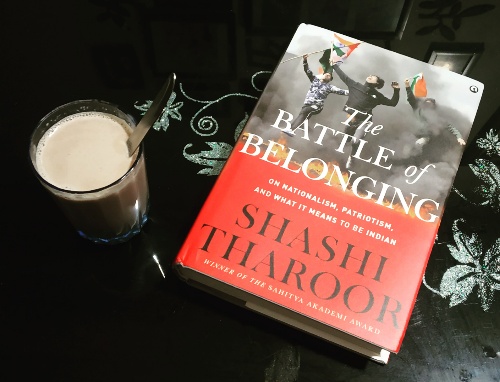 Frankly speaking, the book changed hands twice before it came back to me. After reading a few pages, I became reluctant to review the book, so I gave it to my teammate. She returned the book with the same feedback, so the ball again fell in my court. So here I am to give you a brief of the book.

As per the title, one may feel that Mr. Tharoor has tried to present his thoughts of Nationalism and Patriotism, and his dream of being a true Indian. But I found content more of a collection of editorials. Also some topics he beautifully (also with vocabulary) explains and shows how the Current Government fails in achieving so. Those who don't know about Mr. Tharoor's political affiliation may find the book a good work that presents underlying problems of government.

But for those who are aware of his alliance with the Congress party, can easily identify his use of this book as a platform to loathe the current government. I don't mind if his allegations are just opposed to BJP, but by doing so he became forgetful of his party's misdeeds in the last 50 years. Also, I found it difficult to digest when he bombarded the country at large because it is not in line with his idea of freedom and Nationalism.

As usual, the language of the book is at a higher level. It demands full attention. And the book is not on a neutral note. You can find bias.

The Battle of Belonging: On Nationalism, Patriotism, And What it Means to Be Indian by Shashi Tharoor