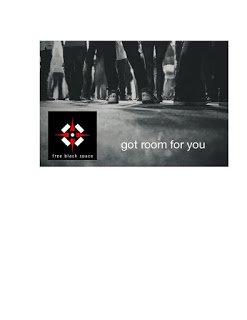 I call my son, whose twenty-five, lives in Philly, and seems to have made his transition out of the American black male danger zone safely, to ask him about The Wire.  Though I spent decades watching little T.V., I recently have been tractor beamed into The Wire by binge-watching.  I grew up watching General Hospital with my sister, and sometimes we would put the timer on the VCR to tape the show if we were getting home late.  Digital streaming amazes me, and I feel I am watching too much T.V.  I have to thank or blame Netflix for changing the way Americans consume media.  They  introduced digital streaming of video content in 2007 and changed the game.  No more VCR's, no more taping, less waiting.    I’ve watched close to sixty hours of the show in just three weeks, and my mind is confused about the line between reality and T.V..

My son says, “Dad, You know the dude who shot Omar went to Bowie.”; and I pause in a place that exist between the world of entertainment and my tiny life.   I am watching a show that was filmed and aired over a decade ago, and lose my bearing.  I ask myself, “How could that little boy attend our University?”; and then, “How the hell, he get in if he shot Omar? “


I’ll blame the binge watching for the way I lose my center.  If there was ever such a thing as a couch potato, binge watching has taken it to a new level.  Show after show, hour after hour, I have clicked and scrolled through the streets of  Baltimore, drug dealing, and violence that makes me even more thankful for my son’s success.  He graduated from the University I teach at with a 3.8 average and has been off to the races:  good jobs, a house, and now a brand new car.  He is stable in ways that few of the black males on The Wire are.  Watching The Wire makes me wonder if it is good hard work or just luck that an African-American male makes it to adulthood with his psyche in tact.


By the time I get to the fourth season the lines between reality and my tiny life blur gain.   There, a young man sells a car to a drug dealer.  He has dreadlocks and is reasonably clean cut.  I recognize him from my past.  “Man, that’s Khalid!”, I say.  Good ole Khalid who used to work in our black bookstore.  He was the prize employee: always came to work on time, clean-cut, and son of parents who were both University professors.  It was Khalid that amazed me with his story of meditating at the age of five under the tutelage of his mother; but on The Wire he is cast  as a man who stands outside the boundaries of civil society selling a car to a boy who has murdered someone in the streets.  I am binge watching and  the shock fades as I move to the next scene and the next show.  Khalid comes back to me later, as I sleep off the binge.  He’s in the cracked out streets Baltimore, getting paid to act like he is less than inspirational, but he tells me everybody has to have a job, a way to survive.  The lines blur again.  I understand; but then I know there is lie somewhere between the subtext, somewhere in the endless hours, somewhere in the binge.

By the time I finish, I am exhausted from watching.  I am entertained, but also doubtful.  Binge watching The Wire has taught me to look at my life differently.  I am less certain of my own agency, and imagine a horrific world I have protected my children from that is just a city away, a T.V. screen away, a digital stream away.