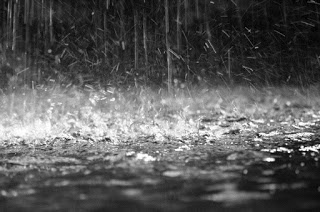 Given the recent success of so many African-American authors is it possible to envision a black press publishing a work that wins a major literary?

The press could use that success to provide jobs and money that could be recycled into the African-American literary community.  Some of success is not the money you make, but rather the money you distribute within your institution.  Other parts of the success are the way you direct the money and finances you receive to others outside of your institution who share your views and are more likely to return those investments to you and your community.

One way to look at my role in my bookstore is as  someone who  believes in literature is the way I chose to distribute the gross sales of the business.  Employees, vendors, charity causes, contractors, insurance people, accountants, lawyers etc...

Many diversity issues are resolved by money.  It is always fascinating to me, to talk about policy as guaranteeing folks money.

Business is part of the infrastructure of a community.

The irony of black capitalist critiques is most folks do business with people who will give them the most money regardless of diversity.  Critiques of capitalism rarely critique individualism.

My eldest son after a year and a half at his first job out of school took a job making less money to be closer to home and increase his stability.  It wasn't even a long play or trick.  He had a plan, but he took less money.

While successful authors receive celebrity status and wealth to sustain themselves and their families going forward; many members of the non-diverse literary industry receive rewards along with them.  The lack of black infrastructure  is a consequence of the history of the country.  We may talk about the now, but many of our deficiencies as a community are linked to the past.  The post-integration market economy of blackness. pays high returns because blacks lack the capital to successfully promote themselves.

Moving forward we should imagine in ten years that some diversity issues will be resolved by simple economic decisions handled by those who run the company that benefits from our enormous success.

We have been successful enough in these last ten years to manage more portions of our success in the next ten.