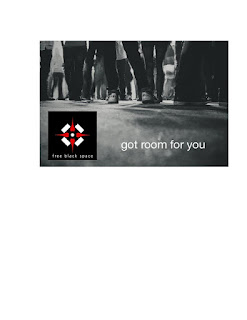 my Dream Starring the devil
the river ran backwards and the music in the world
sounded like heavy metal and murder, my daddy
came up from his grave and asked what the fuck
is you doing son? and he don't curse, i drove out

Hollywood Dentist Providing Red Carpe…
Robotime Rolife Wall Hanging Decorati…
SITW Returns to Virginia Beach in 202…
Understanding The Importance of CSS I…
How Ben Franklin Helped Ignite the Je…
one morning with bacon on my breath to find
all the stop signs had disappeared. New Orleans
men who skipped the dirge now singing hallelujah.
everything changed, but I didn’t trust em. they say
you gotta go down into the basement and find
you some a them ole boots that ain't ever gonna
shine no more, cuz where we going there's plenty
a mud.  they lead me past the church and my grandma's
singing the sanest prayers to white jesus mixed
with blood, fear, and things she ain't never
told nobody.  down on to the river where it waits
for me like a woman whose husband been out
all night long. right where it bends, and cuts into
the earth toss and turn muddy water mist
in the air. That’s when angels start sharpening
their blades, water rises, and tiny drops glint
in the sunlight.  they say jump in, and sweet song
Jesus like he coming back, but fear shook me
like a shopkeeper who caught me putting little
candies into my pocket, somewhere my mother
cried out asking where's my boy.  i couldn’t do it.
what had I become? i went barefoot back
into the woods with a lust stretched over my head
like a stocking cap, the line on my forehead running
east to west. the woods filled with men who drank
blood calling nigger dangerous jokes, aberrations
eating flesh stoking fire, rubbing their bellies
chanting freedom like a pagan idol, freedom
pickling hate stomping babies to death
tattooing brains with nightmares, worshipping
fear as a god and offering sacrifice. they killed
me and said this is your inheritance, home
i asked and sought, tapped out on the earth
beneath me, home like morse code
in a dark sea. without the thirst of the long traveler
you might say it's funny, but I always ate
and drank, kool-aid laced with sugar, hamhocks
the eggs and pork brains, the scrapple, little
colored bubblegum, taste as forgetting, some
cane sweet syrup, some molasses, some dying
home where lying could not lie, whisper they said
the bible says, get on your knees, pray, show
some respect for the cadillac and elegance
can't, we won't, stop on a dime, bring it back
up, sip iced tea with just a little bit of whiskey,
but it ain't all that bad.  there's that big bright moon
that keep coming no matter how bad things look
and when she shine, something in me still sing
there's everything to get over, but nothing like
morning.  i watch it all the time, creep into
the houses and make people rise, walk, and cook.
birds sing and shit, squirrels stop stutter and look
at me, the bees, and the flies, until the dusk sinks
heavy at the doorstep of those who dance heavy
with breathe. a cool glass of water my friend
something simple.  the long hard day men sang
about, the dying sun who goes home every night
cuz shit don't stay hot forever.  concrete pillars glow
in the dark painted neon showing you the way
to kill yourself, the old men said that's the point.
then you’ll forget how to Dream bones, no more
silk dresses with lace trim for your wife, you won’t
be able to make it happen every again. what matters
now: it's almost fall and there's a dying in the earth
every human being knows, like the earth is hungry
and one knows the coming is fear and agony
the devil came to me and told me this.  this
is your story he say.  i was stupid enough to listen.